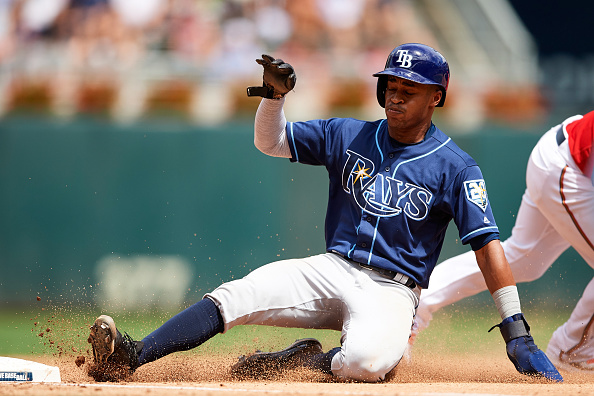 Mallex Smith , TB OF – As discussed on the Fantasy Alarm Fantasy Baseball Podcast, I mentioned that Smith was a trendy pick for steals before the season. However, some lackluster weeks and an ill-timed injury cost him some time, but he’s come back healthy, rejuvenated and enjoying a breakout campaign. His .298 batting average is solid enough, but combining that with an OBP north of .370 is the reason that he could push for the American League lead in stolen bases from August 11th on. It’s feasible and certainly not out of the question. Smith is red-hot of lately, and what’s also encouraging is his success rate on the bases since the Midsummer classic.

Before the All-Star game, Smith was 16-for-23 on stolen base attempts, good for a 69.6 percent mark. However, since the break, he’s 7-for-8, a much improved 87.5 percent mark. This guy can fly and he can run. Back in 2013, he stole 64 bases in 110 games in A-ball. A few years later in 205, he swiped 34 bags in 69 games at the Triple-A level. Smith is a legit burner and is a must-own in fantasy baseball. At this juncture in the fantasy season, Smith is criminally under owned. 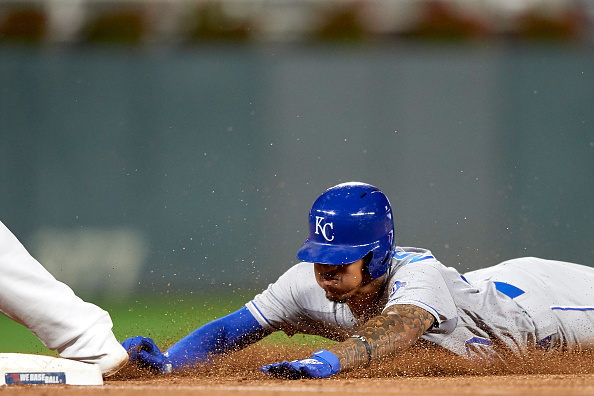 Adalberto Mondesí , KC 2B/SS – Kansas City has endured a tumultuous season, but getting a look at some youngsters can lead to some profit for us fantasy owners. Mondesi, a 23-year-old second baseman, has been a demon on the basepaths during his short time with the big league squad. He’s stolen 12 bases through his first 34 games on the young season and he’s only been caught three times. He’s getting enough run in the lineup to warrant a roster spot, unlike in previous years where his main role to the club was a late-game pinch runner. Thanks to Mondesi, the Royals have been one of the more aggressive team on the bases in the last week, and if that continues, Mondesi will be a category winner the rest of the season. In the past month, Mondesi is tied with Mike Trout and José Ramírez for the third-most steals in Major League Baseball.

Amed Rosario , NYM SS – While he isn’t tied for third in Major League Baseball in terms of steals over the past month, he’s only one steal behind Mondesi and firmly entrenched in the four spot. That is the New York Mets’ middle infielder Amed Rosario . I’ve said it before numerous times, both in this piece and on the Fantasy Alarm Fantasy Baseball Podcast, but I’m an Amed Rosario truther and nearly refuse to give up on him. He’s only hitting .230 on the season, including paltry marks of .210 and .148 in July and August respectively, but the 22-year-old from the Dominican Republic is uber-talented. In dynasty formats, he’s a must own, and I believe the rest of way, he can be valuable in deeper mixed and NL-only setups, because if he catches fire, the stolen bases should pile in bunches.

Rosario is 11-for-17 on the season on the basepaths, which is far from ideal, but in 94 games, he was successful at a 76 percent clip, so with time, his success rate should increase at the game’s highest level of competition. It’s been a rather down year for the young shortstop, but he’s uber-talented and he’s going to figure out sooner rather than later.

Jonathan Villar , BAL 2B – Villar only has two stolen bases over the past month and just one since joining his new squad, but this guy is only a couple years removed from a 60 stolen base season! However, you cannot steal a base if you in fact, don’t reach base! Since joining the Orioles, Villar is 9-for-25 since joining the club and if he continues to get on base at an above-average clip, we could see the stolen base total really take off for the 27-year-old second baseman. When he has decided to run this season, he’s been very successful, posting a success rate of an exceptional 88.2 percent (15-for-17). His Spd rating on Fangraphs is lower than it’s been in years, as has his BsR, but the game of baseball is crazy and Villar could get hot on the base paths at the right time.

While it’s far from a guarantee, Villar could end the 2018 MLB campaign with anywhere from 20-25 steals, meaning another 5-10 steals is easily attainable. That may not sound like much, but speed is valuable and every stolen base the rest of the way will count. As the season draws nearer to the finish line, it’s good to have a few burners in your lineup.