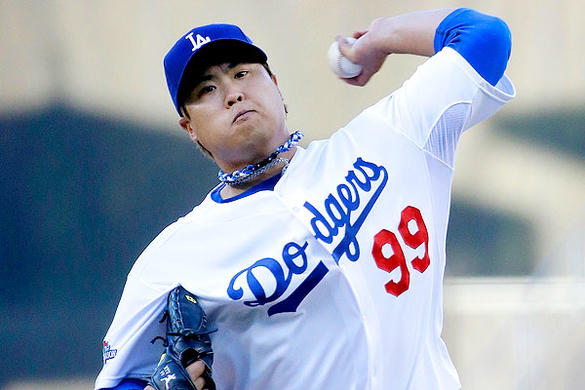 Ender Inciarte OF, ATL- Inciarte is having himself quite a week on the base paths as the Braves outfielder has stolen six bags over the last seven days and on the year has swiped a major league leading 13 bases.  Inciarte’s career high in stolen bases is just 22 so he is well on his way to obliterate that total.  Those who drafted Inciarte did so hoping he could repeat last year’s success and they should certainly be pleased with this start. 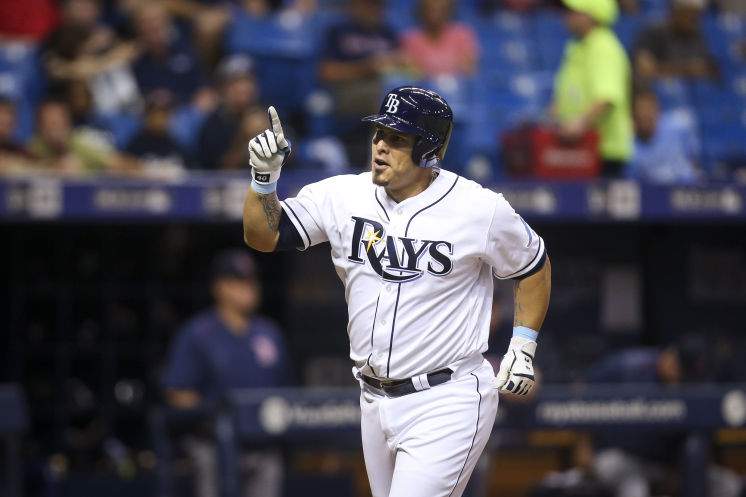 Wilson Ramos C, TB-  When healthy Ramos is one of the leagues better offensive catchers and over the last seven days he has showed why by hitting .500 (7-for-14) with four runs, three home runs and eight RBI.  On the season Ramos is hitting .292 with four home runs and 13 RBI.  The batting average isn’t necessarily a fluke and we know the power is the real deal yet Ramos is owned in just about 50-percent of standard leagues.  He should be owned in all formats right now and has the potential to finish as a top five catcher in mixed leagues.

Hyun-Jin Ryu SP, LAD- Injuries have plagued the Dodgers starter over the past few years but when healthy he has been a productive start.  Last season he appeared in 25 games (24 starts) for the Dodgers and went 5-9 with a 3.77 ERA while striking out 116 over 126.2 innings.  This season Ryu has been maybe the best we have seen him, going 3-0 with a 2.22 ERA and a 0.85 WHIP while striking out 34 over 28.1 innings (five starts).  While owners should always be wearing of his arm troubles he should continue to see his ownership levels rise, especially if he has another strong start on Wednesday against the Diamondbacks.

Shohei Ohtani SP, LAA- Though Ohtani has thrived at the plate so far this season Ohtani the pitcher has now been knocked around in his last two starts by two of the leagues better offenses in the Red Sox and Astros.  Boston chased Ohtani after he allowed three runs on four hits over two innings and though the Angels claimed his struggles were due to a blister he then allowed four runs on six hits over 5.1 innings to the Astros in his next start.  He is expected to take the mound next on Friday against the Mariners where he will face a Seattle lineup that just got Ryon Healy back. 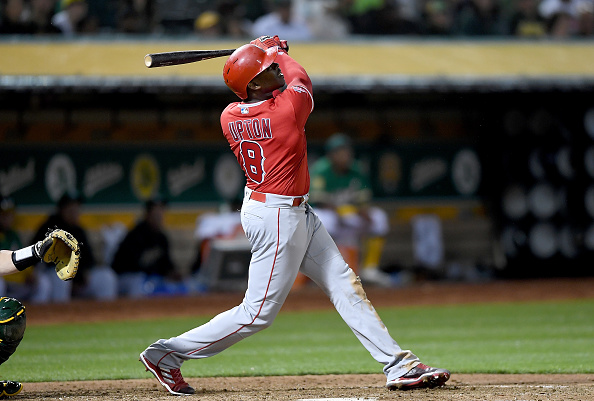 Justin Upton OF, LAA- I am not trying to pile on the Angels but they have some guys in their lineup that are really struggling right now but Upton is certainly has the highest profile of the bunch.  Upton currently has just four hits in his last 20 at bats and on the season he is hitting just .229 with 15 runs, four home runs, 13 RBI and two stolen bases.  Upton had an ADP of 37.9 heading into the year after a monster 2017 which saw him hit .273 with 100 runs, 35 home runs, 109 RBI and 14 stolen bases.

Scott Kingery 2B, PHI- There was a lot of hype around Kingery after the Phillies gave him that contract to start the year and he got off to a nice start but now he needs to make an adjustment as he is hitting just .211 over the last seven days and on the year he is hitting just .225 with 12 runs, two home runs, 13 RBI and three stolen bases.  Kingery has both home run and stolen base upside but this might not be the year that skill set is fully realized.