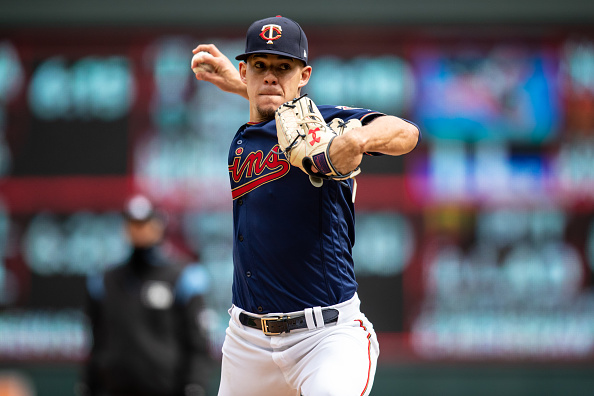 As April has given way to May fantasy baseball players are still faced with trying to manage their teams while a bunch of their high profile stars remain on the IL. They’re also trying to find that perfect mix of pitchers who can withstand the onslaught of home run happy sluggers taking advantage of a “juiced” baseball and hitting the ball out of the park at a torrid pace. Fantasy baseball managers are also having to manage their expectations, and more importantly their FAAB budget, as several teams have called up their top prospects in response to injuries, poor play from their regular starters, and the passing of the Super 2 cutoff.

Indians ace Corey Kluber was hit by a 102.2 mph comebacker that fractured his elbow this week. He joined fellow SP Mike Clevinger on the IL and both are expected to miss significant time. It’s a huge blow for an Indians team whose playoff aspirations hinged on the hopes that their stellar starting pitching rotation would carry their team and make up for their depleted offense.

Jefry Rodriguez has done a nice job in a couple of spot starts this season (2.13 ERA, 0.789 WHIP) and will likely continue to be an option in the Indians starting rotation. Adam Plutko , who is recovering from a strained forearm, and Cody Anderson , who’s missed the past two seasons while recovering from Tommy John surgery, might also be called upon to help replace Kluber and Clevinger.

Checking in on free agent Dallas Keuchel could be another option for the Indians. They apparently still consider themselves as playoff contenders and Keuchel has plenty of experience with pitching in pressure situations. Keuchel has also had success in limited action when pitching in Cleveland’s Progressive Field (28 IP, 2.57 ERA).

The Indians also have a very talented pitcher in Zach Plesac, who is currently pitching for their Double-A affiliate, that they may consider adding to their big league roster. Plesac is pitching to a 0.86 ERA this season and has struck out 28 batters and walked just three in 31.1 IP. 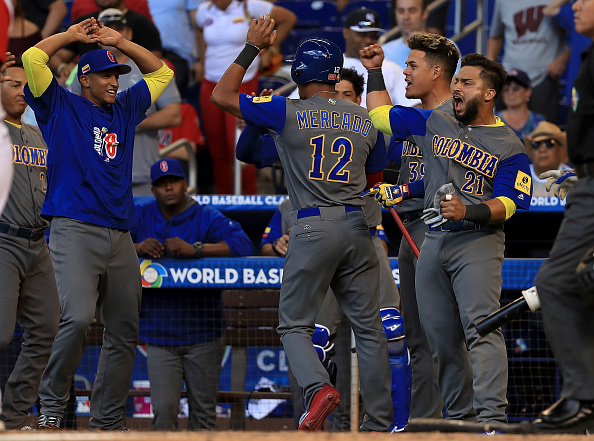 Speaking of Indians minor league talent, keep an eye on outfielder Oscar Mercado . As of Thursday Mercado had posted a .302/.394/.500 triple slash for the Indians’ Triple-A affiliate. He’s got lots of speed and developing power, and could be a nice replacement for the recently demoted Greg Allen .

We’ve addressed baseball’s continued power surge in previous columns. It has certainly carried over into this season. To put it into perspective we find that the HR/FB rate from the start of last season until 4/30/2018 was 11.9; from the beginning of this season until 4/30/2019 it was 14.4. That’s an increase of just over 21 percent. We’ve previously suggested that this new “live ball” era might be due to a combination of factors. New training methods are helping baseball players to become stronger and batters are adjusting their swings so that their average launch angles are more conducive to hitting home runs. However, we can’t dispel the effect of the baseball currently being used in MLB. That ball is juiced!

All you have to do is look at the dramatic increase in the number of home runs being hit in Triple-A’s International League since they started using the same Costa Rican manufactured baseballs that big leaguers use. Through April 30, 2018, International League batters had hit 182 home runs. This season, with the new major league balls in play, they hit 396 home runs through April 30, 2019.

How should fantasy baseball managers alter their approach to managing their teams in order to deal with this phenomenon? From an offensive perspective we all need to reevaluate our total preseason home run targets for our fantasy teams. We need to make sure we have enough power bats on our teams. Finding power via a trade or on your league waiver wire shouldn’t be too hard depending on the size of your league. Home runs are one category, but home run hitters strongly influence the RBI and runs scored categories as well, so you don’t want to get caught short.

This new “live ball” era is making it extremely difficult to manage our fantasy pitching staff. Pitchers with high soft hit allowed rates have become more valuable this season. They include high profile starters like Blake Snell and José Berríos (both have soft hit rates of 26 or better), but pitchers like Matthew Boyd and Jake Odorizzi are among the top 10 in soft contact allowed and may be more affordable options on league trade markets. Pitchers with low contact rates can also be effective against home run hitters. Those type of pitchers also usually have high strikeout rates like Blake Snell and Max Scherzer , however Caleb Smith (mentioned in this column last week) and the aforementioned Matthew Boyd also crack the top 10 in low contact rate allowed.

We started this column talking about the large number of high profile fantasy studs currently on the IL. The Nationals currently have two high profile players in Anthony Rendon and Trea Turner on the IL and that may have accelerated shortstop Carter Kieboom’s introduction to the big leagues. He’s struggling at the plate but he’s a good example of how more and more teams are calling up their top prospects as of late. 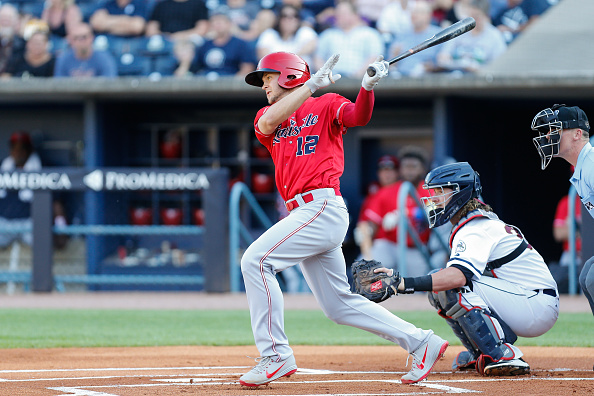 Nick Senzel is expected to make his big league debut this weekend. He’s got five-tool potential and likely widely owned in most leagues but if he’s not, you should put in a strong FAAB bid for him on your league’s waiver wire.

We always get lots of questions about how much to bid on players off of the waiver wire. What is considered a strong FAAB bid? There is no easy answer to that question; much of it depends on individual fantasy team needs, the overall aggressiveness of your league mates, and how much of your FAAB budget you have left.

One of the best ways to determine how much FAAB to invest when seeking to add players off the waiver wire is to check your league’s transaction history. Familiarize yourself with how much your league mates have paid for top talent in the past and you’ll have a good idea of how much of your FAAB budget you should use on a weekly basis. You also should take the specific needs of individual teams into account when planning on bidding on highly sought after players. For instance, Corey Kluber owners will obviously be looking for starting pitching help this week. Another thing to consider when deciding on how much of your FAAB you should invest on a popular player is how much FAAB your league mates have left. Fantasy players who have exhausted a big chunk of their FAAB budget will obviously be less aggressive than those who have a majority of their budget remaining.

Griffin struck out six batters and gave up three runs in 4.1 IP in his major league debut earlier this week. He had been pitching to a 0.56 ERA in Triple-A this season. He’s no lock to be a top fantasy pitcher, but he’s got a nice four-pitch mix and has shown improved control this season.

If you have room on your fantasy team’s bench and won’t have to drop anyone too valuable you might consider stashing the following pitchers: Zac Gallen, Dylan Cease and Mitch Keller. All could see big league action before the season ends and could be had for a very minimal investment off of your league’s waiver wire.

Brewers top shortstop prospect Keston Hiura is raking at Triple-A and could also be plucked from your league’s waiver wire with a small investment of your FAAB budget.

Lastly, a trend we’re likely to see for the near future is Mets starting pitcher Noah Syndegaard letting his hair down when he’s on the bump. Just like Samson, Syndegaard seemed to gain strength from allowing his long locks to flow freely this past Thursday. In his first start of the season without sporting his “man bun”, Syndegaard hit a home run and pitched a complete game shutout. He is just the seventh pitcher in MLB history to complete the feat.