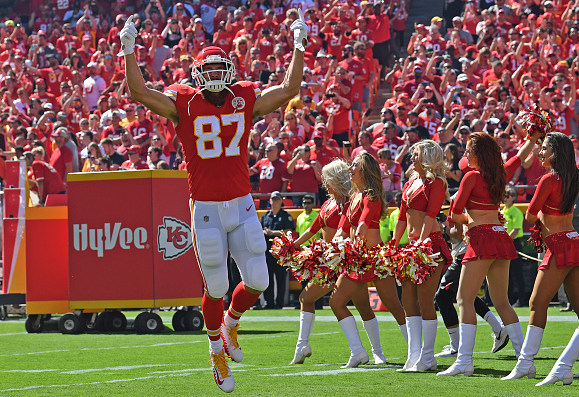 The Army keeps marching along and we had another productive week mapping out our strategies for the upcoming draft season. Each week I try to cover a topic that is relevant to most people drafting. Last week was about the build if you take Mahomes or Jackson early.

One question that came up in Wednesday’s 10:00 pm mock was “What’s your thought on taking a TE early?”  It’s a great question and I think there are several ways to answer it.  As always we start with “it depends on the rules”.

The FFPC runs an online championship that is “TE premium” awarding tight ends 1.5 points per reception. This puts a premium on the position and in these leagues you see TEs being drafted early.  Last year, in the main event leagues I was in, Travis Kelce went as early as 5th overall.  I am not a proponent of this strategy as I don’t think the extra 35-40 points over the 17 game schedule should move him up that high on the draft board. I won one of the two leagues I was in and the championship game was against a team that drafted 3 TEs in the first 5 or 6 rounds. So it can work both ways. This league also has 2 flex spots so he was able to use all three TEs in his starting lineup. 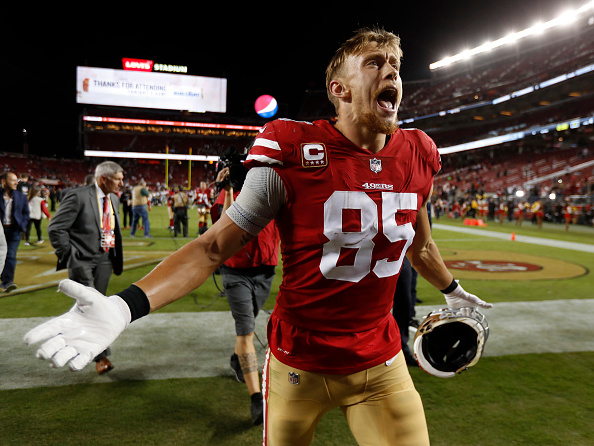 In leagues where there is no premium on the position, we see four players being chosen in the first 4 or 5 rounds before the tier drops off.  Travis Kelce and George Kittle are your tier one and Zach Ertz and Mark Andrews make up the second tier. What we have noticed this week in the MDA is that Andrews has been falling a bit in the mocks. In the 12 team from Wednesday, I was able to take him at 61st overall. His current NFBC ADP is 50 and has gone to 48 over the last two weeks.  If you average out the week, Andrews’ MDA ADP is 53.  I may have just gotten lucky in that mock.

When taking a tight end that early how does it affect your team’s construction? Doing it in place of a WR is the way to go. If you compromise taking a RB to take the TE, then you are doing the same thing as taking a WR over a RB. As we did last week with the QBs, let’s take a look at how rosters were constructed and how the evaluator thought the teams would finish.

In the 12 team mock on Thursday I tested out taking Travis Kelce in the second round from the 5th slot, so 20th overall. His ADP varies from 10.27 in the FFPC TE premium leagues to 20.96 in the NFFC with his RTSports, Yahoo, and BB10 ADPs coming in between. I started with Alvin Kamara and chose David Johnson in the third (over Gordon (injury), Montgomery (not feeling it), and Bell (Adam Gase)). Three wide receivers followed: Thielen, Chark, and Gallup. I then went with Russell Wilson in the 7th, but when Stafford, Rodgers, and Brees go in the 13th round, not sure if that was a wise decision. The evaluator had me finishing 3rd in starter points.

On Tuesday we saw what happens if you ignore taking running backs with an early TE pick.  Team JROD took Michael Thomas to start from the four hole.  He followed that with Kelce AND Lamar Jackson in rounds 2 and 3. He then took JuJu Smith Schuster and Calvin Ridley . Five rounds, no running backs. His zero RB draft strategy had him finish 9th by the evaluator despite taking the top WR, top TE, and the top QB per our projections.

In our 10 teamer this week, Lev Bellcows was predicted to finish second and picked Zach Ertz in the 4th round. Sky Crooners took George Kittle in the second round but was projected tied for last. This was probably because they didn’t pick a kicker. If they had they would have been around 4th.  Ivar Anderson took Kelce in the second round and was 7th. DC took Andrews in the 5th and had a 5th place finish predicted.  It’s a viable option in a 10 team draft. Each of these teams took at least 2 running backs in their first 4 picks.

Roster construction is very important and it’s not just about taking the “best” players. There’s a reason why many analysts say “wait on QB” and “load up on RBs early”.  Taking one of the top four tight ends will not hurt you as long as you pay attention to the rest of your draft.

Flying up draft boards this week is Antonio Gibson. With the suspension of Derrius Guice , the age of Adrian Peterson , the lack of enthusiasm for Peyton Barber , and the questionable health of Bryce Love, Gibson is the darling of the Washington backfield. The question is, is Gibson a viable NFL running back? He only ran the ball 33 times in 2019 and had a total of 71 touches in 14 games. Despite this, he did have 12 touchdowns and averaged 15.5 yards per touch. He’s athletic but I’m not sure if his ADP of 125 over the last two weeks is warranted. He’s a high risk/reward pick in the 11th round and he’s gone as early as the late 7th round.

Philip Lindsay’s ADP is 103 since Aug 1.  Lindsay has performed as the number one back for the Broncos and may be called upon it again as Melvin Gordon went down with a rib injury on Thursday.  The significance of the injury is unknown at this time. We do have some time before the season starts for Gordon to get healthy but those rib injuries can linger. One thing we do know is that Lindsay’s stock will rise quickly if Gordon will miss some time.

Kareem Hunt has been drafted very early despite Nick Chubb being one of the most talented running backs in the league. Many view Hunt not only as a handcuff but a viable RB in PPR leagues.  Hunt is being drafted ahead of Ronald Jones and Jordan Howard both of whom are considered the number one RB on their respective teams. He has already moved up about half a round since the beginning of August and with Nick Chubb ’s concussion, expect that to creep up a little more. He has moved from an ADP of 57 to 51 over the last week.  It’s a high price to pay for a backup/3rd down back, but his production the last half of last season has some thinking he’s worth the price.

Going back to May when the Packers didn’t draft a wide receiver, the question has been who will be the number two receiver alongside Davante Adams ? They signed Devin Funchess in April, but he opted out.  With camp starting and before the press was told to keep their lips sealed as to what was going on in camp, Allen Lazard has emerged as the favorite to take the number two spot across from Adams.  His ADP has gone from 180 to 158 over the last three weeks, jumping almost 3 rounds. He’s still going in the 14th round, but this could be a bargain late when you’re looking to get a wide receiver near the end of the draft.

Earlier this week Peter King reported that Rob Gronkowski may end up third in TE snaps behind OJ Howard and Cameron Brate . Keeping Gronk healthy should be a priority for the Bucs this year. Coming off an injury-plagued 2018 and a year off in 2019, Gronk appears healthy and ready to go. Since King’s report, Gronk has fallen a half-round over eight NFFC drafts from 115 to 121.  With his playing time a question, should he be taken as a low-end TE 1? With players like Jonnu Smith , Noah Fant, Blake Jarwin , and Jack Doyle available at the same time, does it make sense to take Gronk as your starting TE?

Ke’Shawn Vaughn continues to drop further down draft boards after reports that he is lazy. Jeff Kerr of CBSSports.com reported that Bruce Arians stated that Vaughn will most likely just be a kick returner in the season opener. This type of news isn’t good for his draft stock. Vaughn was the Buccaneers first draft pick this year so they obviously like him and felt they needed a RB. His ADP has gone from 94 to 114 over the last two weeks. At some point he may become a bargain, so be patient and maybe he’ll fall to you in the right spot.

When the internet shows the new shiny rookie barreling over defenders in practice, it’s not surprising that he rises and his competition for snaps falls. Over the last week, we have seen Marlon Mack take a half-round hit to his ADP as Jonathan Taylor continues to impress in camp. Kevin Hickey of Coltswire reports that Mack is seeing the most reps with the first team offense, but that doesn’t dampen the wow factor of Taylor’s reps. As with most rookies, especially with the unusual 2020 preseason, they may take a little time to crack the lineup. Fantasy players are now showing that they think that crack may develop even earlier than expected.