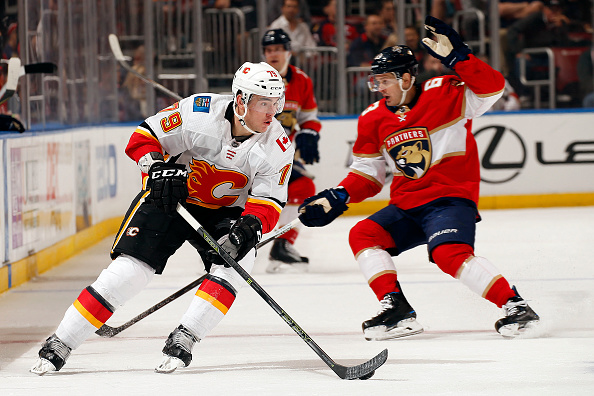 There were a lot of doubts about whether Ferland would stick on Calgary's No. 1 line alongside Sean Monahan and Johnny Gaudreau, but he has made believers out of everyone. The 25-year-old agitator is a bigger version of Brad Marchand--the Bruins' star winger who also began his career as a depth shift disturber. Ferland has nine points in his last six contests and is currently on pace to reach the 35-goal plateau. He might now be a keeper.

While the Sharks have not used Donskoi much on the top line with Joe Thornton and Joe Pavelski, the Finnish winger has managed to stay productive in 2017-18. In fact, Donskoi is currently riding a pretty good hot streak (3 GP, 2-3-5) and is on pace to reach the 20-goal mark for the first time in his NHL career. Still only 25 years old, Donskoi should be picked up in most league formats if still available--even in the short term in keeper leagues. 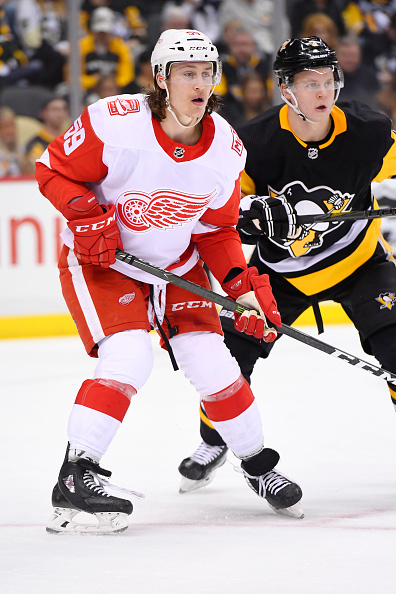 A player similar in style to Calgary's Micheal Ferland and Boston's Brad Marchand, Bertuzzi sits in between the duo in terms of size and offensive potential (Ferland is the biggest; Marchand has the most scoring ability). The nephew of former NHL power forward Todd Bertuzzi has seen a lot of action on Detroit's top line with captain Henrik Zetterberg and sniper Gustav Nyquist lately, and he is even now spending time on the power play.

A good candidate to be dealt before the NHL trade deadline this season, mostly due to Edmonton's poor record and his pending unrestricted free agency, Maroon is once again toiling on the first line alongside Edmonton franchise forwards Connor McDavid and Leon Draisaitl. This is likely a very temporary situation, so fantasy leaguers need to milk this for all it is worth. Maroon may lose all fantasy value, depending on where he lands.

The veteran speedster got off to a good start to 2017-18 with the Avalanche, and then was traded to Ottawa. It took eight games for Duchene to finally get on the scoreboard with his new team, and both the individual player and the hockey club have struggled badly since he arrived in November. That all said, the 27-year-old is finally showing signs of life in Ottawa (3-3-6 in his last 4 GP). If he was dropped earlier, now is the time to grab him.

He makes the list here even though Severson was a healthy scratch for two games recently. Since then, he has produced three points in as many games--including a two-goal effort in a big match-up against the New York Islanders earlier this week. The 23-year-old Severson possesses a big shot from the point, but consistency has always eluded him. In deep leagues where you need a lot of defensemen, he is definitely worth a look now.

This one is a cautionary tale because Hagelin is clearly a better NHL player than he is a fantasy producer. He is an important part of the Penguins' penalty kill and provides incredible speed to the Pittsburgh lineup. That said, the Swedish veteran has trouble producing offense on a consistent basis. Hot now, Hagelin is currently playing on the second line alongside Evgeni Malkin and Patric Hornqvist. He is worth a short-term look in deep leagues. 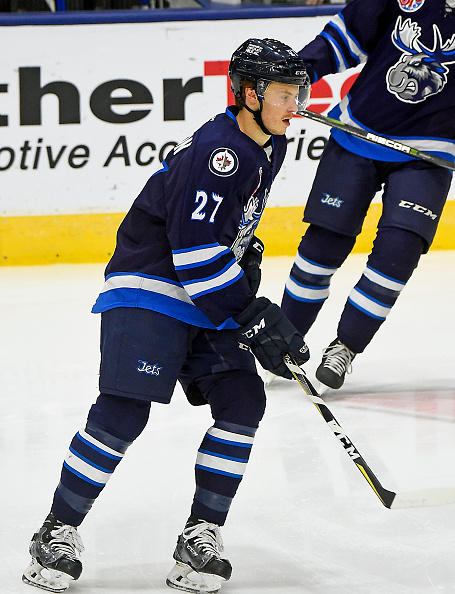 Keeper league alert! The 22-year-old native of Green Bay, Wisconsin was selected by the Jets in the sixth round (No. 168 overall) in the 2015 NHL Draft. After two years at Michigan State, Appleton turned pro this year and has turned heads with his production (tied for 7th in AHL scoring). Winnipeg is very deep at center, with little room on the wings as well, so Appleton could be trade bait for the contending Jets heading towards the trade deadline.

The quiet, unassuming Swede is a great professional and a solid leader for the Flames. The 28-year-old Backlund has only tallied nine goals so far in 2017-18, but he is still on pace for 52 points (1 point shy of his career best, set last season). Backlund plays on Calgary's second line, kills penalties and even sees time on the power play. Since the Flames are red-hot right now, loading up on some of their support players is a good idea.

Edmonton has been a massive disappointment so far in 2017-18, though at least some of their players are enjoying some individual success. Nurse is one such player. While he is more of a shutdown defender, the 22-year-old Nurse has produced four points in his last two games (giving him 18 points in 46 games, overall). He is now on pace for a big offensive breakthrough campaign (32 points). The 22-year-old is worth a pickup now.