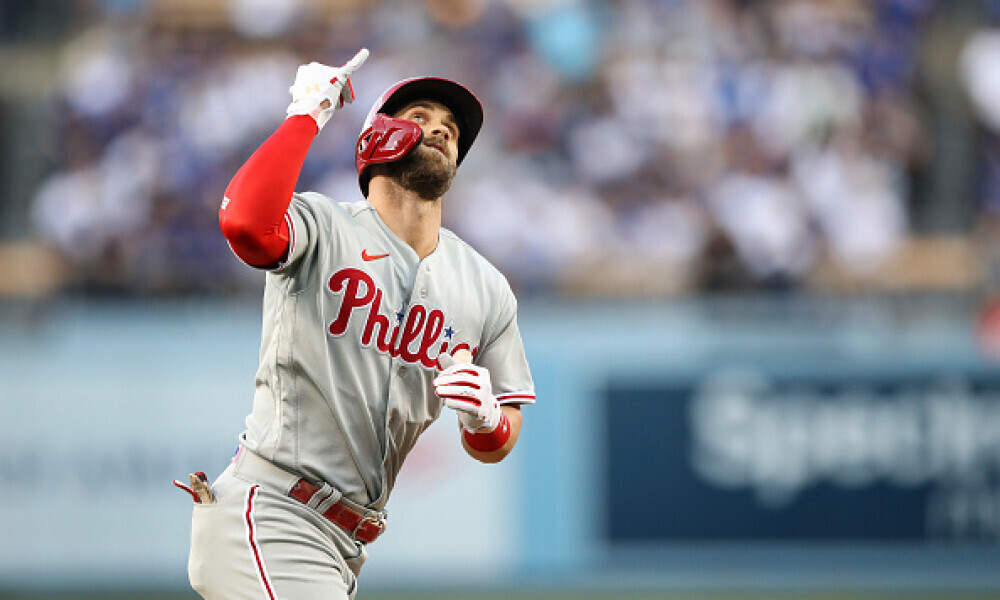 Welcome to the weekend and the newest edition of the MLB injury report! Whether you are setting your fantasy baseball lineups or playing some MLB daily fantasy, knowing who is in and who is out is always vital. Sometimes you can catch some MLB DFS bargains with salaries adjusted for injury. Once line-ups are released, you can head over to the MLB Lineups page to see IF any player saddled with an injury is in the lineup or not

If you find yourself missing a player for a while, be sure to check out the fantasy baseball waiver wire report by Ray Kuhn. Another approach you could take if you're dealing with an injury is to check out our fantasy baseball prospect report, which Matt Selz covered. Some big names such as Los Angeles Dodgers pitcher Clayton Kershaw, Philadelphia Phillies outfielder, Bryce Harper, and Atlanta Braves outfielder, Ronald Acuña Jr., headline this week's injury news. Are either of their injuries serious enough to where they're going to have to hit the injured list or will they keep playing through them? You've come to the right place to find out! With all of that being said let’s take a look at some good news and bad news as you get set for a Friday in fantasy baseball!

The reigning NL MVP Bryce Harper has a small tear in his UCL and won’t throw for four weeks. The good news for the Phillies (and fantasy baseball players) is with the DH in the National League that Harper isn’t expected to hit the injured list or miss a lot of time. He will continue to be able to bat for the time being assuming he doesn’t make the injury worse. We will continue to monitor the situation, but he played, hit third, and homered on Thursday, so keep him cemented into your lineups unless something changes.

One of the early favorites for American League Rookie of the Year, Jeremy Peña left Thursday’s game with some right knee trouble and early reports are that he is unlikely to play on Friday either. There is still time for things to change, but it appears that Pena will avoid the injured list and a lengthy injury. The Astros shortstop has six home runs and 20 RBI in 29 games and should be back in your lineups as soon as he is healthy.

Clayton Kershaw was all set to start on Friday and then hit the 15-day Injured List with inflammation in his SI joint. This is a pelvis injury and seeing that we didn’t have any news that he was even having an issue, it is too soon to think of any timetable of how long he might be out. He is a fantastic pitcher, but injury concern is why Kershaw falls as far as he does in fantasy baseball drafts. Stay tuned to Monday’s update for more details as they come in.

Ronald Acuña Jr. was out of the lineup on Wednesday and the Braves did not play on Thursday, and the hope for the Braves is that their superstar can return to the lineup on Friday. I would not be surprised if they hold him out a little longer after he missed the first month of the year recovering from his ACL injury from last year. There has been no talk about a trip to the injured list which is a huge sigh of relief for those who drafted Acuna, but this second injury so soon after returning is a bit concerning.

The Cardinals ace Adam Wainwright has cleared the health and safety protocols and threw a bullpen session on Thursday. Uncle Charlie is set to start a game sometime this weekend for the Cardinals and continues to turn back the clock. The 40-year-old is off to another stellar start through the first month of the season and should be in your lineup any time he takes the mound.

Hyun-Jin Ryu was off to an awful start after his first two trips to the mound, but Ryu is set to return to action on Saturday after missing time with a forearm injury. He threw four innings in a rehab start Saturday and should be able to pitch long enough to accrue a win if he is good enough against the Rays. He isn’t an absolute must-start against Tampa, but if you have enough pitching depth you can put him out there and figure he has to improve on his first two starts of 2022.

Eloy Jiménez underwent surgery last week to repair a torn hamstring tendon but was able to play catch Tuesday as he tries to recover from his latest injury. He is still six to eight weeks away from returning for the White Sox, but it is at least somewhat encouraging that he is out throwing and able to do some baseball activities.

The Reds haven’t won too many games this season, but now one of their closing options is going to miss some time with a bulging disk in his back. Lucas Sims was placed on the injured list, and it certainly sounded like this was going to be a much longer than 10-day absence for Sims. Art Warren could pick up the few save chances that arise while Sims is out.

Brendan Rodgers hasn’t played most of the week due to a hand injury, but the Rockies still haven’t made any move to put him on the injured list, so you have to believe that he should be back soon, if not on Friday. The young Rockies infielder finally made the splash we were waiting for last year, but he has come limping out of the gate in the first month of 2022. He will need to get back on the field and produce if he wants to keep regular playing time.

Ryan Mountcastle was scratched on Wednesday with left wrist soreness and was unable to play Thursday as well. As of now, the thought is that Mountcastle will avoid the injured list and this isn’t a long-term injury, but he already tried playing through it without success. He has four home runs and 16 RBI through 28 games, but the hope is he will be able to return over the weekend. I don’t like wrist injuries with power hitters, especially when they tried to play through it and then missed time. This doesn’t seem bad right now, but I don’t think the full story has been told yet.

Brian Anderson wasn’t off to a great start, but Anderson looks to rejoin the Marlins on Friday after spending time on the Covid list. Anderson has just one home run and two RBI through 20 games but has had a 20-home run season before and was on pace for that last year before getting hurt. He isn’t someone you should jump on as he returns but watch his production for a potential future pickup.