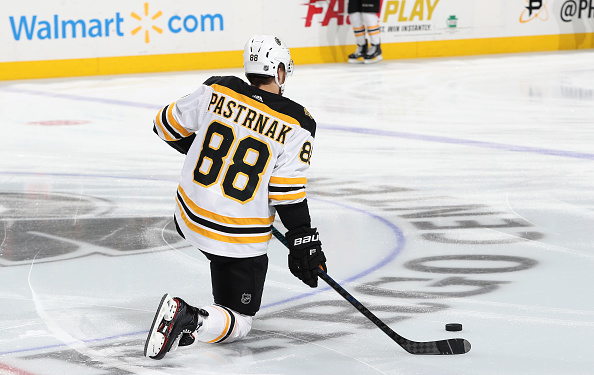 The Maple Leafs will look to close things out at Scotiabank Place in game seven against the Canadians.

The Maple Leafs will like be without John Tavares, but he did take part in the morning skate. We do know that Jake Muzzin is out tonight with Rasmus Sandin drawing in.

William Nylander continues to lead the way for Toronto and is the primary player to use in this lineup. We know that Matthews and Marner could blow up at any time, but we really haven't seen it from them this series, but if it's going to happen it's going to happen while they are at home where the last change can be leveraged. Alexander Kerfoot is the only player on Toronto(other than Nylander) who has hit the point per game mark and could be a useful value play.

On Defence, with Muzzin out Reilly is your most dependable commodity. He leads all Toronto defencemen in blocks, shots, and points.

In goal, Jack Campbell is a cash gameplay tonight. He has played well and is one of the safer plays tonight with Toronto at home.

For the Canadians, I would largely look to avoid their players. Tyler Toffoli and Josh Anderson can both put shots on goal in volume, and I expect them to crash the net and try to get some cheap goals on Toronto with how much Montréal has struggled to score.

Not much has changed on defence, if you're shooting for upside you can look at Jeff Petry , and Shea Weber , both are a threat to get points and are willing to shoot in volume. If you're aiming for value look at Ben Chiarot who has 17 blocks in six games.

In goal, Carey Price could be a difference-maker in GPP's. He made 41 saves in Montréal's game six win, and I expect him to see a lot of shots in this game as well, especially with the Leafs being able to get extra energy from their first crowd of the season.

The Islanders will look to even up this series tonight against the Bruins in Boston.

Looking at injuries tonight, the Islanders come in with a clean bill aside from Anders Lee who isn't expected to return. Boston will be without Kevan Miller , and Craig Smith is a game-time decision.

Anthony Beauvillier has been the most consistent scorer so far for the Islanders, he has eight points in seven games, and he scored in game one. As expected with the Islanders it has been a team effort, and with this game in Boston I would continue to look at their second and third lines for productivity. Which puts players like Brock Nelson , Jean-Gabriel Pageau , and Josh Bailey in play for them.

On the backend, Scott Mayfield and Ryan Pulock are the primary targets. Both are blocking lots of shots, and are providing enough points to exceed their values most nights.

We won't know who is going in goal for the Islanders until game time, but either Ilya Sorokin or Semyon Varlamov are viable GPP plays on goal.

Coming off a hat-trick in game one, David Pastrnak should see very high ownership. So use him in cash games, and consider him in your GPP contests, but you shouldn't hesitate to use him. When it comes to stacking with Pastrnak, Patrice Bergeron is the player I would look to. He has been more productive from a points and shots perspective than Brad Marchand . However, Marchand does have points in four of his last six games.

On defence, I would be looking at Charlie McAvoy . he has six points in his last six games, to go along with 10 blocks. If you are looking for value you can also look at Brandon Carlo who leads all Bruins players in blocks.

Tuuka Rask has been as good as any goalie in these playoffs, and when the Bruins are at home they are tough to beat. That being said he is a cash play only for me tonight, as he likely won't see more than 25 shots.