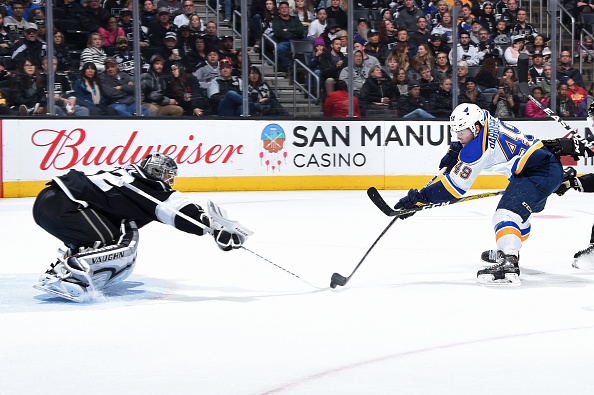 When the Blues traded veteran center Paul Stastny to Winnipeg at the deadline, Barbashev was supposed to be one of the main beneficiaries. He has been just that, as the versatile Russian forward has started to establish himself as an NHL regular. Perhaps more importantly, he is now seeing regular minutes at his natural center position. Barbashev has produced back-to-back, two-point efforts against the Kings and Ducks (on the road).

Sooner or later, somebody needed to step up and stake a major claim on the Islanders' No. 1 goaltender position. The surprise here is that it ended up being the team's third stringer in Gibson, a 25-year-old Finn who is completing his fifth season in the professional ranks. With Thomas Greiss injured and Jaroslav Halak struggling, Gibson has taken over (he has gone 1-0-2 and surrendered just six goals in 3 games). A keeper, perhaps?

Recently re-signed to a new, two-year contract extension with Chicago, Gustafsson appears to be making his best case to be a part of the Blackhawks' blueline brigade in 2018-19. The 26-year-old Swede posted five total points in back-to-back matchups against the Boston Bruins last weekend, and is logging over 19 minutes of average ice time in recent games. He is even breathing new life in veteran partner Brent Seabrook these days. 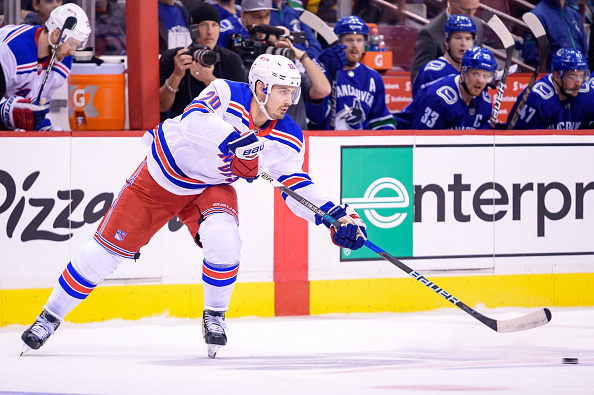 The 26-year-old winger might have been dropped in some leagues earlier this season (especially after he was diagnosed with blood clots in late December). Now, Kreider should be a strong candidate to be picked back up in some leagues, especially since he has registered four points in his last two contests. With JT Miller, Rick Nash and Michael Grabner all traded away recently, Kreider has a chance to establish himself as a No. 1 left-winger.

Even before Toronto starter Frederik Andersen went down with an upper-body injury this week, McElhinney was on the fantasy pickup radar due to his impressive recent statistics (5-0-1, 1.63 GAA, .945 Sv% in his last 7 GP). The 34-year-old journeyman is enjoying his best NHL campaign so the Leafs may not be in trouble if Andersen is out of commission for a few games. Fantasy leaguers, especially Andersen owners, need to pick up McElhinney.

When does a player who has yet to produce an NHL point in 11 contests merit mention on the weekly waiver wire report? When he has Lindblom's long-term offensive upside. The young Swede was recalled on February 19 and has played mostly on a strong offensive line alongside fellow rookie Nolan Patrick and veteran playmaking winger Jakub Voracek. It should only be a matter of time before Lindblom starts putting up numbers. 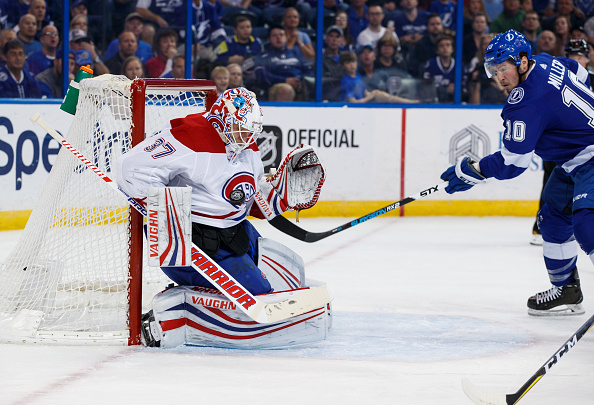 Incredibly, veteran Niemi has been Montreal's best goaltender in 2017-18. Yes, that was not a typo. His statistics with the Canadiens (5-2-4, 2.30 GAA, .933 Sv%) are better than those of both Carey Price and rookie Charlie Lindgren. The move to Montreal may have saved Niemi's NHL career, since he struggled badly last season with Dallas (and also earlier this season with both Pittsburgh and Florida). Pick up Niemi if goaltending is an issue.

If Chris Kreider isn't the Rangers' top option at left wing, it could wind up being Vesey. The latter is two years younger than Kreider and has just as much potential as a power forward (Vesey does not have Kreider's overall size and physicality, but he may be a better offensive player). Vesey recently registered his first career NHL hat trick against the Carolina Hurricanes, which could be a sign that he is ready to break out offensively in '18-19.

Keeper alert! There is no reason for a player of Pettersson's obvious talent to be available in any keeper league (unless he is ineligible). At age 19, he won the scoring title in the SEL as a member of Vaxjo Lakers HC with 56 points in just 44 games. Teens are usually hard-pressed to see significant ice time in the top league in Sweden, let alone lead the entire circuit in scoring! He has a good chance of playing in Vancouver in 2018-19. Grab him!

The Bruins are young and deep up front, so Frederic might not get an opportunity to shine with the big club before 2018-19 (at the earliest). That said, he should be a household name by now in keeper leagues. The two-way center posted 65 points in 66 games in his two seasons at the University of Wisconsin, so he has obvious upside for the highest level. Now signed, Frederic should be picked up immediately in deep, keeper leagues.