ThriveFantasy NFL Top Picks & Plays for Week 12: Patrick Mahomes in a Good Matchup Against the Rams 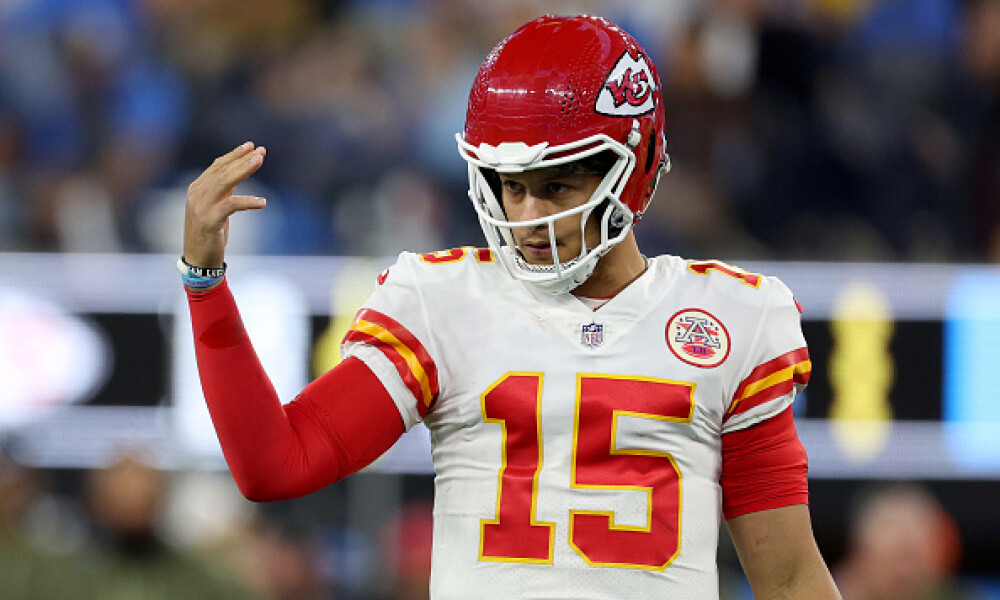 We basically have two NFL DFS slates this week, as we have a trio of games on Thursday for Thanksgiving, and then our normal full Sunday of NFL action. If you’re like me, you’ll be playing on both days, so I provided my favorite NFL player props on Thrive for Thursday and Sunday. I couldn’t leave anyone in the #FAmily hanging! Here are some NFL player props that you must target this week on Thrive, and these players will also likely generate some interest for your Week 12 NFL DFS lineups. It’s time to #PropUp over at ThriveFantasy!

Interested in playing on Thrive? Head to http://www.thrivefantasy.com/?promo= ALARM with the promo code ALARM to get an instant match of 100% of your deposit up to $100! 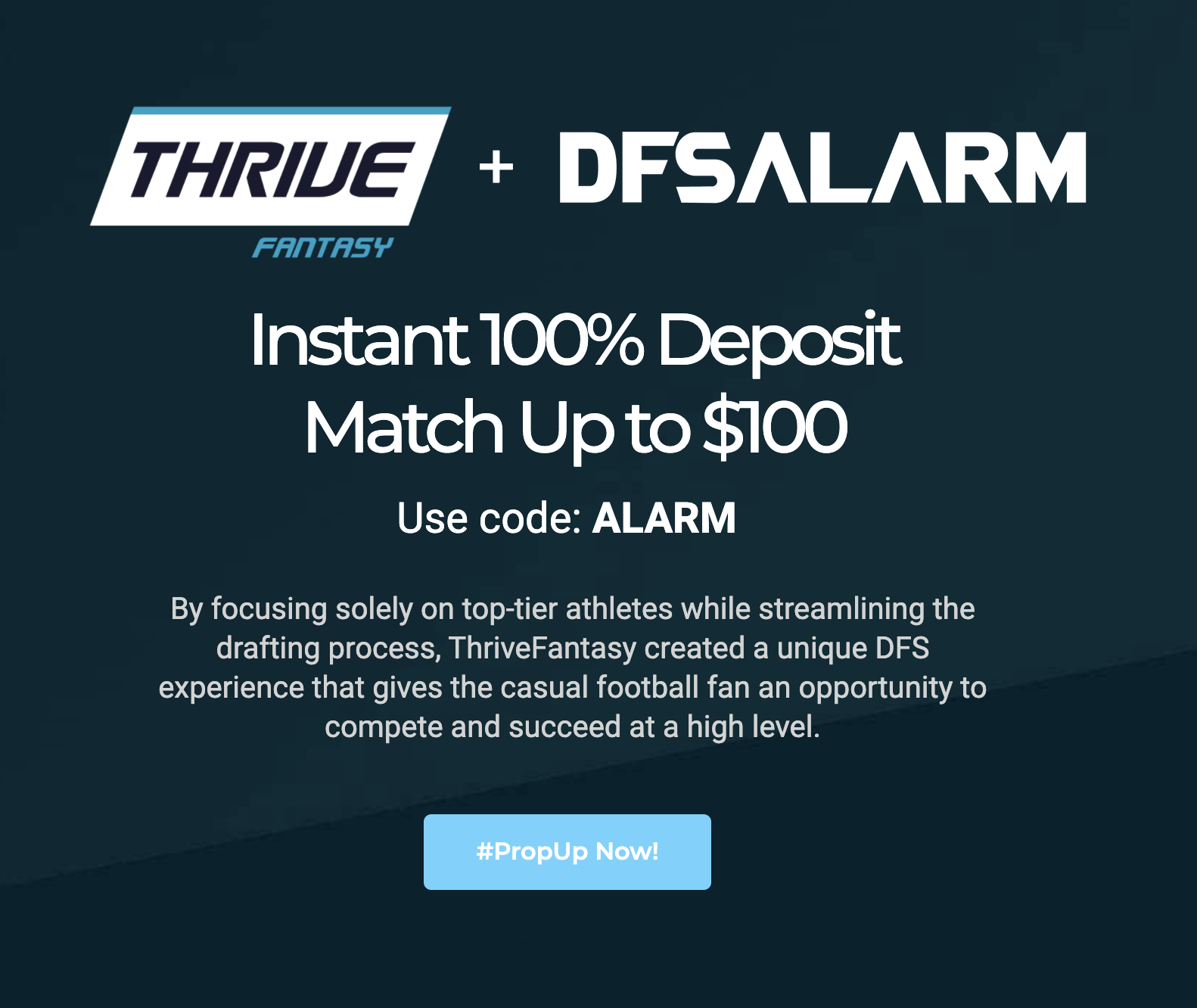 Here are a few of my favorite props on ThriveFantasy for Week 12, including the Thanksgiving Day slate!

This line seems low to me. Schultz has five or more catches in three of his last four games, and during this four-game run, he’s averaging five grabs on 6.3 targets per game. He’s done quite well against the Giants for his career as well, hauling in at least six passes in three straight games against their divisional foe. New York hasn’t been overly friendly to the tight end position this season, but Schultz has a solidified role in this offense, and he’s Dak Prescott’s security blanket. Take the over.

In the Thanksgiving day nightcap, we’ll look to Jakobi Meyers, who has at least 50 receiving yards in six of eight games this season. He’s Mac Jones’ top target, and it’s a good matchup for Meyers, seeing as the Vikings have allowed the third-most receiving yards to wide receivers this season, and the second-most yards over the last four weeks in particular. In terms of DVOA, they have struggled against WR1s all season, and while Meyers is far from a big play threat, he should get plenty of volume in this one, en route to 50+ receiving yards..

The Rams have a lot of big names on the defensive side of the ball, but they have been a bit generous to quarterbacks over the course of the last handful of weeks. Mahomes has surpassed this mark in all but two of his last seven games, and if you check out the red-zone report here at Fantasy Alarm, you’ll see that his red-zone passing usage is insane! He gets all the touchdown passes near the end zone, which keeps his touchdown floor high. Mahomes has 20 touchdown passes at or inside the 10-yard line! Take the over here.

Despite the Raiders’ struggles and Derek Carr’s lack of flash, Adams hasn’t skipped a beat over the last handful of weeks. Here are his receiving totals over the last seven games: 141, 126, 146, 3, 95, 124, and 101. He has more games with 100+ receiving yards this season than he has games below the century mark! Seattle has surprised many, and Tariq Woolen looks like a young stud in the making, but Adams is a different animal, and no one has been capable of slowing him down this season.

Vegas has been one of the worst teams all year against the pass, as they rank dead last in DVOA and allow over eight targets per game to the opposition’s WR1. Metcalf has at least six receptions in two of his last three, and he’s averaged over eight targets per game during this three-game stretch. With Seattle coming off a bye, I expect a fresh and well-rested Metcalf, which is a recipe for disaster for a struggling Las Vegas secondary.

For a more in-depth explanation of Thrive Fantasy, check out their “How to Play” video below:

Reminder: Head to http://www.thrivefantasy.com/?promo=ALARM with the promo code ALARM to get an instant match of 100% of your deposit up to $100!