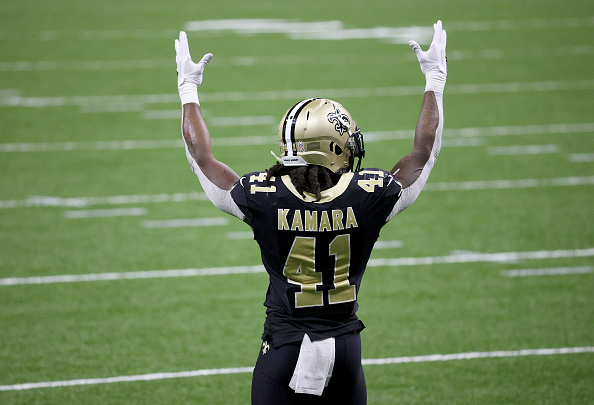 New Orleans is 2-0 against Tampa Bay this season, outscoring the Buccaneers, 72-26.

New Orleans is 5-0 straight up in its last five games against Tampa Bay.

Tampa Bay is 4-2 against the spread (ATS) in its last six games.

Tampa Bay is 0-5 ATS in its last five games against New Orleans.

The total has hit the under in seven of New Orleans' last 10 games. 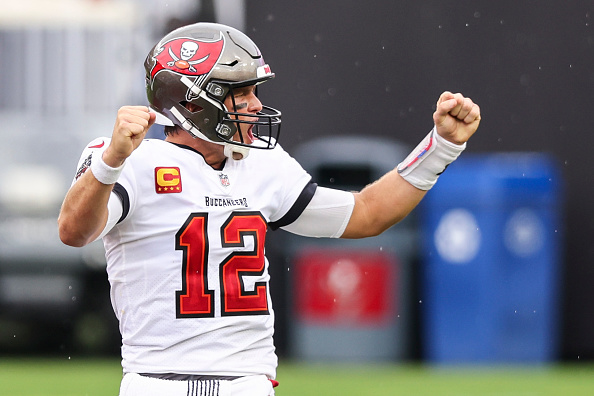 Tom Brady , QB TB – In two games against the Saints this season, Brady averaged just 224 passing yards and had a 2:5 TD:INT rate. That’s not good. However, and maybe these stats are padded by some real soft opponents, Brady has now averaged 379 passing yards with a 12:1 TD:INT over his last four games, so you can’t tell me he isn’t getting amped up for these playoffs. Expect high-volume passing for Brady and the Bucs this week.

Alvin Kamara , RB NO – Finding running room is going to be tough against such a strong run defense, but Kamara has found the end zone three times in two games against Tampa this season. You can expect a solid effort out of Kamara and perhaps with Taysom Hill possibly out, we can get Kamara a few more passes, especially inside the red zone.

Michael Thomas , WR NO – He finally made his way back to the field last week and Brees targeted him seven times for five grabs, 73 yards and a touchdown. Whether you subscribe to the rumor mill which says Thomas and Brees are at odds, the two of them want to win another Super Bowl title and they know they need to lean on each other to make it happen. 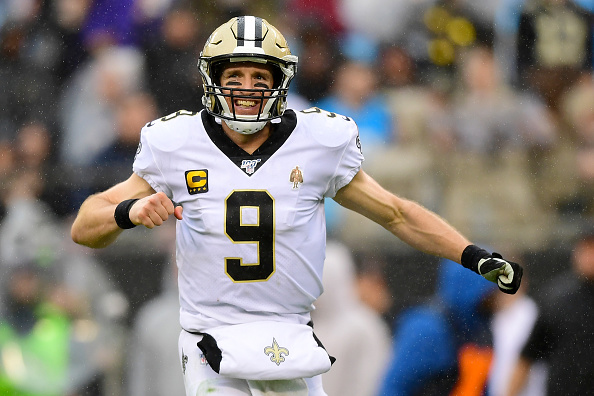 Mike Evans , WR TB – Always tough to figure out which Bucs receiver is going to eat the most, but there’s enough to go around and let all three of them get a seat at the big kids’ table. We might be able to get Evans at lower ownership given his knee issues, so keep that in mind before going to contrarian. He’s seen double-digit targets in two of his last three, so if he’s healthy enough to play, expect volume.

Chris Godwin , WR TB – Five touchdowns in his last four games, one 100-yard effort and an average of seven targets per game over his last five. That should say it all, right? He’s going to be in an all-out battle with Chauncey Gardner-Johnson, but Giodwin should be able to beat the coverage, especially if the line is giving Brady time in the pocket.

Drew Brees , QB NO – If it wasn’t for the remote chance that Taysom Hill could still be active, I would have had Brees in the Captain/MVP section. If Hill is out, Brees, thankfully, doesn’t have to immediately leave the field once the Saints get inside the red zone. Just think about all the fantasy points lost because of Sean Payton’s stupidity. Hopefully we don’t have to deal with that this weekend.

Antonio Brown , WR TB – He’s still considered the contrarian play among the Tampa wideouts, but we are seeing ownership climb as the DFS sites continue to leave his price tag at an affordable rate. The targets have been inconsistent in recent weeks, but he does have five touchdowns in his last four games. If Brady and the Bucs are going to find success, this passing attack has to click.

Jared Cook , TE NO – The Bucs are allowing the fourth-most fantasy points per game to the tight end position among the teams playing and Brees is still limited in the number of reliable targets on the field with him. Last week, he was using Deonte Harris a bunch, but match-ups for him and Emmanuel Sanders aren’t as favorable this week. Cook isn’t too bad of a lean here given what we’ve seen from him and Brees in the past.

New Orleans Saints D/ST – Tom Brady ’s numbers have not been strong against the Saints this season, so if you believe his recent run is more a product of soft match-ups, then you’ll want to get the Saints defense into your lineups. The unit is going to try to rattle Brady early and they’re definitely an opportunistic bunch looking to capitalize on turnovers.