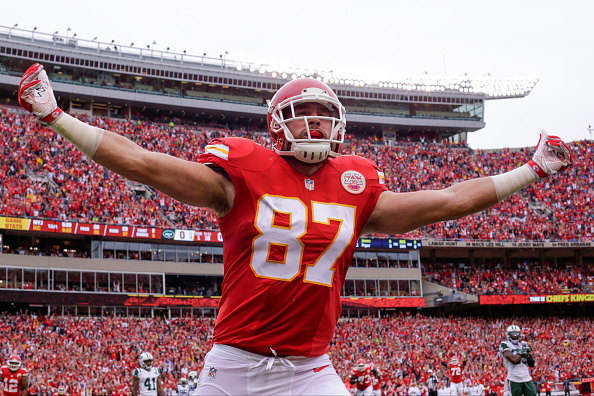 The total has hit the over in five of Cleveland's last seven games.

Kansas City is 4-1 straight up in its last five games against Cleveland. 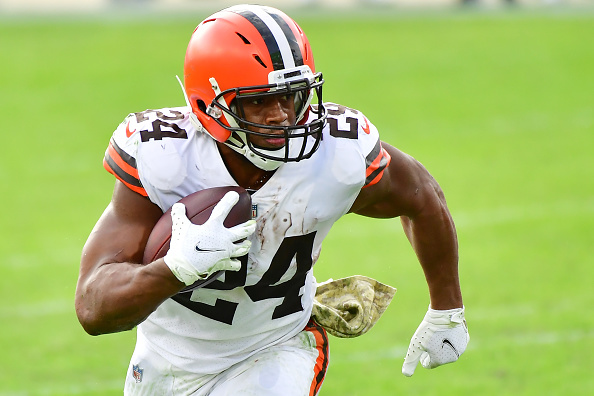 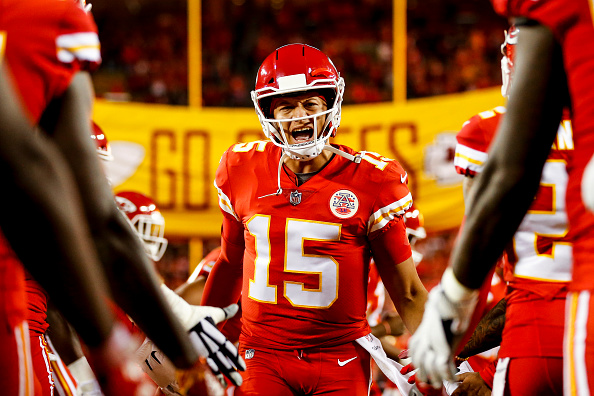 Patrick Mahomes , QB KC – If you’ve listened to me and Adam Ronis on the Ante Up Podcast this past week, you’ve heard us discuss the possibility of the Chiefs just unleashing an onslaught on the Browns defense this week after a season where many wondered if they could repeat. The more I think about it, the more I want to invest in all things Mahomes. Do you even need me to remind you that Ben Roethlisberger put up 500 yards on these Browns last week?

Tyreek Hill , WR KC – Even with Denzel Ward returning to action this week, there just isn’t a single cover guy on the Browns who can keep pace with the Cheetah. If the Chiefs are going to blow it out this week, Hill is posting big numbers.

Travis Kelce , TE KC – He’s the best in the game at his position and he’s leaned on heavily by his quarterback. The fact that the Browns rank28th in DVOA against the tight end is just an added bonus.

Nick Chubb , RB CLE – The only way the Browns come close to winning this one is if Kevin Stefanski rides Chubb like a pony all game long. He needs 20-plus carries to build up that momentum and he can tear up this Chiefs weak-ass run defense if given the opportunity. If you’re going the opposite way of a Chiefs onslaught, then Chubb as your Captain is going to be huge.

Baker Mayfield , QB CLE – The Browns are having him throw a little more than to my liking, but if Mahomes starts lighting up this Browns defense, then Mayfield is going to have to take it to the air. He’s got decent weapons over the middle and should be able to put up points which means having both QBs in your lineup could be the winner if you find the right pay-downs.

Kareem Hunt , RB CLE – Everyone can talk about the revenge-game narrative, but, more importantly, if the Browns fall behind, Hunt will see more snaps as the pass-catching back. He works well in tandem with Chubb, so if the Browns are winning, he’s a solid play. If they’re losing, well, more check-downs then which also makes him a solid play.

Jarvis Landry , WR CLE – He’s the No. 1 target for Mayfield and he’ll either be facing Antonio Hamilton or rookie L’Jarius Sneed in coverage. He’ll be leaned on in between the 20s and he’ll see his share of red zone looks as well.

Demarcus Robinson , WR KC – It sounds like the Chiefs could be without Sammy Watkins who hasn’t practiced due to an ankle injury. If he is out, then Robinson will step up to third in targets on the team. It’s always tough to figure who the KC dart-throw is, but while most flock to Mecole Hardman, we’ll take the better value with Robinson.

Clyde Edwards-Helaire, RB KC – The Browns defensive weakness is in the secondary, but the Chiefs are likely to find some success on the ground even if they start running right at Myles Garrett who tends to over-commit and over-pursue at times. He’s strictly a dart-throw to differentiate yourself from the rest of the herd, as it seems unlikely that Andy Reid will put the shackles on the passing attack. And if he's out, by the way, easy pivot to Darrel Williams or maybe even Le'Veon Bell .

Austin Hooper , TE CLE – The Chiefs allow the third-most fantasy points per game to the tight end position and Hooper has entrenched himself as the No. 2 target in this Browns passing attack. Hunter Bryant could be interesting if you really need to save salary, but we still like what Hopper brings to the table more.