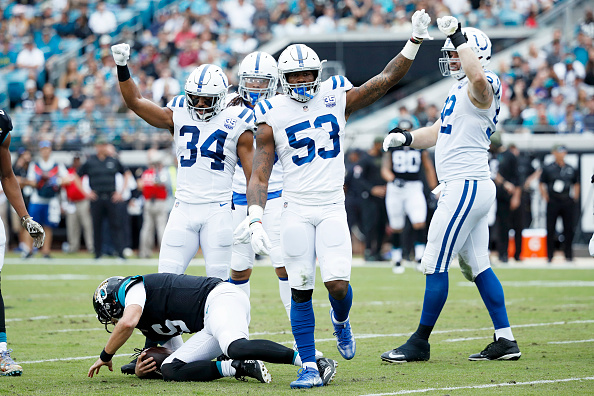 Welcome to the Thursday Night Showdown Slate for NFL Week 10!

Are you ready for a battle in the AFC South? The 6-2 Titans are hosting the 5-3 Colts in what appears to be the fight for division supremacy. If you listened to the most-recent Ante Up Podcast with me and Adam Ronis, as well as Wednesday’s Wager Alarm Livestream with me and Craig Mish, you’ll see how odd this spread is to all of us. The Titans have been 5.5-point favorites the last two weeks and have covered. Yes, those games were against bad teams, but is the Colts offense really any better than that of the Bengals or Bears? When a line is fishy like that, I always lean the other way, so if the world is going to be on the Titans, then I may just side with the Colts Defense.

Before we start, please allow me to reiterate that while we all love having a little skin in the game, these showdown slates are basically lottery tickets. Sure, there are times when the chalk hits and everyone shares in the prizes, but more often than not, you need that random, differentiate yourself from the herd dart-throw to hit in order to claim that top prize. As a result, we encourage to play responsibly. Stick to the GPP contests (single-entry preferred), don’t blow your whole bankroll and understand that, unless you are a max-entry player, you should prioritize having fun.

OK, lecture over. Let’s get to tonight’s action

Over has hit in three of last four Colts games 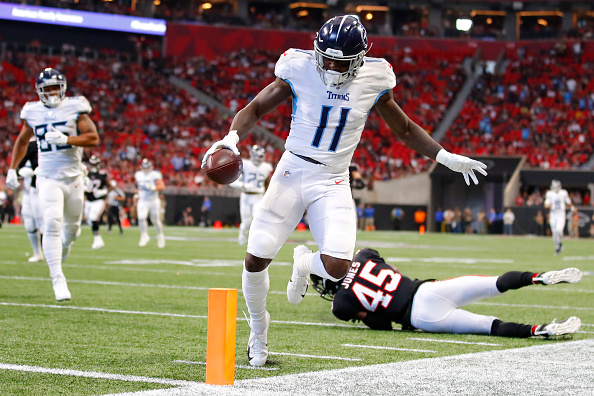 Average margin of victory of all games: 12.8

The reason we are listing these here is to help you understand what the Vegas expectations are. If you aren’t routinely amazed by how accurate spreads and totals are, you haven’t been paying attention and you’re missing out on a valuable tool. Take a look at the list below and understand how to utilize for DFS. When you see the over and under have the same money line, that’s Vegas’ way of saying it can go either way. You have the base number and can determine whether you use a player or not based on that. But when there is a different money line on the over and unders, Vegas is telling you what to expect. A negative money line means they feel it is more likely to happen which can help you make decisions regarding which players to play.

Colts Defense – The DVOA numbers against both the run and the pass don’t lie. This defensive unit is one of the best overall in the NFL with 20 sacks, 11 interceptions and two forced fumbles. The fishy line is pointing people towards taking the Titans and the points. This defense stands tall and no one is going to have them as their Captain.

A.J. Brown, WR TEN – If the Colts are winning this game and the defense is humming, the Titans are going to have to leave the ground game and try attacking through the air. That should put Brown front and center. It’s a tough match-up, but Brown has the size, speed and physicality to gain position, break tackles and pick up yards after the catch. 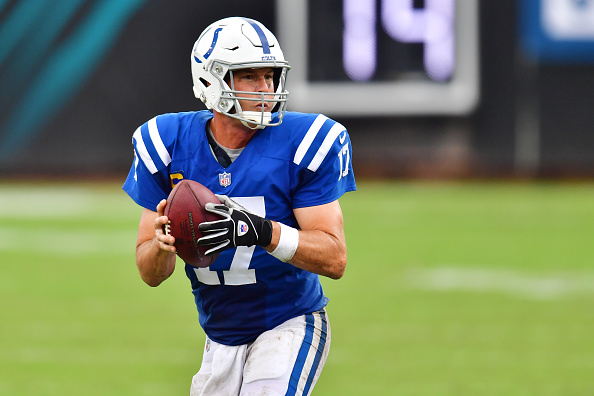 Ryan Tannehill , QB TEN – And if the Titans are going to have to throw the ball, then why wouldn’t we want Tannehill at the top spot? He doesn’t rack up a ton of yards, but if this game were to hit the over, he probably has a couple of TD throws.

Philip Rivers , RB TEN – Since no one can figure out this Colts ground game, it seems foolish to invest in a running back here. Rivers has a solid prop bet of 265 yards and he’s got most of his weapons ready to go as T.Y. Hilton and Michael Pittman are both a full-go this week.

Derrick Henry , RB TEN – Fading Henry is tough to do, especially at this time of the year. If you believe in the Titans tonight then you should have Henry in your lineup, at least for some potential goal line work. If you’re siding with the Colts and their defense, he’s a fade.

Michael Pittman, WR IND – If I have to get behind a Colts wideout, it will be Pittman taking on Malcolm Butler . T.Y. Hilton has been a disaster and while Zach Pascal is the only Colts wide receiver to catch a TD pass this season, he’ll be covered by newly acquired Desmond King . We’re obviously hoping Pittman sees at least another seven targets in this one.

Kalif Raymond , WR TEN – If there is one hole in the Colts pass coverage, it comes against the slot where they rank just 23rd in DVOA. Raymond has the speed to get away from Kenny Moore in coverage and has been a deep threat for Tannehill before. With Adam Humphries out for tonight’s game, Raymond should see a strong increase in snaps tonight.

Trey Burton , TE IND – We already know Frank Reich loves getting Burton involved (they have history that dates back to when both were in Philly), the Titans rank 29th in DVOA against the tight end and they are allowing the ninth-most fantasy points per game to the position this season. Jack Doyle is out and Mo Alie-Cox is banged-up and questionable. Burton’s salary also helps if you are looking to get higher-priced guys in there.

Stephen Gostkowski , K TEN – If you side with the Colts defense, then perhaps you need to throw Gostkowski into your lineup, expecting the Titans offense to stall at times. You could go with Roderigo Blankenship too, if you like, especially if you think the Colts earn this victory.