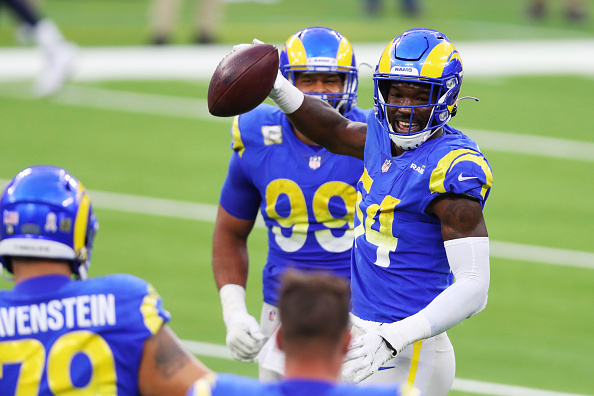 Bye week interruptions are winding down finally, with our last four team absence this week, then a tease for Week 12 before we miss out on the chance to employ the Panthers and Buccaneers in what is generally the last week before fantasy playoffs begin. Now is prime time to bolster your rosters, cutting loose those injured or under-performing characters you have not yet booted to the curb. Pruning is essential for any good garden, so let’s “grow” your playoff squads.

NOTE: The injury report grew significantly deeper with the COVID-19 situation affecting the Raider defense. Take a look below before setting your lineups, and keep an eye on future developments prior to the Sunday night game.

Cincinnati is essentially a dumpster fire for fantasy purposes overall, but Pratt is a decent option in a league that emphasizes tackle production and has three or four LB starting options. He is coming off an eight total tackle (TT) effort in Week 10 (five solo). The Bengal defense sees a ton of playing time in games, so he gets the snaps.

Floyd picked up three sacks on Sunday against the visiting Seahawks, which gives him a total of seven on the season, tying his previous career best achievement in that stat category. Six solo tackles, two for a loss of yards (TFL) and five QB hits/hurries filled up a busy stat line. Then add in a fumble recovery (FR) and you really benefitted in you had him in your lineup last week. Playing a linebacker at DL in ESPN leagues is extraordinarily attractive, as well.

Davis had been a so-so option for IDP purposes until he exploded for double digit tackles against the visiting 49ers in Week 10 (eight solo, three TFL). He was a force on defense, racking up a sack, two QH and deflecting a pass, too (PD). The Drew Brees injury will impact the Saint offense, and likely lead to more tackle opportunities going forward, but perhaps not 12 TT as in this past contest, as expecting that sort of production is just greedy.

The fourth-round rookie is seeing significant playing time (PT) albeit not as a starter at this point in his career, despite the reshuffling of the Viking defensive line that trades and injury have initiated. He picked up his third sack of the season against the host Bears in Week 10. He has a good matchup on tap with the Cowboys coming to visit this coming week.

As noted above, the Bengal defense is seeing plenty of time on the field this season, and Kareem has a pair of good matchups in store with a trip to DC and then a home game against the Giants. He has collected three TT in two of his last three games played, so as a bench option, the widely available DE is injury protection for your consideration.

Another depth DE to have on your radar, Simon is putting up decent tackle results overall, although he is occasionally inconsistent in fantasy point production. He has collected five TT in two of his last three contests, and the matchups keep improving over the next three weeks with the Texans, Cardinals and Chargers lined up on the schedule.

If your league requires a DT slot, Jones is remarkable productive from the nose tackle position. He had five TT in Week 10 (four solo, one TFL) with a sack and a QH for the big-play value tossed in. He is on the field for significant defensive snaps every week, to boot.

Savage provides generally solid tackle numbers for his owners, and with top Packer LB Christian Kirk sey back on the field, he should benefit in terms of providing fantasy numbers. He has two superb matchups in the next two weeks with the Colts and the Bears offering him the opportunity to rack up the TTs.

Kearse’s PT may take a hit with Tracy Walker back from injury to serve as starting free safety. He is coming off a nine TT effort (eight solo) against Washington, but is only valued in tackle-oriented leagues, as his big-play production is nearly non-existent.

Jones forced a pair of turnovers in Week 10 against the host Packers, with a forced fumble (FF) and an INT. He also had a couple of PDs and nearly double digit tackles, with 9 TT in Green Bay (six solo). The upcoming matchups are not great, but on paper, neither was the contest against the Packers.

He led his team with 10 solo tackles against the Rams last week (one TFL). He also recovered the strip-sack provided by Jamal Adams . He is coming on strong late in the season after missing the first seven weeks/six games with injury.

Despite the Raiders offering plenty of tackle opportunities in Week 10’s contest, Chubb collected a mere single solo (TFL) for his production. He has put up 5.5 sacks on the campaign, but none in the past two weeks and not much else to show in terms of fantasy point production.

White is a three-down LB that is woefully unproductive despite the significant time on the field. Things could improve against the Chargers run-oriented offense this week, but recent performance argues against employing his services until he offers double-digit tackle numbers again, as the big-plays are practically non-existent for him.

The veteran LB continues to see significant PT on defense, but just is not putting up any numbers as a result of that usage. He is coming off a two TT effort against the Steelers (one solo), and that just argues against any place in anyone’s IDP lineup.

Ferrell was a top pick last season but his ability to perform up to expectations has so far not materialized. He has yet to produce even a partial sack this season, and is not expected to play this coming game against the Chiefs with a positive COVID diagnosis taking place.

It was considered a good move when he was traded to the Ravens, but that has proved to be a false hope. He has three solo tackles and zero sacks in this past three contests, and saw his PT shrink against the Patriots.

The first-round pick cornerback for the Leos has been relegated to a backup/part-time role in the Detroit defensive scheme. Playing less than 50% of the snaps on defense makes him a liability for your IDP lineup until he sees more PT.

Remember, the first team listed is the one to use your IDPs against. Do not go crazy, and play a LB5 against the Vikings, but certainly you will do well if you own a LB on the Bengals or Steelers, or a top DE or S on the Browns that you can plug in this week, for the most part.

Cameron Jordan NO back