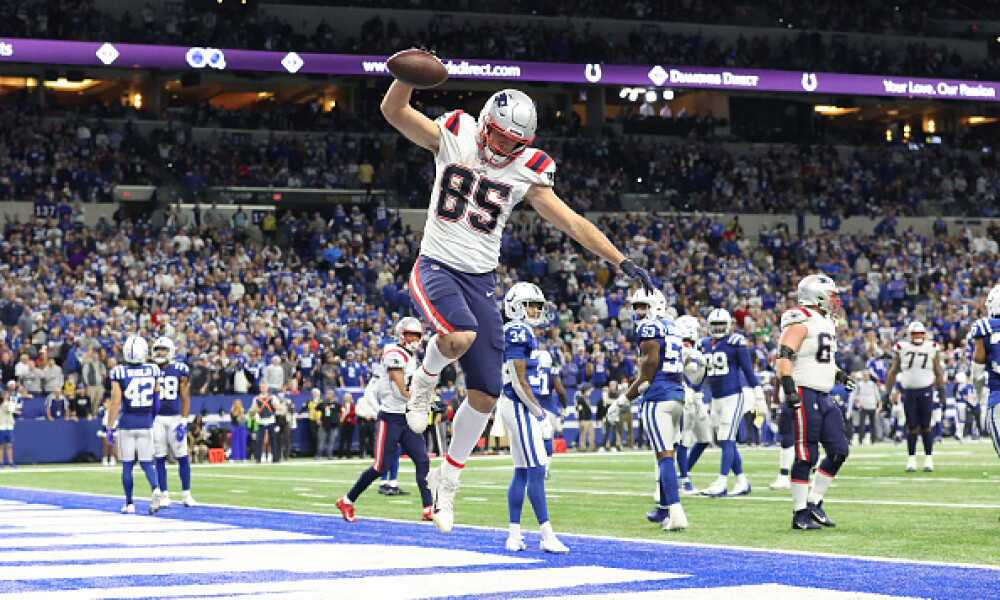 The NFL offseason is kicking into full gear and the fantasy football season never sleeps, especially with the surge of best ball fantasy football. In this article, we are going to be looking at some of my favorite value tight ends in best ball drafts based on their Underdog Fantasy ADPs!

The tight end is a unique position. You need to find the right combination of talent, scheme, and opportunity to have fantasy success. We’ve seen a talented player like Delanie Walker languish behind Vernon Davis for seven years before breaking out at age 30 - he simply didn’t have the opportunity. We’ve seen Mike Gesicki stuck in a scheme like Adam Gases’s where he was asked to block on 17% of his PASS plays (he blew up under Brian Flores when that number went below two-percent). And, of course, there’s been countless instances of players with golden opportunities that were simply not talented enough to produce (we’re not out to hurt feelings here so won’t go into names).

At this stage in the off-season when we are doing random best ball draft or plotting to take over our dynasty league, we just want to shoot our best shot at capturing these three aspects.  Obviously, a guy like Travis Kelce is the shining example of talent, opportunity, and scheme all coming together in sweet, productive, harmony. But it’s boring to write about the top dogs. So here are three names currently going outside the top 12 tight ends in Underdog Best Ball Drafts that could have all three.

Talent: Folks love touchdowns (which Hunter Henry provides plenty of as he was tied for the league lead with nine last year). But touchdowns are often fluky and unpredictable. One of the key indicators of sustainable success for tight ends in the red zone is their ability to beat man-to-man coverage. Teams often go to Cover 0 in that area to sell out for the run so you get one on one situations. That’s what Hunter Henry provides whereas his teammate Jonnu Smith does best in open space against zone. In 2021, 39.7% of Henry’s targets came vs. man to man which was only behind Mike Gesicki and Dawson Knox for tight ends (Knox also tied for the league lead with nine touchdowns). Henry is a guy who can create for himself.

Opportunity: As of now, the Patriots have not added any more pass catchers in free agency. That leaves the top WRs as Jakobi Meyers, Kendrick Bourne, and Nelson Agholor. The path to targets is there. The question is whether Mac Jones and the Patriots are willing to provide the volume.

Scheme: The slight downfall for Henry is they do ask him to block a decent amount. He blocked on 11.1% of his pass plays in 2021 which is not ideal - we want that number closer to five-percent. But he makes up for it by lining up at wide receiver for a good number of snaps. His 321 routes from the slot were the sixth most in the league last year.

Talent: We don’t really have to get too deep into describing his talent when healthy. He’s a former quarterback that converted to tight end and finished as the TE3 overall in fantasy in 2020. He runs a 4.61 forty at 6’6” 248 and is in the top 10% in terms of size-adjusted speed score per PlayerProfiler.com.  He’s clearly a solid athlete and we’ve seen him put up numbers.

Opportunity: Last year, before he got hurt in Week 4, he literally played every snap. Yes, 100% of the snaps, three weeks in a row. Curtis Samuel might be healthy this year but Thomas still has a clear path to a huge workload again. The important thing is for him to recover from the knee injury in time to reclaim his role.

Update: the Commanders drafted WR Jahan Dotson in the first round and TE Cole Turner in the fifth round so be weary. Check this article for some ADP values on Underdog post draft.

Scheme: In 2020, no tight end ran more routes from the slot than Logan Thomas. Not even Travis Kelce. Now his quarterback is Carson Wentz who had no trouble throwing the ball to Zach Ertz out of the slot when he was in Philly. In his four healthy seasons with Wentz, here is how Ertz finished in fantasy football: TE6, TE3, TE2, TE4. If Ron Rivera continues to use Logan Thomas in the slot, his TE17 ADP is going to look silly.

Talent: Those familiar with my work will say I’m an “Evan Engram Truther”. And they aren’t wrong. But I’m not the only one. In 2020 the fans voted for TJ Hockenson and Robert Tonyan for the Pro Bowl but the players and coaches voted for Engram. That shows that he still gets some respect around the league and maybe that’s why he was the highest-paid free-agent tight end this offseason. We’ve seen him finish as a top-five TE with Eli Manning before so the bet here is that Engram is good but Daniel Jones is not. Everyone wants to talk about drops but Engram only dropped four passes last season and drops only matter when the team loses faith in you. He’s got a new team that just paid him because they believe in him.

Opportunity: Marvin Jones, Christian Kirk, Zay Jones, Laviska Shenault. Why can’t Evan Engram become one of Trevor Lawrence's favorite targets with that motley crew? Kirk and Jones are coming to the team without having played with Lawrence before either so they don’t have any sort of advantage in terms of earning his trust. The door is open as far as I’m concerned.

Scheme: Remember how we talked about Zach Ertz? Well his former coach, Doug Pederson, is now the head coach of the Jaguars. Engram and his agent emphasized him playing more wide receiver than in-line tight end so they likely picked the scheme carefully. Evan Engram is 6’3”, 234, and runs a 4.42 forty. Those dimensions are right in line with guys like Andre Johnson or Demaryius Thomas, not a typical tight end who is bigger and slower. He’s been stuck with a team that was using him the wrong way for a long time.