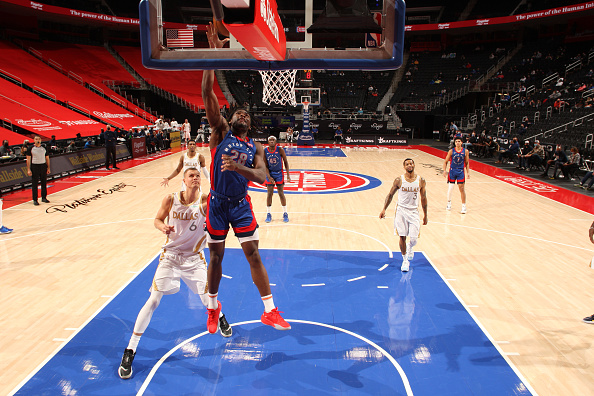 Bane has been playing well and could start tonight with Grayson Allen ruled out. Bane has played at least 31 minutes in two of the last three games. He has taken 27 shots from the field over the last two games and had 42 and 33 DK points. Bane is averaging 22 points, six rebounds, 2.5 assists and 1.5 steals the last two games and gets a great matchup against Detroit.

Martin started in the last game with the Hornets short-handed. P.J. Washington will be back tonight, but  Devonte' Graham is doubtful and Miles Bridges and Gordon Hayward are out and Martin should continue to get minutes. He had 17 points, five rebounds, two assists, two steals and one block for 32.75 DK points.

Gallinari only played 20 minutes last night as the Hawks pulled away in the fourth quarter against the Suns. He had 30.25 DK points and in the prior game against Portland, he had 50.5 DK points in 32 minutes and hit seven three-pointers. Gallinari gets a great matchup against a Pacers defense that has been awful without Myles Turner .

Stewart hasn't been getting the minutes we hoped for with Mason Plumlee resting. Stewart has shown a high-ceiling and has topped 30 minutes one time in the last eight games. He has at least 31.8 FD points in three of his last five games and has at least 39.9 FD points in four of the last 11 games. Memphis has struggled against centers and allows the fourth-most FD points to the position.

The Lakers will be without LeBron James and Dennis Schroder and Talen Horton-Tucker is listed as questionable. Caruso played 26 and 27 minutes the last two games with the duo out and had 18.3 and 24.5 FD points. Caruso allows you to get a few high-priced studs in.

If Malcolm Brogdon remains out, McConnell is in play. He had 15 points, nine rebounds, eight assists and two steals for 39.8 FD points against the Wizards on Monday and had 11 points, seven assists, three rebounds and three steals for 30.1 FD points last night.