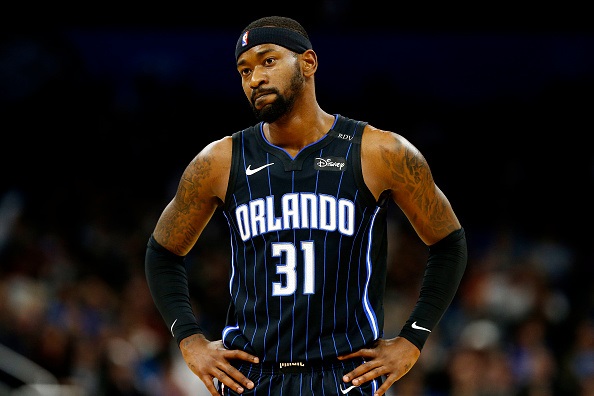 FANation! Welcome back to yet another edition of the Fantasy Alarm NBA DFS Value Vault! We have a massive 10-game slate on tap for tonight, so let’s see what we have so far!

1. Robert Covington ($5,800)- Kick the value off right here with RoCo tonight, as he has really been the shining light for the Wolves lately. Wiggins has struggled quite a bit since returning to action, and RoCo has continued to play very well over his last 6-to-8 contests. Cov has now put up 30 or more fantasy points in his eight of his last ten contests, while also playing at least 27 or more mins in his last nine of ten as well. Not only has he been taking double-digit field goal attempts over his last seven-straight, he has recorded at least two or more steals in his last six of seven, and a total of five blocks over his last three as well.

2.) Terrence Ross ($4,400)- Ross could benefit bigly in the minutes department tonight with the Magic already ruling out both DJ Augustine and Michael Carter-Williams for tonight’s showdown with the Lakers, AND Evan Fournier is sitting with a game-time decision tag currently for the game, as well. Ross saw 32 minutes off the bench the last time these two missed a game, and took 16 field goal attempts on the night. We are always more prone to playing Ross on DK for his 3-point upside. Ross has been more than serviceable lately, going for 20 or more fantasy points in his last six of seven contests, while also seeing at least 25 or more mins in his last five of six as well. I would expect him to see around 30 tonight, making him a great value on the big slate.

3.) Matisse Thybulle ($3,500)- With the Sixers missing Joel Embiid , they will lack interior big men, and Thybulle can help fill this void. Thybulle is close to near minimum price tonight on DK, and has seen his minutes ramp up over his last three since returning from injury, playing 19, 20, and 28. This is very encouraging, as Thybulle was a big part of the Sixers rotation when Embiid was in, and before Thybulle had gotten injured, so this makes perfect sense. We have seen Thybulle put up some 25+ FP efforts earlier this season, so the price is just fair enough to take a chance on the upside and minutes he should see tonight.

1.)Josh Richardson ($5,700)- We will take the cheaper version of Josh Richardson over on FanDuel, as he is $700 more over on DK tonight. Even though Richardson hasn’t really been recording any defensive stats over his last few games, he has seen loads of minutes, playing 33 or more in his last five straight, while also topping 31 or more FD points over his last four of six contests. He already sees a 2.4% usage bump without Embiid on the floor, totaling his usage rate to 24.4% overall. He gets the Nets on a back-to-back tonight, who are allowing the sixth most FPs to opposing SGs over their last ten games.

2.) Josh Okogie ($4,400)- Okogie has played 25, 30, and 24 minutes over his last three games, while putting up 26.5, 43.5, and 25.6 FD points as well over that span. He has swiped up a total of four blocks, to go along with a massive NINE steals over his last three, as well. This makes his value so much more plausible over on FD, where he gets the extra point value on his defensive stats. It is a good spot as well, as the SF spot is one of the weaker points of this Pacer defense. Like the value here for Okogie tonight.

3.) Jerami Grant ($4,000)- Grant couldn’t ask for a better match up tonight, as the Nuggets welcome in the Charlotte Hornets for tonight’s match. Grant has seen tons of extra run over his last four games with Paul Millsap sitting on the sidelines, seeing 22, 33, 27, and 33 minutes over those four. He has also been able to produce decently, going for 25.4 and 37.2 in two of those four, so the upside is there as well. CHA is also allowing the MOST fantasy points to the PF spot over their last ten, so this makes the spot even better tonight for Grant at home.