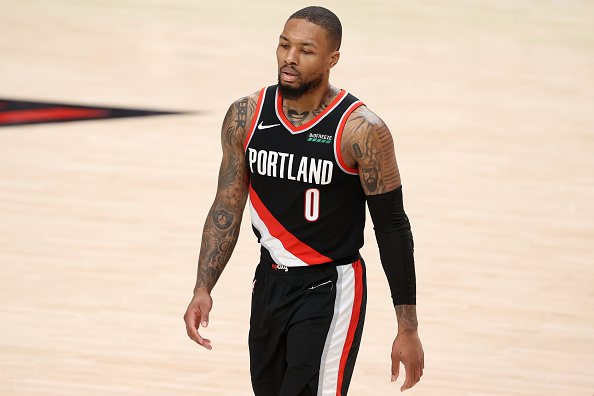 The Hornets are back at it again as they face the Blazers in a late-night showdown!

With Charlotte’s injury issues (only nine available players) there will be some value available further down, so why overthink it? Lillard is the best player on the slate and as far as captains go, there is some affordability here too. He is coming off a 35-point outing against the Lakers on Friday, and with the benefit of two days off he will be well rested facing a Charlotte team that played last night. Over the last 10 days, Lillard is averaging 29.8 points and 9.8 assists per game and is in the midst of a stretch where 50 DK points is just a run of the mill performance as we have seen a 79-point game along with others of greater than 60 points.

I hope you had Washington in your lineup last night, and the good news is that his success against Sacramento isn’t really reflected in tonight’s price.  The Hornets’ options in the middle are limited behind Washington and to say he took advantage of it with 42 points and nine rebounds would be an understatement. While we know enough not to go chasing a duplicate performance, the Trail Blazers have had difficulty with opposing centers so far this season, so we do have another favorable match-up and he should come close to last night.

Not only is Ball scoring at a high (for him) level with four straight games of 20-plus points, he scored 24 last night, but his playmaking skills were on full display on Sunday with 12 assists. From a DFS perspective, we don’t really care where the points come from, but Ball does give us a nice bonus with his rebounding skills which now just makes him an even better option as he has surpassed the 40 DK point level in six of his last seven games. There is no reason not to expect him to be fully involved once again tonight as he tries to keep up with Lillard.

Heyward is likely to be sidelined again which means Rozier will be front and center offensively for the Hornets. The problem is that Rozier’s shot didn’t fall last night and he was just two of nine from the field giving him just eight points. Rozier did chip in four rebounds and four assists but all that really did was off-set his five turnovers. With 3.4 turnovers per game over the last 10 days, that is not an insignificant issue for Rozier as he has struggled in his last four games after three straight contests with greater than 50 DK points. Don’t force Rozier into your lineup tonight as the volatility for the price is tough despite the 20 points per game he is averaging.

Kanter continues to log greater than 30 minutes per night and his rebounding skills have been on full display over the last four games with 15 per game. On the offensive end, Kanter’s production isn’t as prolific or consistent, but there will be a lot of offense tonight, and Kanter shouldn’t find too much resistance in the paint either. A double-double gets us to about 30 DK points if we are being conservative so it wouldn’t surprise me to see Kanter in the 40 to 45 range tonight.

I wouldn’t discount Monk just because he comes off the bench as he played 31 minutes last night. Despite missing all seven of his three point attempts last night, he still scored 21 points in what was the fourth straight, and fifth out of his last sixth, game for Monk over the 20-point mark. We know that Monk will be busy shooting the ball once again tonight, and that is a good thing as that is where the majority of his value comes from. Tonight, it is hard to argue with the price based on the usage.

Admittedly this is expensive for a dart throw, but Anthony is better than the majority of the options we see at this level. Despite coming off the bench, Anthony plays about 20 to 25 minutes per night and, on average, gives us about 10 fantasy points of production more than he scores. With that being said, his value is tied to his offensive production however there is some fluctuation on a game-to-game basis (7,10,24,4) which moves him into this category.

After starting on Friday against Golden State, Martin moved to the bench last night against the Kings but actually played two more minutes (27). With nine points and three assists, Martin really didn’t stand out from the crowd, but it was his second straight game with 18 DK points. Martin offers salary relief and a solid floor tonight which places him firmly on our radar.

It doesn’t get any cheaper than Hood tonight, and his price is his most redeeming quality. Second to that, Hood is averaging 18.5 minutes per game for the season, and 18 minutes per game over the last 10 days. On average, that has only resulted in 10 DK points but showing up is half the battle, and in some GPP lineups, there is value in what Hood brings to the table.