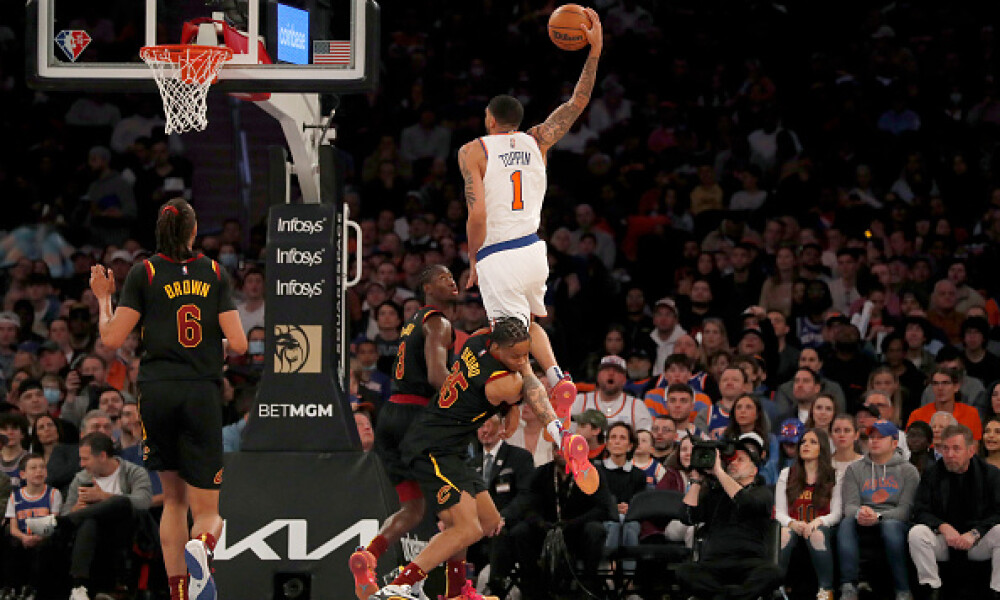 We’ve reached the final week of the NBA regular-season meaning the 2021-2022 fantasy basketball season is coming to a close. Over the last few years, the final week of the season has been harder to track because teams who aren’t contending are benching main rotation players, meanwhile, contending teams are giving certain players “rest games” and we’re sometimes not hit with that news until an hour before game-time. Look at stats from over the last week or two in order to track any trends. Looking at full-season stats at this point is useless because it’s about what the players can do for your teams right now. Why play a player or retain one who is clearly getting their minutes reduced? Here are a few players who should play deep into games throughout the week.

37% Rostered: Theo Maledon will be running the point for the Thunder for their final few games. Shai Gilgeous-Alexander, Josh Giddey and Luguentz Dort are all inactive and he’s taken 13-plus shots in five of his last six contests. He’s been very productive as the Thunder’s main playmaker dropping at least five dimes over his last four games and he’s even been grabbing boards and steals. We’ve seen Maledon be productive but hasn’t been needed for the most part throughout the year because Gilgeous-Alexander and Giddey ran the offense themselves, but, Maledon over the last couple of weeks has been a multi-category producer and he has strong matchups coming up to end his season against the Blazers, Lakers and Clippers. He’s logged 32 minutes or more in five of his last six outings.

27% Rostered: We’re hearing reports that Julius Randle may not play again for the rest of the season and Obi Toppin will be the main beneficiary when it comes to minutes. He’s produced back-to-back 20-point outings and he’s taken double-digit shots in five of his last seven games. As long as Randle is out, Toppin should hit the 30-minute mark in all of the Knicks final three games. He’s also swatted away shots in four of his last seven contests. For as aggressive as he plays in the paint, Toppin helps the Knicks stretch the floor and he drains long-range jumpers. He’s coming off of a game in which he knocked down four three-pointers. The Nets, Wizards and Raptors remain on the schedule and all are beatable frontcourts and the Nets will have to decide whether or not Kevin Durant should guard RJ Barrett the entire game, or if he should shadow Toppin. The Nets frontcourt is still beatable even if Toppin is being guarded by Durant.

34% Rostered: With Domantas Sabonis getting ruled out game after game and Richaun Holmes being out of action, Damian Jones has been able to log a ton of minutes and he’s exceeded 30 in each of his last three games. Jones has been scoring in double figures regularly scoring 12-plus points in seven straight battles. He grabbed no fewer than five rebounds in all seven games. Jones can also step back and hit three-pointers if needed as a bailout option. De’Aaron Fox remains out as well for the Kings and they don’t have a lot of options to turn to for offense. Teams are starting to double-team Davion Mitchell and Jones should continue getting more time with the ball in the paint. Jones has also blocked 10 shots total over his last two games and the Pelicans and Clippers will be easy for him to produce against until he battles Deandre Ayton in the Kings finale, but Ayton could very well be rested for the Suns postseason run.

22% Rostered: As mentioned, teams are starting to keep a closer eye on Davion Mitchell and Donte DiVincenzo will get higher-percentage shots. He’s hit double figures in scoring in six of his last seven outings and he should be taking 10 or more shots regularly in the Kings final three games of the season. DiVincenzo has pulled down six or more boards in four of his last six contests and he’ll toggle playing on and off the ball. He should play 30-plus minutes for the next few games and he’s even dropped four-plus dimes in four of his last six outings. Let’s not forget about DiVincenzo’s perimeter defense which made him key for the Bucks before he got hurt last season and we’ve seen DiVincenzo swipe multiple balls in four straight games.

40% Rostered: Even with Paul George back in the lineup, there’s plenty of room for Isaiah Hartenstein to get run and pick up shots. He does split time with Ivica Zubac, but he’s scored 12 or more points while playing fewer than 28 minutes in five of his last six battles. He’s been active on the glass grabbing seven or more rebounds in four of his last five contests and he’s been helpful in moving the ball around hitting the cutter when he’s double-teamed in the post. His shooting range is better than Zubac’s. Hartenstein has dished four or more assists in five of his last seven outings and Hartenstein has good matchups upcoming against the Kings and Thunder and both teams struggle at containing opposing frontcourts. As long as Hartenstein’s minutes remain over 20, he’s a safe player to add.

40% Rostered: The Thunder are running out of options and Pokusevski will spend a good amount of the time with the ball for the remaining four games on the Thunder’s schedule. He’ll force himself in the lane to draw contact and off the ball, he’ll move around the arc to get open from long-range. Pokusevski hit three or more three-pointers in both of his last two contests and he’s scored 11 or more points in 4 straight outings. He’s coming off of a triple-double and has recorded two double-doubles in his last three outings. He’s dropped eight-plus dimes in each of his last three battles. He’ll continue getting fed double-digit field goals and he’s grabbed eight or more boards in three of his last five battles. He’s looking at a usage percentage nearing 26 with the current active Thunder players.

35% Rostered: It’s not a lock that Deni Avdija receives 30 minutes of playing time, but we’ve certainly seen his production not flounder over the last few weeks. Avdija has hit double-digits in scoring in six of his last seven games taking 10 or more shots in five of those contests. He’s pulled down seven or more boards in four of his last five contests and he can certainly bring up the ball and he’s contributing more assists in recent games. It’s not looking for Kyle Kuzma to play again this year and besides Kristaps Porzingis, it will be up to Avdija along with Kentavious Caldwell-Pope and Ish Smith to produce offensively. He’s even swatted away shots in three of his last five outings. Avdija has four games remaining on his schedule and he gets good matchups in three of them against the Timberwolves, Hawks and Hornets mid-courts. The Knicks midcourt will be his toughest for him as RJ Barrett is a good defender.

21% Rostered: Since Kristaps Porzingis got traded, the Mavericks have had to rely on Dwight Powell a bit more and with Maxi Kleber dealing with a sore Ankle, he should get more run for the Mavs final few games. He gets three very easy frontcourts to match up against to end his season as he gears up to battle the Pistons, Blazers and Spurs. Powell is coming off of a double-double and has grabbed no fewer than five rebounds in eight straight contests. He’s blocked shots and grabbed steals in two of his last three outings. Seeing him score 12 or more points in six of his last eight battles is very encouraging and he can have the paint to himself and Dorian Finney-Smith can spend more time on the arc as a bailout option on offense. Powell is a bit more of a banger in the paint than Kleber.

3% Rostered: Detroit has nothing to play for and Cade Cunningham has been hurt a bit and Isaiah Livers has played 35-plus minutes in both of his last two outings. Jeremi Grant is out for the rest of the season and Livers has scored 11 or more points in both of his last two contests posting a double-double in one of them. Livers has hit nine three-pointers collectively over his last three games. The Mavericks mid-court isn’t as tough on opposing players as their frontcourt and backcourt are and Livers will face them next on the schedule. After that, the Bucks and Sixers will be easier matchups for him. Livers has also produced steals and blocks in both of his last two outings. We should see him hit the 10-shot mark in his remaining three games. He’ll see a lot of open three-pointers, but he will attack the lane if it’s open.

4% Rostered: I know we’ve covered a lot in this piece, but they have four games left on their schedule and we need players that have higher ceilings of production to help lead us through this final week of the season. Lindy Waters has played 23 or more minutes in five straight games and scored at least 10 points in all of them. He’s taken no fewer than 11 shots in any of those contests. He’s been a very productive long-range shooter lately knocking down four or more three-pointers in four of his last five battles. Additionally, he pulled down four or more rebounds in four of his last five games and he’s even produced steals in three of his last five outings. He should continue to stay in the Thunder’s rotation with Darius Bazley and Tre Mann also hurting along with most of the team.