MLB Streaks & Trends: Yordan Alvarez is in a Groove 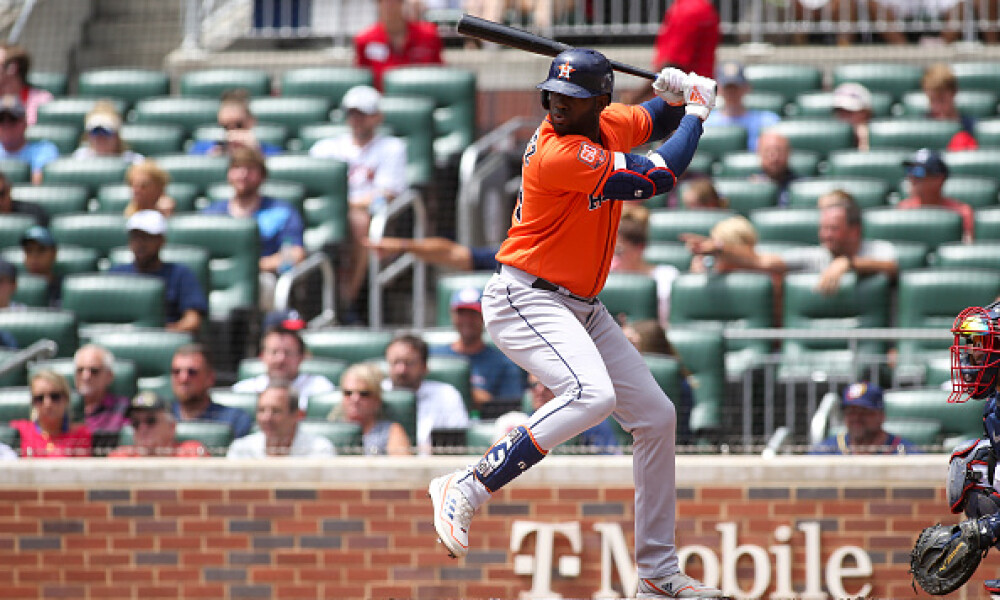 It’s Saturday, so it’s time to grab your coffee, tea, or whatever your morning/early afternoon beverage of choice is and dive into some notable streaks and trends across Major League Baseball.  Houston’s Yordan Alvarez and New York’s Aarn Judge have gone streaking of late, but these two stars don’t hold the longest current streak. That title currently belongs to Trea Turner (12) with Vladimir Guerrero Jr. right behind (10). Aside from some of the hottest hitters in baseball, we take a look at some guys on the other side of the pillow, notably Jonathan India, Oneil Cruz, and Josh Jung. This is the most important time of the year for fantasy baseball, especially if you are in your league’s playoffs and pushing for that illustrious fantasy baseball championship. Let’s take a look at some of the notable hit streaks and current trends across Major League Baseball.

Yordan Alvarez, HOU - After being stuck in the mud in August, where he hit just .234 with a .298 BABIP, Alvarez has turned it on in September, most notably in the past week or so. Yes, he hit three home runs last night, but over his last seven games, he’s slashing .542/.645/1.333 with five home runs, four doubles, 10 runs scored, and six RBI. During this seven game hit streak, he has a triple-digit average exit velocity, and a .471 BABIP. Alvarez is heating up for Houston at the right time, and his chances of getting to 40 home runs for the season greatly increased with last night’s trio of round trippers.

Jake McCarthy, ARI - In the month of September, McCarthy is slashing .367/.426/.531 with two home runs, six stolen bases, a .416 wOBA, and 169 wRC+. He’s played in only 84 games this year, yet he’s hit .303 with eight home runs and 18 stolen bases! His impact in the fantasy baseball realm has been felt immediately, and his blazing speed can help make up for an underwhelming batted ball profile. His xBA currently sits at .264, so while he may not be a .300+ hitter in future seasons, a .270ish batting average with 20+ stolen bases seems in play for McCarthy.

Julio Rodríguez, SEA - Rodriguez’s stolen base numbers may have dwindled since the All-Star break, but Rodriguez has continued to produce in other categories. During his seven-game hit streak, he’s hit four home runs with a 1.042 SLG and 346 wRC+. The likely American League Rookie of the year has six home runs in the month of September, and he’s just a trio of homers away from joining the 30/25 club as a rookie.

Jonathan India, CIN - Over the last calendar week, no qualified hitter in Major League Baseball has a worse batting average or OBP than Cincinnati’s Jonathan India. Over his last eight games, he’s 1-for-25, and for the entire month of September, he’s hitting just .204. In a season where he was constantly battling injuries and being in and out of the lineup, fantasy baseball managers will be hoping for a bounceback 2023 season for the Cincinnati infielder.

Oneil Cruz, PIT - Cruz is going to be such an intriguing fantasy baseball player in the 2023 season, especially during drafts. In 72 games this season, he has 16 home runs and seven stolen bases, but a 37.8 percent strikeout rate and .221 batting average are tough pills to swallow. He has some pretty bad split disadvantages against lefties, and over his last 10 games, while he’s hitting .262, he has a 43.2 percent strikeout rate! However, strikeouts and batting average be damned, his current pace comes out to 36 home runs, 108 RBI, and 15 stolen bases over a full 162 game season.

Josh Jung, TEX - So, the good news is that Jung has hit safely in all but one game at the game’s highest level. However, he’s only hitting .250 in that stretch, and he has a 50 percent strikeout. Yes, he’s struck out in half of his at-bats thus far. Could he be pressing a bit to make a sizable impact? Sure, but a 42.2 percent O-Swing rate, 66.2 percent contact rate, and 19.4 percent swinging strike rate is not going to do you any favors. Strikeouts may rear its ugly head from time to time, but he’s a legit power bat that will thrive at the dish in years to come.