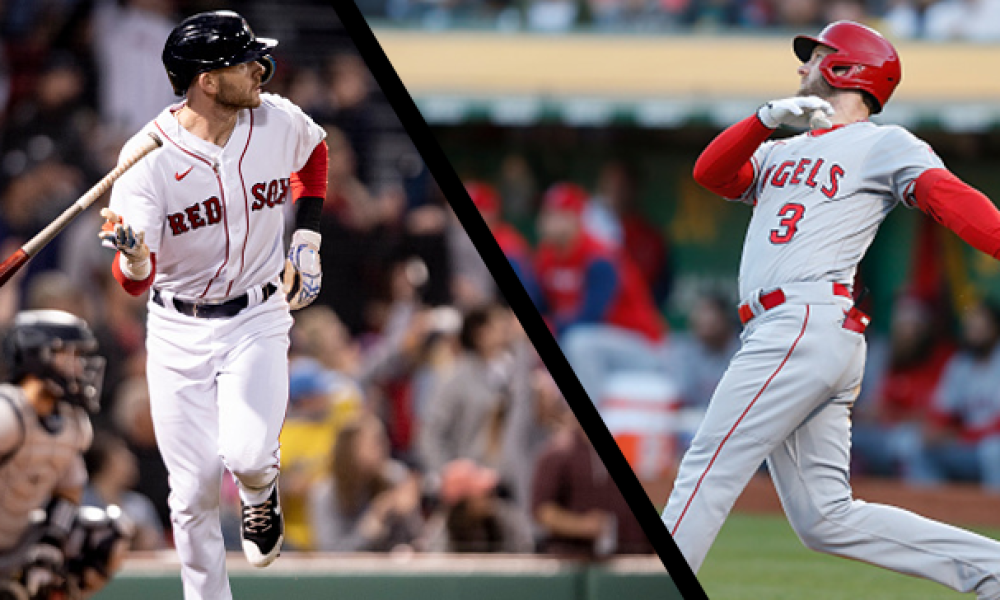 In a league with Aaron Judge, Yordan Alvarez, and Vladimir Guerrero Jr., it’s Texas’ Kole Calhoun that has the most home runs in baseball over the past week. Not only does Calhoun have five home runs in his last seven games, but he has an impressive .375/.448/1.083 triple slash, and if math isn’t your strong suit, that comes out to a 1.531 OPS, which is also the best in baseball over the last week. The veteran outfielder is currently sporting career bests in terms of his barrel rate and average exit velocity, and while he’s hitting just .243 on the year, his xBA of .269 indicates that maybe Calhoun has some staying power for fantasy baseball managers.

I don’t want to pat myself on the back, but I wrote about Trevor Story being a buy-low opportunity in fantasy baseball. A position change and a new home can take some adjusting, and Story has routinely been a streaky guy who gets better as the weather warms up. It was a slow start for Story, but his time was coming, and that time is now. Over the last week, he’s hit .320 with five home runs, 12 RBI, 10 runs scored and four stolen bases! This type of production is what Boston was looking for when signing him this offseason. He’s sporting a career best barrel rate at the moment, and when you look at the below graphic, even prior to his recent outburst, the makings of a bounce back were present. 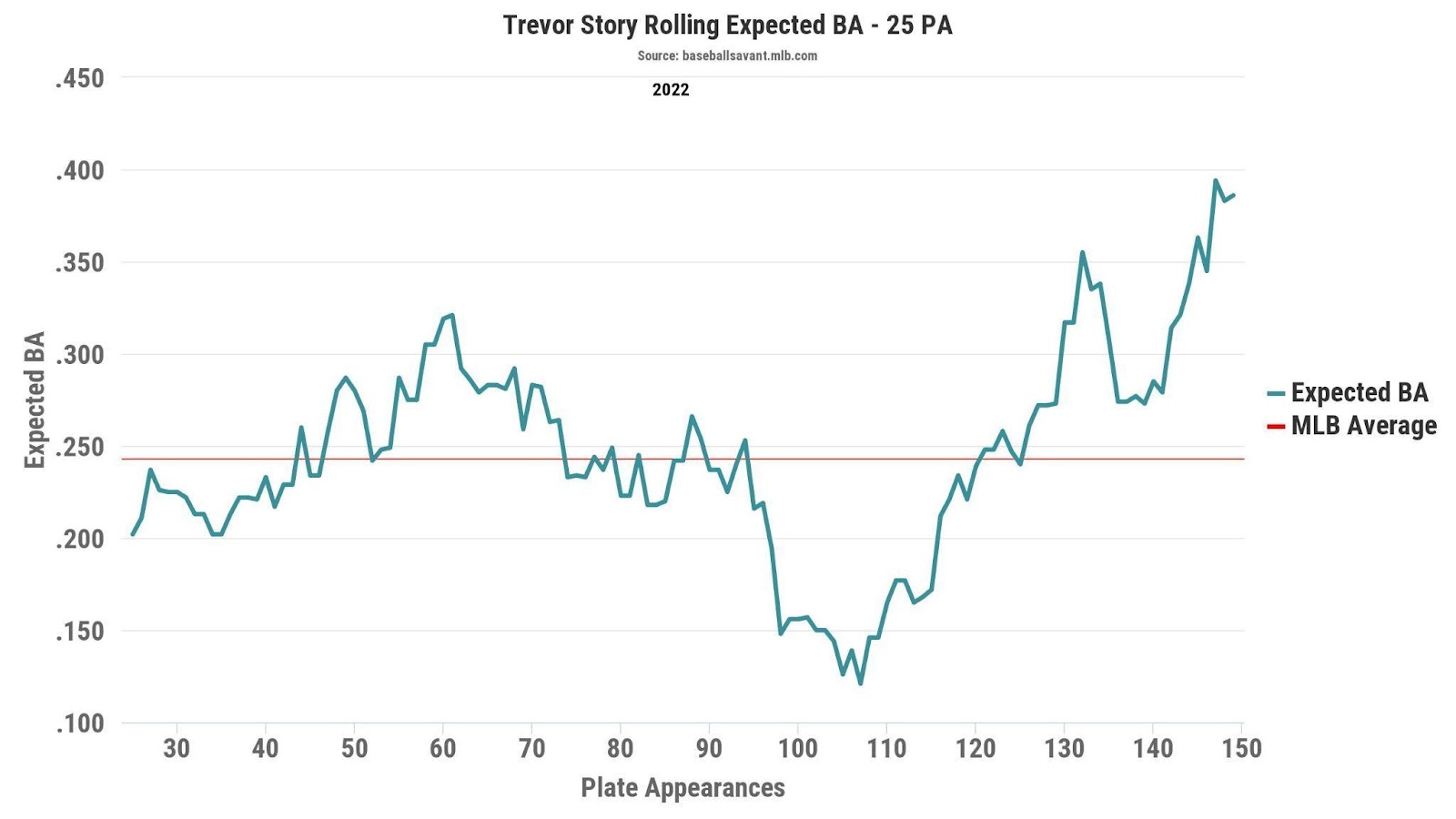 Barrera is likely available in your league, and with the way he’s seeing the ball now, he’s worth picking up. He’s hitting .474 over the last week with a .500 OBP, and for the 2022 season as a whole, he’s sporting a .370 average with one home run and one stolen base. He won’t contend for the top of any exit velocity leaderboards, but he makes a lot of contact, doesn’t miss too often (11.8 Whiff%) and has enough speed to help him out. This hot streak won’t last forever, but he can help your fantasy team right now, and throughout his lengthy time in the minors, he’s shown that he can help in the speed department.

Gallo is going to have these hot and cold streaks, but right now, he’s mired in the latter, having recorded just one hit in his last 18 at-bats with nine strikeouts. When you delve into the numbers further, during this horrid seven game stretch, despite not leaving the zone all that much, he’s making contact just 57.9 percent of the time in total, and just 58.5 percent on pitches in the zone. Also, his swinging strike rate of 20.3 percent is even worse than his 18.2 percent mark for the season. He’ll break out of it and put up some homers in bunches, but this is a rough stretch he’s stuck in.

A couple of weeks ago, Eric Hosmer was scattered all over the top players in various offensive categories. Well, a 2-for-25 stretch over the last week won’t do anyone any favors. He’s not striking out a ton, which is encouraging, and he’s really just been done in by a .100 BABIP, diminished average exit velocity and a lack of barreled baseballs.

Realmuto is hitting just .105 over the last seven days, but more troubling is that he has the fifth-lowest average exit velocity in that span with a immense 28.1 degree launch angle. Prior to this rough stretch, his average exit velocity was nearly eight miles per hour higher. Realmuto is one of the best in the fantasy business at what he does, so he’ll turn it around. We’ll just chalk this one up to a rough patch.