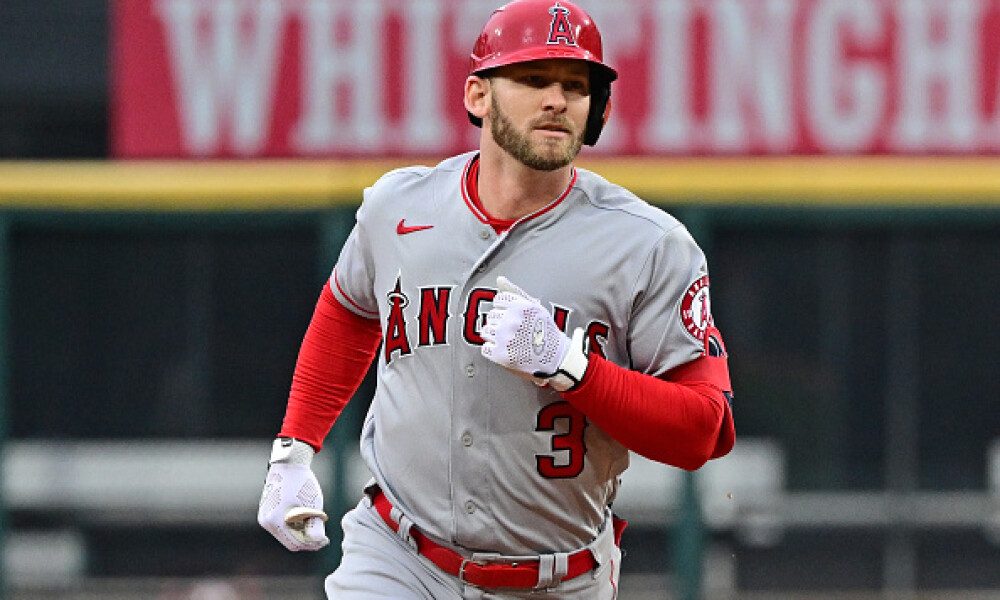 Every Saturday from now until the end of the Major League Baseball season, we are going to dive into some notable current hit streaks and trends of some of the hottest commodities in fantasy baseball. Sure, some of the names on this list are the game’s best, and for good reasons, but there are other players that are likely available in your fantasy baseball league. For example, what if I told you there’s another outfielder in Los Angeles that is performing like Mike Trout at the moment? What if I told you that a San Diego shortstop not named Fernando Tatis Jr. should be in your starting lineup? While some of the players below are widely owned, there could be a couple of diamonds in the rough here that could turn into some of the best fantasy baseball pickups for the days, weeks, or months ahead.

Taylor Ward, LAA - Mike Trout who? Ward is the alpha in that outfield! Okay, that’s a bit of an exaggeration, but Ward has been phenomenal of late. Over the last week, he’s hitting .458 with a 1.692 OPS, and he’s the only player with 10+ RBI and runs scored in that stretch. In fact, he has the most RBI and runs scored over the last week, and seven of his 11 hits have gone for extra base hits. He’s crushing everything in sight at the moment, and he’s particularly enjoyed playing at home this year, hitting .435 with a .957 slugging percentage across 23 at-bats.

Ha-Seong Kim, SD - If he’s not owned in your league, it’s time for that to change. He’s hitting .304 over the last week with three home runs and eight RBI, one of just five players to have at least both of those marks over the past week. Kim has struggled against lefties this year (.683 OPS) and at home (.573 OPS) but he’s been excellent against righties (1.077 OPS) and on the road (1.337 OPS). His batted ball metrics, namely his seventh percentile average exit velocity and 12th percentile hard hit rate leave a lot to be desired, but his barrel rate is up, and he’s whiffing less, which is always positive.

Garrett Cooper, MIA - Cooper is another name to watch moving forward. He’s hitting .438 with a 1.125 OPS over his last five games, doubling three times in the process and bringing home four runners. While his barrel rate is up overall, his average exit velocity and hard-hit numbers are down, he’s still hit safely in four of his last five contests. As things stabilize, all of these recent doubles should lead to home runs, especially once Miami gets out on the road.

Franmil Reyes, CLE - Yikes. This is bad. Reyes is 0-for-23 over his last six games with 15 strikeouts. He has a 61.4 percent whiff rate on breaking pitches this season and during this putrid run, he has a 20.2 percent swinging strike rate. His contact rates both in and out of the zone have plummeted, and he is susceptible to these unfortunate streaks. He’ll always remain a high strikeout guy, but like all things, it will come to an end.

Ketel Marte, ARI - Unlike Reyes above, Marte is putting the bat on the ball, but it’s resulted in a .042 average (1-for-24) over the past week. He’s not barreling up the baseball and his strikeout rate overall is way up. He’s seeing fewer fastballs than ever before, and more breaking stuff, resulting in just a .188 batting average (.198 xBA) against the curves and sliders of the world. When he does make contact against non-fastballs, it’s largely underwhelming, especially breaking stuff, as he has an average exit velocity of 82.8 mph against those pitches. His BABIP right now sits at .190 and he’s a career .315 guy and his xBA being nearly 70 points higher than his actual average indicates some positive regression is in store, but last year’s .318 batting average seems like a distant memory at this juncture.

Nelson Cruz, WSH - Cruz is hitting just .045 over the last week, .135 over the past two weeks and .150 for the 2022 regular season as a whole. Most of his batted ball metrics are in line with year’s past, or at least within striking distance, but the big difference is that his ground ball rate currently sits at 51.6 percent, and his current fly ball rate of 17.2 percent would both be career worsts. He is swinging and missing a bit more than usual to begin the 2022 season, which is something of note. Cruz has been a relatively quick starter in years past, but that just hasn’t been the case in 2022. The veteran slugger’s track record indicates he’ll turn it around soon, but fantasy baseball managers are likely growing impatient with Cruz.