MLB Streaks & Trends: Nathaniel Lowe is Scorching at the Plate 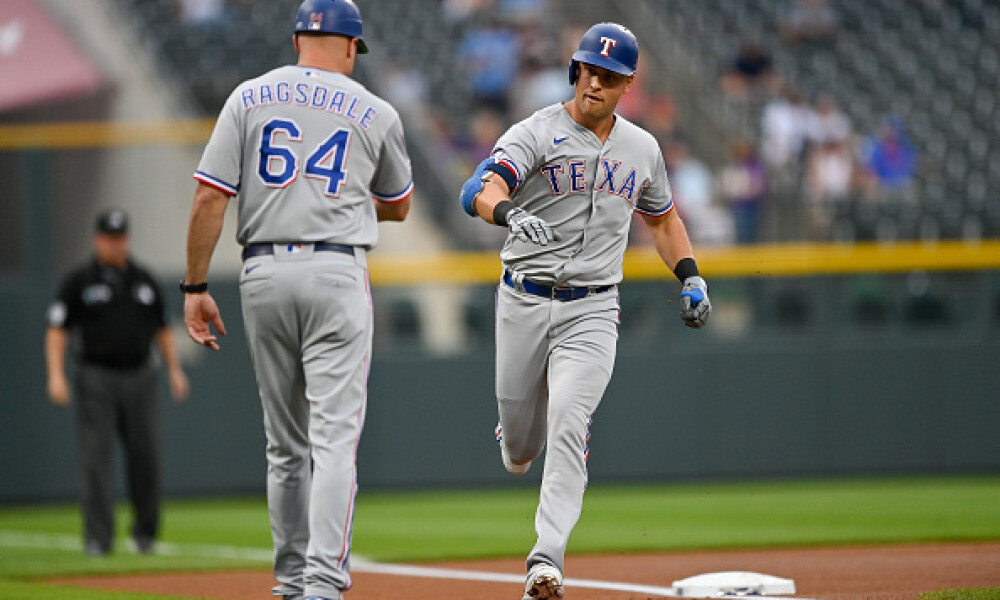 It’s Saturday, so it’s time to grab your coffee, tea, or whatever your morning/early afternoon beverage of choice is and dive into some notable streaks and trends across Major League Baseball.  I don’t know how else to say it, but if you have been using Nathaniel Lowe in your MLB DFS lineups lately, you have likely seen some pretty good point totals for your team. He is absolutely white hot of late, en route to surpassing his previous career high in home runs in a single season. Donovan Solano and Lars Nootbaar are intriguing fantasy baseball waiver wire pickups at the moment, while top prospect Brett Baty has been underwhelming since his promotion to the big leagues. However, if you look at his expected statistics, you’ll see some encouraging numbers for future growth. As we are about to embark on the upcoming week, be sure to check out our fantasy baseball waiver wire article and stock watch videos for even more content to help boost your fantasy baseball teams. Let’s take a look at some of the notable hit streaks and current trends across Major League Baseball.

You are going to be hard-pressed to find a hotter hitter than Texas’ Nathaniel Lowe at the moment. He’s hitting .419 with an .871 slugging percentage over his last seven games, and if we look at the month of August as a whole, he’s slashing .387/.447/.645 with six home runs, 18 RBI, and 14 runs scored across 93 at-bats. He’s hit safely in 14 of his last 16 games, he’s homered in three straight, and in four of his last five contests. Lowe is up to a .298 batting average and 21 home runs on the season, both of which would be career bests.

Outside of his batting average, he may not do much for your fantasy baseball team, but his batting average certainly plays in all formats. He’s hitting .335 on the season, but over his last seven games, he’s hitting .452. Now, he has just five RBI and four runs scored in that span, but that batting average is simply too good to ignore. His batted ball profile has remained in line with past seasons, but he just so happens to be on a positive streak. Solano has hit safely in 10 of his last 11 games, and he has seven multi-hit efforts during that span. Again, he won’t give you much other production, but use his batting average to offset someone else on your team that is stacking other categories.

Nootbaar is hitting .308 with a .400 OBP over his last seven games and he’s hitting .312 with a .571 SLG in the month of August. He’s hit safely in seven of his last 10 contests with four multi-hit efforts in that span. He’s seeing the ball well, but you only want to use him against righties, seeing as he’s hitting just .190 with a .542 OPS against southpaws, compared to a .269 average and .910 OPS versus righties. Despite his struggles against lefties, he’s enjoyed a sizable jump in his barrel rate and average exit velocity this year compared to last, which bodes well for the 24-year-old’s development at the big league level.

Baty possesses big time power, but we’ve yet to see it on a consistent basis. He’s hitting just .190 against fastballs and .200 against breaking pitches, but if you are a silver linings type person, his expected batting average against these types of pitches is .290 and .237 respectively. He’s hitting more ground balls than one would like, especially against fastballs, but he’s a top prospect for a reason, and he’ll be just fine once things settle. Despite a cold stretch to begin his career, the expected numbers look better, and tell a slightly better story. 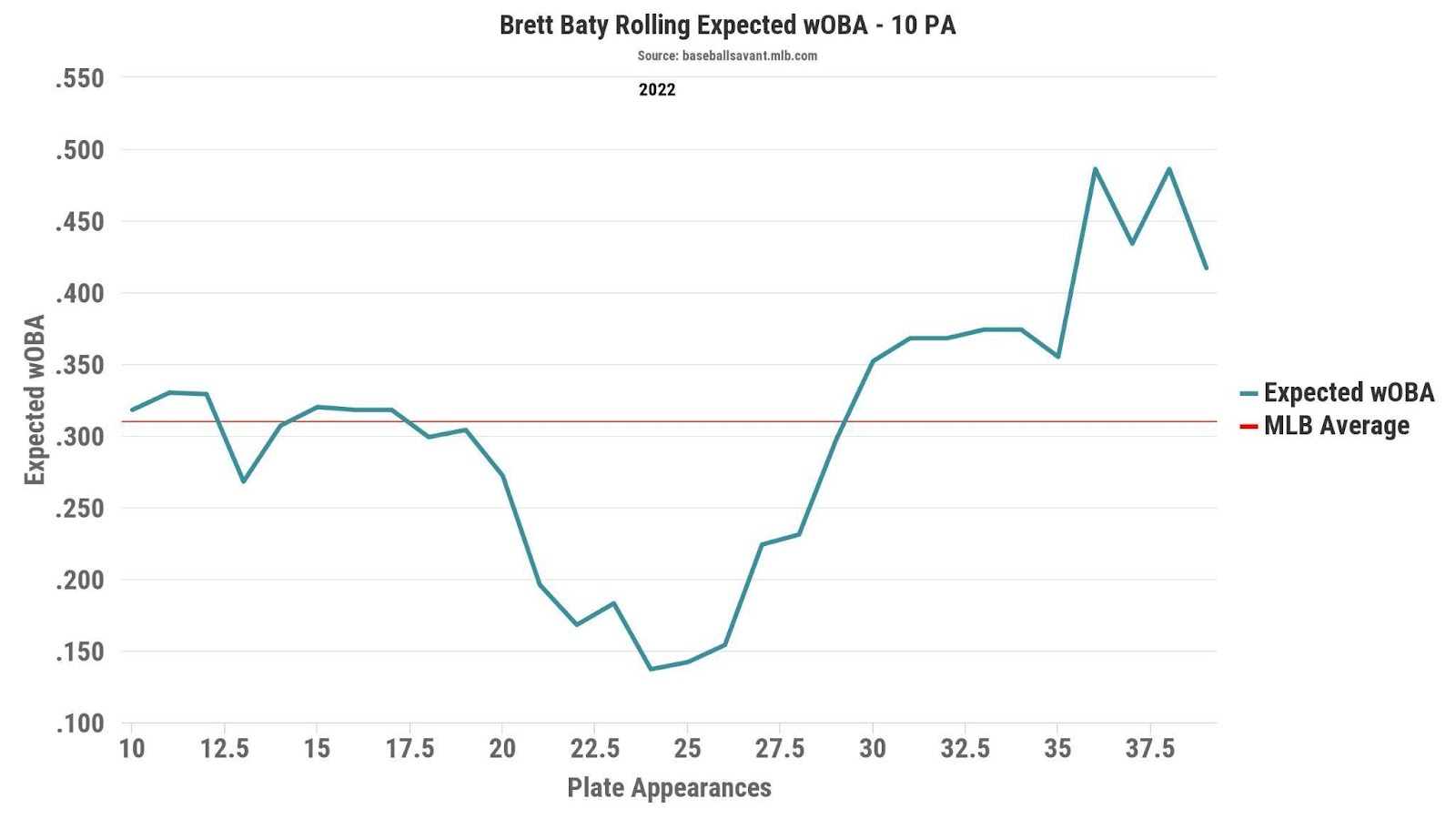 At first glance, things might not be too bad for Hoerner, as he’s hitting .267 in the month of August. However, he’s hit safely in just three of his last 11 games, hitting just .111 in that span. Hoerner puts the bat on the ball and doesn’t strikeout much, but with an underwhelming batted ball profile, if things don’t break his way, he could be in some trouble. I know he’s never going to be one of the more elite guys in terms of average exit velocity, but a drop in his exit velocity of late when he doesn’t have much room to give is an issue. 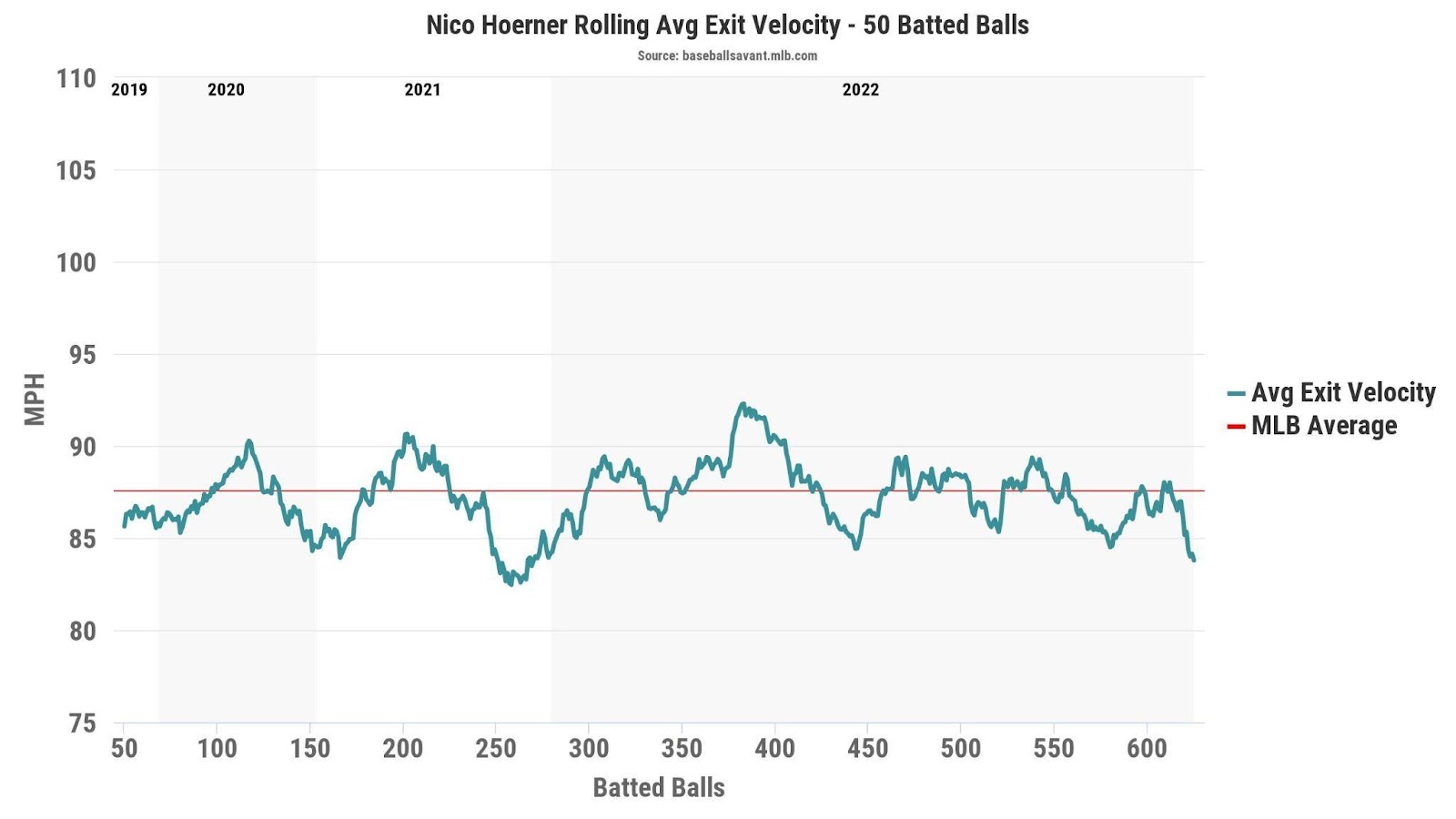 It’s been a rough go for Hernandez of late, as he’s hitting just .160 with 14 strikeouts over his last 25 at-bats. In fact, for the month of August, while he does have a .717 OPS, he’s hitting just .225 with a strikeout rate that is closer to 40 percent than 30 percent. He’s still making a lot of hard contact, but the strikeouts have been too much to overcome of late, as his expected statistics have tanked of late. 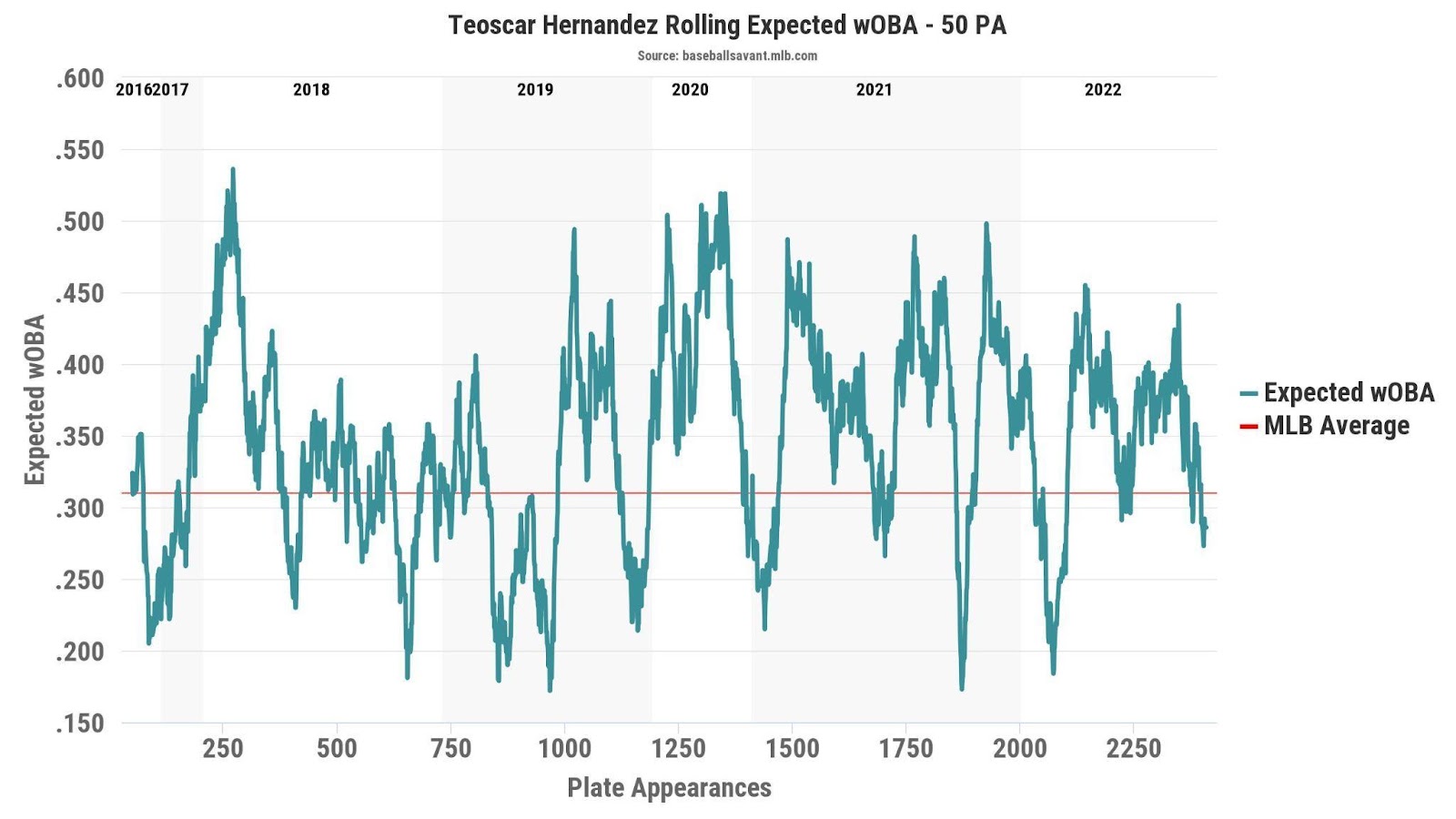