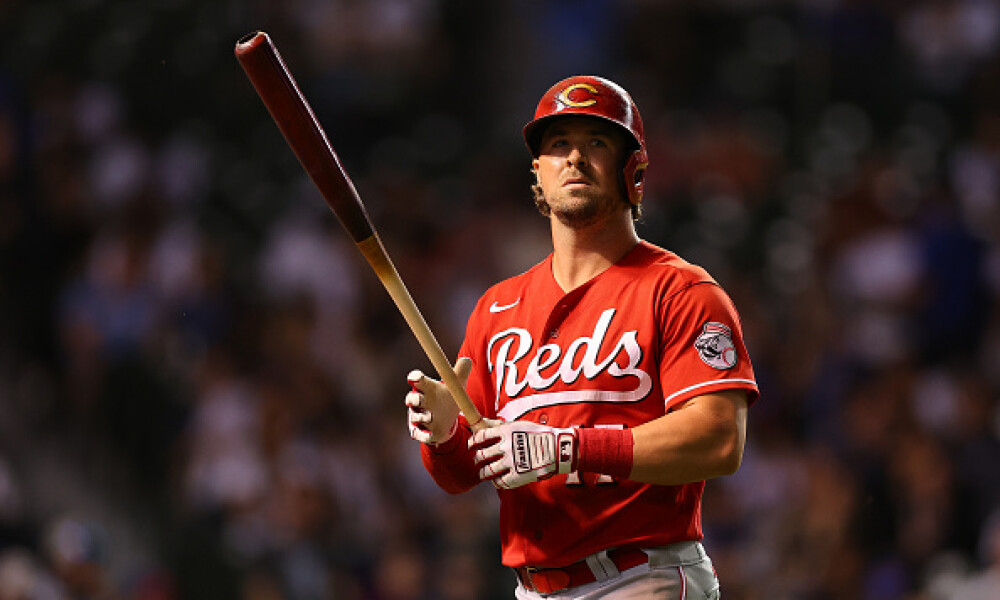 The 2022 MLB season is in full swing and we have another shortstop installment of the fantasy baseball player spotlight series on Fantasy Alarm. For this week, I'll focus on the incredible and unbelievable last few weeks for Kyle Farmer. The Cincinnati Reds shortstop/third baseman has risen quickly up the fantasy baseball rankings with his stock trending up. What are the prospects of his hot streak continuing? Is he worth picking up on the fantasy baseball waiver wire? Farmer’s power has returned in a big way and is helping fantasy baseball lineups in both points leagues and rotisserie formats. With about a third of the MLB season already in the rearview mirror, is Farmer a player we should be buying or selling high on in trades as a fantasy baseball sleeper? He's likely still available on your waiver wire in shallower leagues and could be a nice replacement for players on the latest MLB injury report. Let's take a closer look at the Cincinnati Reds shortstop and what he can provide for your fantasy baseball lineups moving forward.

Not much is going right for the Cincinnati Reds this year. Only the Kansas City Royals have fewer wins than the Reds, and they are already 13.5 games out of first after two months. But that was to be expected after the fire sale that took place in the offseason.

Here have been some highlights such as Joey Votto turning his season around in May, Tyler Stephenson emerging as an elite fantasy catcher, and also a journeyman shortstop in Kyle Farmer who is simply mashing the ball the last few weeks.

But he is not just making his name among other fantasy shortstops, but also among the most valuable fantasy assets in our game. Over the last two weeks, here are the 10 batters with the highest OPS.

That incredible slugging percentage and OPS are driven by the two doubles and four home runs over the past 15 days. Add in a stolen base and 11 RBI and only Francisco Lindor, Dansby Swanson, and Trea Turner have been more valuable rotisserie assets at the position over that time.

While many may look at Farmer and dismiss him as a 31-year-old journeyman just taking advantage of playing time on a bad team, he has actually been making large strides in his batted ball profile over the last four years that have led to this surge.

For essentially four straight years, Farmer has evolved into an upper-tier hitter with this batted ball profile. He is improving in all the areas you want (contact rates and strike rates), which is allowing him to start barreling the ball. His 38% hard-hit rate this year is the second-highest of his career.

Is the tremendous success over the past few weeks partially due to some luck? Yes. He has a .435 batting average on balls in play while only walking 5% of the time in that span. But you don’t need Farmer to have a 1.346 OPS for him to pay off what you paid to get him – which is essentially nothing. He was the 51st shortstop taken in drafts (roughly pick 471, or basically undrafted). Chances are you got him off waivers for next to nothing and he is paying huge dividends.

Farmer is still available in 63% of Yahoo leagues as of Friday morning. If you are desperate for MI or have recently lost Tim Anderson to the IL, Farmer looks like an excellent stopgap with plenty of playing time.