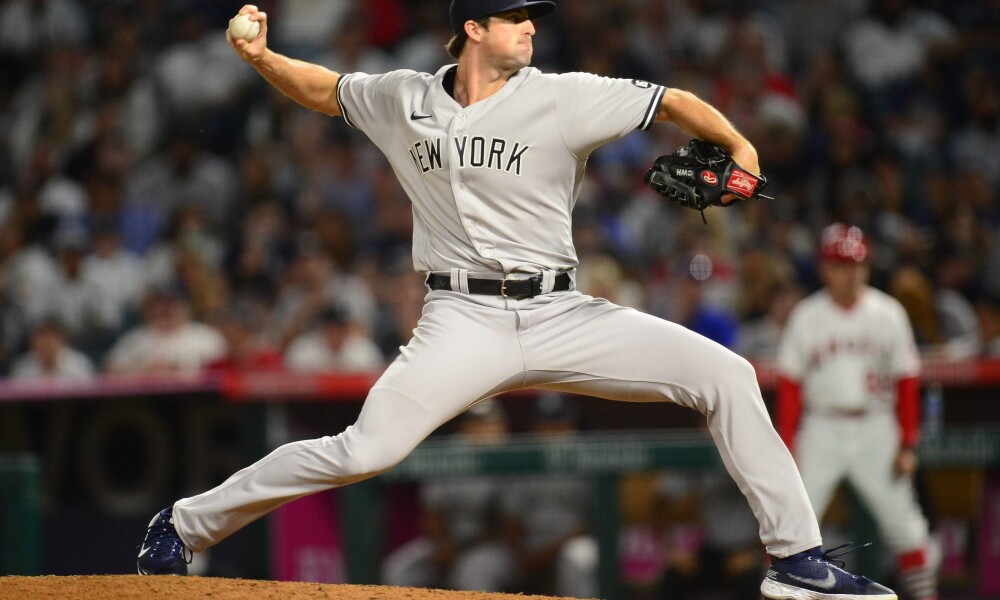 Two fantasy baseball closers who pitch for AL East teams have recently been placed on the IL. One of those teams has a reliever that we’ll talk about who’ll likely get the majority of save opportunities while their regular closer is unavailable. Unfortunately, the situation may not be as clear cut when it comes to the other team. We’ll explain it all and point out some under the radar relievers who can sometimes provide better fantasy production than some ordinary starting pitchers. Don’t forget to utilize our Closer Grid throughout the week. It’s a great resource for identifying bullpen closers, handcuffs, and sleepers.

(The statistics quoted in this article are accurate as of the morning of 5.24.2022)

Hendriks converted all three of his save opportunities last week, striking out four batters and walking none in three scoreless innings pitched.

The move to San Diego is certainly agreeing with Rogers who has converted 16 of his 17 save opportunities this season. He struck out six batters in 4.1 scoreless innings pitched last week.

The Dodgers’ MLB best +97 run differential may have somewhat limited Kimbrel’s save opportunities thus far, but he has converted all nine of his opportunities on the season. He struck out six batters in just 2.1 IP last week.

The Dodgers have primarily used Vesia in the seventh and eighth innings this season. He has a 2.25 ERA and 12 K/9. Vesia has one career big league save and he’s recorded several others in his minor league career. If Kimbrel or Daniel Hudson were unavailable, he’d probably be next in line to close out games for the Dodgers.

Kelly spent much of the early part of the season on the IL and while his overall ERA is a bloated 10.80 (caused by 2 appearances against the Yankees, 1 IP, 6 ER) he pitched three scoreless innings last week. Kelly has five career saves on his resume.

Minter made three appearances last week, pitching three scoreless innings and he struck out five batters. Minter has regularly worked the seventh and eighth innings for the Braves. While Will Smith is considered Kenley Jansen’s handcuff, Minter saved 20 games for the Braves between the 2018 and 2019 seasons and could also get an occasional opportunity to close out games. He hasn’t given up a run in 12 straight appearances and has eight holds on the season.

The Yankees have had one of the best bullpens in baseball this season and up until this week it was one of the deepest bullpens in baseball as well. However, they lost two very important relievers this week. Chad Green is set to undergo Tommy John surgery next week and will obviously miss the rest of the season. Aroldis Chapman was placed on the IL retroactive to Sunday due to Achilles tendinitis. Chapman has been streaky this season. He opened the season with 12 straight scoreless appearances, but he’s given up at least one earned run in his last five games. In comparison to last season, he’s also lost just under a mile and a half per hour of average velocity off of his fastball. Look for Clay Holmes to get the majority of save opportunities while Chapman is on the IL. He has a 0.42 ERA (he hasn’t given up a run in 19 straight appearances) and has already saved four games for the Bronx Bombers this season. The Yanks have some other live arms in their bullpen as well. Jonathan Loáisiga hasn’t been as sharp as he was last season when he saved five games, but his fastball still hits the upper 90 mph mark on the radar gun. Wandy Peralta saved five games combined for the Giants and Yanks last season and has a sparkling 1.93 ERA this season. Michael King has been unhittable at times and has made several multi-inning relief appearances. He has six holds on the season.

The Rays are known for often using a matchup-based strategy when deciding about which one of their relief pitchers will be called upon to try to close out a potential victory. Andrew Kittredge leads the team in saves this season with five, but unfortunately, he was placed on the IL due to a back injury. Brooks Raley has the second most saves on the team with three, and while he’s likely to get additional save opportunities with Kittredge on the shelf he’s not going to be the only Rays reliever closing out games moving forward. Ryan Thompson and Jason Adam have also closed out games for the Rays this season, and J.P. Feyereisen saved three games for the Rays last season.

As this article is being written Josh Hader is on the family medical emergency list. He’s taking some time away from the game to be with his wife as she has had complications with her pregnancy. Devin Williams is a very capable handcuff and picked up a save for the Brewers on Tuesday evening.  Hader is eligible to be away from the team for up to seven days.

With starting pitchers averaging just five innings per start so far this season, in some instances you might get similar, or even better production by using a top middle relief pitcher instead of a mediocre starting pitcher in a given week. The following are examples of middle relievers who often make multi-inning relief appearances and might have deep league fantasy value based on their recent performance.

Hughes made three relief appearances last week. He pitched four innings, struck out eight batters and walked just one. Hughes is a former two-way player who played the outfield. He has a career 1.96 ERA and 12.2 K/9 in four minor league seasons.

Payamps has made several multiple inning relief appearances this season and has 17 strikeouts in 20.2 IP to go along with an overall 1.31 ERA. Payamps made three appearances last week and pitched 7.2 scoreless innings. He struck out six batters and walked two.