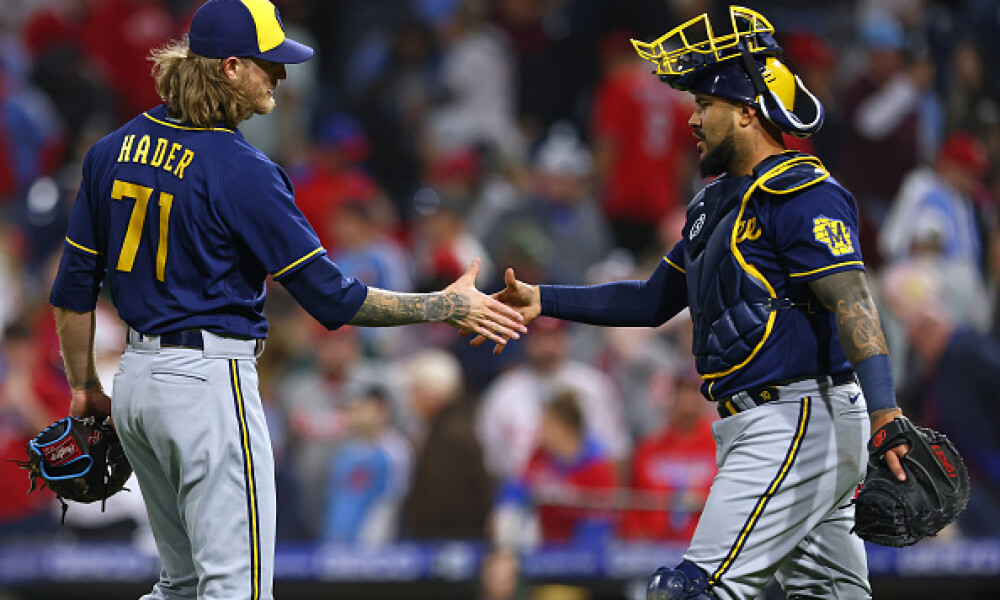 While the fantasy baseball closer landscape seems to have stabilized a bit for some teams, one team in the AL West appears to have replaced their slumping closer and we saw two relievers (who we’ll mention later in the article) pick up their first saves of the season. There’s a bullpen in the AL East that deserves our attention as well. As always we’ve got you covered and our Closer Grid continues to be updated as news breaks.

(The statistics quoted in this article are accurate as of the morning of 5.17.2022)

Hader hasn’t given up a run in his 14 appearances this season and is clearly the most dependable closer in baseball at this time.

Wick has been effective as the Cubs’ primary closer since David Robertson was placed on the COVID IL on May 9th.  Mychal Givens has continued to predominantly work the 7th and 8th innings and will likely be used to close out games if Wick is unavailable. As this article is being written there’s been no updates on Robertson’s status. Once Robertson is ready to return to action he’ll probably need to log some rehab innings making Wick a continued resource for potential saves for the short term.

Barlow had another solid week, pitching four scoreless innings and recording another three saves (he saved three games last week as well). He’s saved seven games since April 30th and hasn’t given up a run in his last 10 appearances.

Bednar and Chris Stratton began the season as co-closers but Bednar has been the busier of the two as of late. He’s saved five games in May, striking out 11 batters in 8.1 IP. Stratton will likely continue to be given the chance to close out some games for the Pirates, but with a 7.04 ERA and two blown saves in his last eight appearances, Bednar will probably get the bulk of the teams’ save opportunities for the near future.

Six additional pitchers had two saves last week including Orioles reliever Felix Bautista, who took over as the team’s closer while Jorge López was on the bereavement list last week. It appears that he’s at least temporarily leapfrogged ahead of Dillon Tate as Lopez’s primary backup.

King pitched 4.1 innings across four appearances last week, striking out four batters and walking just one. He has predominantly worked the seventh and eighth innings and has four holds and a 2.81 ERA on the season

Despite Gregory Soto and Michael Fulmer being firmly entrenched as the one-two combination at the top of the Tigers’ bullpen and young relievers like Will Vest and Alex Lange making their presence known, Chafin has continued to be a good resource for holds. He made four appearances last week, pitching three innings and striking out four batters and walking none. The Tigers have a lot of good young arms in their bullpen, but Chafin's experience in closing out games gives him extra added value.

It appears that Dany Jiménez, who filled in for Lou Trivino while he was on the COVID-IL, will continue to close out games for the A’s, at least for the short term. Trivino was reinstated on May 3rd, but Jimenez continued to be used in save situations last week, (he picked up two), even though Trivino was rested and available to pitch. Keep an eye on A.J. Puk as well. He hasn’t given up a run in his last 10 appearances and has been working the seventh and eighth innings as of late. The A’s may decide to eventually ease Trivino back into the closer’s role in order to boost his trade value, but for now, Jimenez seems to be the reliever that the A’s trust most in the ninth inning.

Jordan Romano has been one of the most reliable closers in baseball this season but as this article is being written he’s dealing with a mysterious non-COVID-related illness and has been unavailable to pitch since Monday. He was seen receiving fluids through an IV and is considered day-to-day. Romano’s illness couldn’t have come at a worse time since Tim Mayza was placed on the 10-day IL with left elbow inflammation. With Romano unavailable, Adam Cimber pitched a perfect ninth inning and saved the Blue Jays’ Wednesday night victory against the Mariners. Depending on how much time Romano misses Yimi García or even David Phelps could be used to close out games for the Jays. Both pitchers have saves on their resumes.

With starting pitchers averaging just 4.8 innings per start so far this season, in some instances you might get similar, or even better production by using a top middle relief pitcher instead of a mediocre starting pitcher in a given week. The following are examples of middle relievers who often make multi-inning relief appearances and might have deep league fantasy value based on their recent performance.

Akin made two appearances last week pitching a total of 6.1 scoreless innings. He picked up a win, struck out seven batters, and walked three. He has one hold, a 1.46 ERA, and a 0.770 WHIP on the season.

The previously mentioned Vest made three appearances last week pitching 2.2 scoreless innings, but he struck out seven batters, didn’t issue a walk and also picked up his first save of the season. Vest has made five multi-inning appearances this season and has an overall 1.17 ERA and 0.457 WHIP. He also has 17 minor league career saves.

Crismatt made three appearances last week, pitching 5.1 scoreless innings. He picked up a win, struck out six and didn’t walk a batter. Crismatt has won two games this season, held another and has an overall 1.42 ERA and a 0.895 WHIP. He also has 11 career minor league saves.