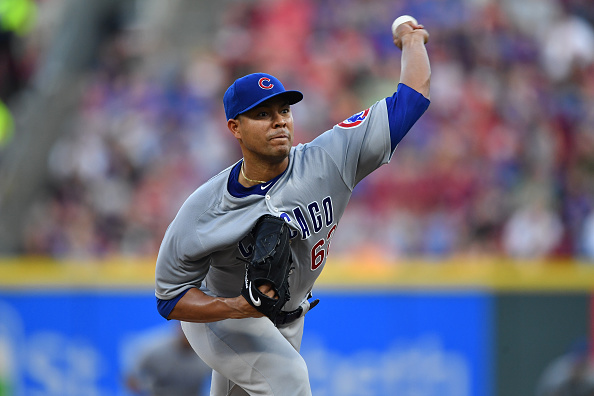 Another week, and another limited selection of two-start pitching options for fantasy owners to consider and employ. When MLB decided to open the season in March, additional off-days were built into the schedule, resulting in more five-game weeks and thus less opportunities for starting pitchers to garner a pair of appearances in a scheduled week for fantasy purposes. This week’s slate gives us just 10 starting pitchers in both of the top tiers, and only 11 pitchers that are best avoided, even given their two slated trips to toe the rubber, in Week Eleven.

Please realize that these articles feature most recent rotation information available when the article is written, but that circumstances do change due to weather conditions, injuries and general craziness with managers. If a pitcher listed here as having two starts ends up with one (or perhaps none) in the upcoming week, apologies but this article is meant to provide analysis; it is up to the manager to set the lineups or rotations.

As noted above, there are merely ten starters that reside in the upper tier this week, comprising a restricted set of no-doubt options for the second full week in June. The final two members of the upper tier both have a pair of road starts, but that is actually good news, especially for Quintana who has been substantially better away from Wrigley this season. Roark has been effective both at home and away, so wind him up and plug him in this coming scoring period.

Buchholz has proven to be an excellent addition to the Diamondback rotation, allowing only five earned runs in his four starts since mid-May, and racking up an impressive 21:3 K/BB ratio over those 24 innings. Before moving him into the top tier, however, note that a .231 BABIP and 88.2% strand rate are likely not sustainable and there is undoubtedly some negative regression in his future. He does have a pair of favorable home starts this coming week, so perhaps the great performance on the hill will continue through Week Eleven.

Heaney has been consistent over the past month, with only one blemish occurring during a late-May start against the Tigers at Comerica Park. He has been a good source of Ks (8.60 K/9 over 60.2 innings) and has been stingy with the long ball, posting an attractive 0.6 HR/9 rate through his 10 starts. He does have a pair of road starts coming up, and that is a limitation on his utility in a two-start week.

McCullers has now tossed a pair of quality starts (QS) after getting banged around in Cleveland on May 26th, when the Indians tagged him for seven earned runs in just 4.1 innings pitched (IP). He has not been racking up the Ks over his past few starts, which is concerning, although he is still posting an excellent 9.08 K/9 rate over his 13 starts on the season, comprising 75.1 innings. He is on the road for both his starts in Week Eleven, and that limits his usefulness a bit.

Leake and the pitcher profiled directly below, Wade LeBlanc , are pitching for a hot Seattle squad, and therefore have a great deal of current utility. Leake has exceptional control (1.90 BB/9 over his 13 starts) which helps to offset his awful K rate (5.58 K/9 through 80.2 IP). He is working on a four-game QS streak, where he has allowed just one or two earned runs in each appearance. He also has two home starts in Week Eleven, although the second is against the intimidating Red Sox lineup.

LeBlanc, as with his teammate Leake, is a weak strikeout option (6.98 K/9), but exhibits great control, as evidenced by a stingy 2.20 BB/9 through 49.0 IP. He does offer better ratio stats than Leake, with a 2.94 ERA and 1.22 WHIP over the course of 12 appearances (seven starts, as he was used out of the bullpen to open the season). Caution is advised in connection with his second start against visiting Boston, naturally. 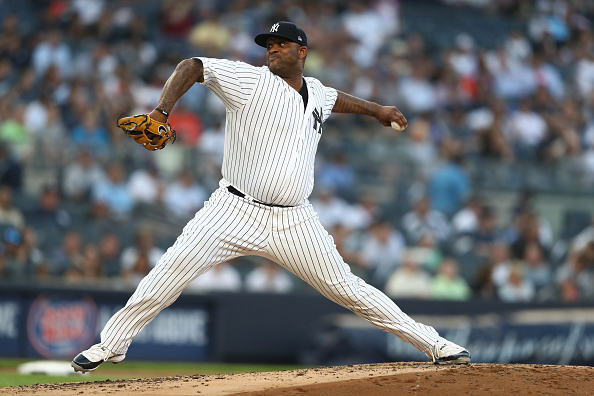 You are forgiven if you feel as though Sabathia has been around forever (he is 37 years old) but if he keeps pitching as he has through his first 11 starts this season, there is no reason to think he should hang up the cleats: 3.59 ERA, 1.18 WHIP and 2.32 BB/9 through 57.2 IP. Granted, he does not provide much in the way of strikeout production anymore, but nearly seven strikeouts per nine innings (6.87 K/9 rate in 2018) is still useful in a SP4 slot. His home/road ERA splits are over a run better at Yankee Stadium (3.07 vs 4.13), so with two home starts in Week 11, this is a fine time to send him out for both his trips to the hill.

Carrasco picked up a seven-inning victory in his last game, a nice turn around after his final May and first June starts where the Astros and then the host Twins roughed him up, compiling five and six runs respectively. Prior to that, however, the Cleveland righty had been pitching effectively, during a three-game road stretch of contests. He is striking out a batter per inning this season (his K/9 ratio is exactly 9.0 through his 13 starts and 83.0 innings) and his control has been good, too (2.17 BB/9), plus with a FIP at 3.72 (opposed to a 4.23 ERA), a BABIP of .310 and a 68.2% strand rate, it does not seem likely that he is due for any significant negative regression. Facing the White Sox on the road or the Twins at home should not put you off using him in your rotation this coming week.

Bundy pitches for one of baseball’s worst teams this season, but still has managed to collect four victories. He has tossed four QS out of his last five starts and is racking up the strikeouts at an elite rate of 10.47 K/9 over his 75.2 IP in 2018 to date. He has been tougher to trust at home, and Week 11 finds him on the bump twice at Camden Yards, with the first start against the formidable Red Sox. His second start against the visiting Marlins looks to be a better option to plug him into your lineup.

Before his most recent start at Fenway, Hardy had been pitching commendably as a member of the Tiger rotation, holding opponents to two or less earned runs over the course of four starts. He relies on his control and ability to limit the long ball (2.25 BB/9, 0.8 HR/9 over his 32.0 IP in nine total appearances) to be effective on the mound, as he is a poor source of whiffs (6.19 K/9). He gets Minnesota at home in his first start in Week Eleven, where he has been more effective, but taking on the White Sox on the road is not an overly daunting task.

Gaviglio has settled in as the fifth starter in Toronto, and he does offer a superb set of ratio stats for fantasy purposes: 2.51 ERA and 0.98 WHIP through 28.2 IP so far this season. He is a decent strikeout source too with an appealing 8.16 K/9 rate, and he generates a healthy dose of groundballs (1.79 GB/FB ratio) with good control (2.20 BB/9 over his limited six appearance for the Blue Jays). Ergo, he profiles as a fine back of the rotation option going forward. The sample size is too small to worry about home/road splits, but the road game at Tampa profiles as a better outing to rely on the 28-year old right-hander in his two-start week.

There are just 11 pitchers that are suggested not be used this coming week. Of these, Gray and Anderson would potentially have adorned the bottom of the middle tier, but Gray has a couple of tough road venues in which to ply his trade this week, and Anderson, while at home, has been roughed up at Miller Park to the tune of a 6.23 ERA over his six starts, with 11 homers allowed in those 30.1 IP. Nothing here to recommend them. The balance of these pitchers is not worth consideration, unless you do not value your pitching stats.