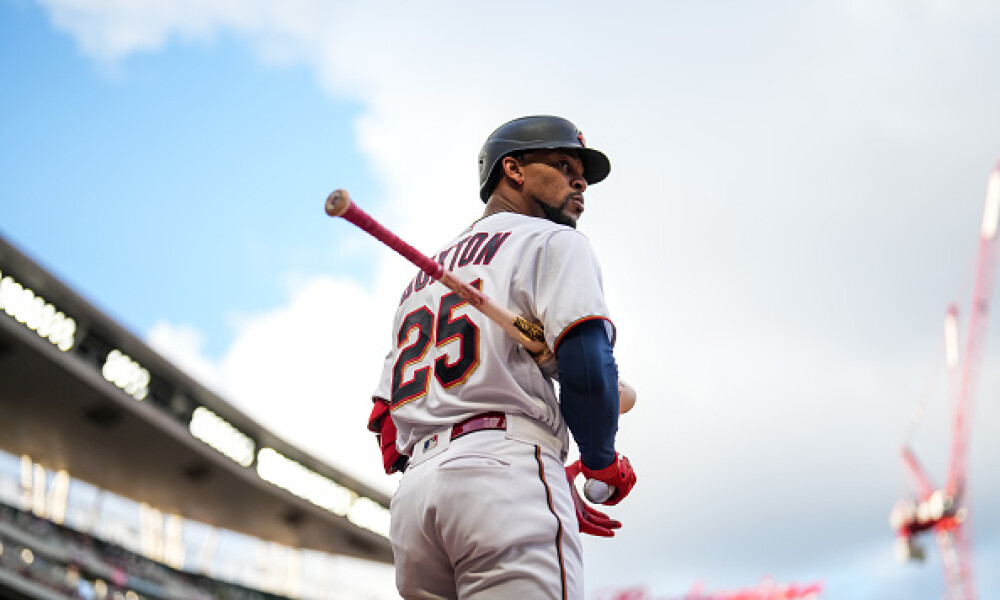 We are down to the last ten days in the fantasy baseball season, and the grind is almost over. It has been a long season, think just six months ago we were watching over a labor dispute, and now we are a week and a half away from championships! However, MLB injuries don’t stop just because the year is almost done. In fact, they become more damaging because teams that aren’t in contention just shut their players down. We have some of that, but we also have some guys who are trying to work their way back as well. If you need that final push due to someone getting hurt, don’t forget the waiver article by Ray Kuhn here and the two-start/streaming pitcher article by Ivar Anderson that can help you here. Good luck down the stretch and let’s take a look at the latest fantasy baseball injury report

Byron Buxton – Another rocky and injury plagued season is over for Buxton as he is having season-ending surgery on knee surgery on Tuesday. The Twins have said that the injury isn’t significant, but there isn’t enough time left in the season and Minnesota is not in playoff contention. He played 92 games this season and has played 100 games just once in his eight years.

Julio Rodríguez – The back injury Rodriguez suffered is significant enough to have the young phenom on the injured list. It doesn’t seem like it is anything overly serious, but Seattle doesn’t want to push their stud even though they are fighting for their playoff lives. He will be eligible to return for the last four games of the season, so if you can stash him for those final games you should.

Ronald Acuña Jr. – He was held out of the lineup but entered the game as a pinch hitter in the eighth and hit a game-winning single in the 11th. There’s a chance that he might be in and out of the lineup a little in the last week and a half of the year, and you should watch the Braves official lineup each day to see if he is in or out.

Dane Dunning – Not that he is a great pitcher, but Dunning has been serviceable throughout the season and has been a good streaming option at times. However, his season is over as he is going to undergo hip surgery this week. There is no timetable for his return, but they are expecting him to be ready to go in 2023.

Shane Baz – We tracked his recovery in the beginning of this year, and he pitched okay when he was back, but the news for Baz just got a lot worse. He is set to undergo Tommy John Surgery and is expected to miss all of 2023. Those of you in dynasty leagues are going to have a tough choice to make as he will miss almost all of two years and wasn’t that great when he pitched. Can you wait until 2024?

Luis Robert – A injury-riddled season is likely over for the White Sox outfielder as he was placed on the 10-day injured list on Saturday. It is being called a left wrist sprain, and while he will be eligible to come off the injured list before the end of the regular season, I see no way that the White Sox put him back on the field. I would cut him loose as long as you aren’t in a keeper league and grab someone else for the tail end of the year.

Spencer Strider - The fireballing youngster had a great 2022 season in which he was a breakout star, but he will finish the year on the injured list. Strider has a left oblique injury and apparently it felt worse when he tried to throw off a mound on Friday. The team is hoping that he will be able to return for the playoffs, but for the fantasy season he is finished.

Nick Castellanos – The Reds outfielder hasn’t played since September 2nd, but he is going to skip a minor league rehab assignment and return to the Phillies lineup in the last full week of the season. He hasn’t had a fantastic season, but Castellanos is a very talented hitter and could be the difference that you need to bring home that title as he can be a five-tool contributor at his best.

Madison Bumgarner – He is going to miss the rest of the season, not because he is injured, but because he is old. Well, that sounds bad, he isn’t old, but the Diamondbacks want to see what they have with their younger arms, so they have told Bumgarner that he isn’t going to start for the rest of 2022. He had a decent season but is a borderline end of the roster pitcher at this point of his career.

Freddy Peralta – The Brewers brought their very talented but often injured pitcher back on Sunday with a pitch count. He threw 44 pitches to get through two scoreless innings and struck out three batters. He should be able to go much deeper into the game his next time out and he could be a weapon for your team in the last ten days of the season.