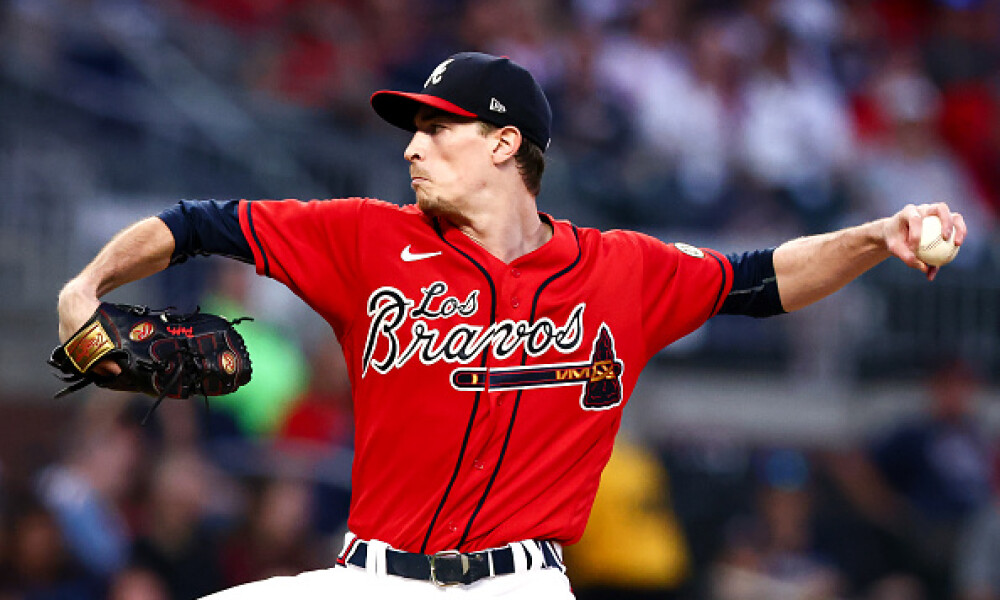 This is it, we wrap up the two-start analysis with this week’s installment of the MLB lineup review, at least with regard to those slated to start games in Week 24. Due to the short Week 25, only streaming options will be profiled in the final edition of this article, depending on manner that MLB lineups play out in the final rush to playoff qualification. Please realize that these articles feature most recent rotation information available when the article is written, but that circumstances do change due to weather conditions, injuries and general craziness with managers. If a pitcher listed here as having two starts ends up with one (or perhaps none) in the upcoming week, apologies but this article is meant to provide analysis, it is up to the manager to set the lineups or rotations. Without further ado, here are this week’s two start pitchers…

There are a few surprises here, with Taillon rising back to the top tier after some mid-season struggles, and Hunter Greene and Bryce Elder both stepping forward in their rookie campaigns to join the upper group of dual start options. Keller also gets rewarded for his dependable production this season in an overall losing cause in Pittsburgh.

Wentz is continuing his efficient pitching he demonstrated at Triple-A Toledo since arriving in Detroit for a return performance in 2022. Two of his latest three outings have been scoreless affairs, and he has collected victories in both those contests. He has gone 14:4 K/BB ratio over those three games, and his ratios are attractively low. Two home games against division rivals will give him the opportunity to show off his capability to fill a rotation spot for the Tigers in 2023.

Kaprielian has had a productive stretch since mid-August while toeing the rubber, especially if we discount the 2.2 IP against the Yankees where he allowed a whopping eight earned tallies (2.48 ERA, 1.21 WHIP). His efforts on the road have been a run plus per nine innings when he gets away from Fenway, and thus two road contests bode well for his final starts this season.

Bradish has put forth a couple of quality starts (QS) over his last three times on the bump, and while both of those efforts were at home, he has been significantly better on the road this season. As with the Boston SP above, he pitches better when away from his home park, so two road contests are looking positive for the rookie righthander. The matchups are decent for him to work on maintaining his 8.4 K/9 rate.

Sandoval has allowed two or less earned runs in each of his last nine starts, and gets to face the same opponent twice in a home and away set with the A’s in Week 25. That should allow him to continue to rack up the Ks, with his 9.2 K/9 rate over 137.1 IP to date.

Wheeler was initially limited in his pitch count after returning from a forearm issue, but should ramp up his efforts as the season winds down for the Phillies and their quest for a playoff slot. He does have two road contests on tap, which is not his forte by any stretch. It should not impact his ability to miss bats at better than a hitter per frame, however.

Severino came off a two-month stay on the IL, and tossed 5.0 IP in a game the Yankees were leading, allowing the team to limit his pitches in his first start back in the rotation. If he can go longer into contests, that will allow his owners to benefit from a superior 10.0 K/9 rate he has accumulated over his limited 91.0 IP this season.

Lopez is yet another SP who has a pair of road games in Week 25, and whose home/road splits indicate that plays in his favor. While he does not produce whiffs at the rate of the two arms profiled immediately above, he still is a good K producer (8.7 K/9 through 167.0 IP).

Anderson has been steadily pushing down his inflated ERA and WHIP, allowing just four earned runs over his last 14.0 IP. He offers above-average k production and has been actively improving his control while atop the bump, not allowing an earned tally to Boston in his last start. Continuing a trend, he is more road warrior than homebody, so two road games do not intimidate.

These arms should not be considered despite the two-start appeal, unless you are extraordinarily desperate for some innings or counting stats. The ratios are not good for any of these SPs, and while we are well into the season, sometimes a small change in a category can be disastrous in the quest to win the league. The Ks may be alluring, but the overall risk generally outweighs any minor benefit provided if you plug any of these hurlers into your lineups.

A Tiger SP led off the middle tier of dual start pitchers above, and another Detroit hurler opens our streaming options this week. Manning had a rare lack of control in Baltimore in his last trip to the hill, and he took his third loss on the year, but now heads back to his home park in Detroit. Comerica has been a friendly location for him in 2022, and the young righty will look to continue his effective work against the visiting Royals, who he has held in check this season.

The Rockie righthander is on the road, where he has found more success this season. He just faced off against the Giants at Coors Field, holding them to two earned runs and striking out six Giant hitters while allowing just one free pass. He will look to continue that success. While he is a below-average K producer, the Giant hitters are fairly free-swinging and may help him pad the K numbers for this start, at least.

The 25-year-old righty rookie has been settling in since joining the Guardian rotation in September, currently displaying an attractive ERA just over 2.00 and a rapidly diminishing WHIP. He gets a home start here, and the Rays are not road warriors in 2022.

Voth continues to sport a sub-3.00 ERA and offers an above-average 8.0 K/9 rate over his 91.2 IP this season. He has not faced the Yankees, either at home or at Yankee Stadium in 2022, so not much history to go on in this contest, except to note that the veteran righty has been slightly more effective away from Camden Yards this season. The Orioles are fighting for post-season eligibility, so there is that motivation for Voth, too.

In his six most recent starts, the rookie righthander has posted a stellar 2.67 ERA and 9.5 K/9 rate over those 30.1 IP. This is certainly not the ideal matchup, given his home/road splits, but his recent success suggests that he is worthy of a streaming start if you are desperate for a potential late season boost to your pitching stats.

In extremely limited action at the big-league level, the rookie righty has been impressive. He held the Dodgers to a pair of earned runs for his second victory and QS as a member of the Diamondback rotation. He has collected 12 Ks over 13.0 IP, and the strikeout prone Giant offense could play into that strength in this contest.