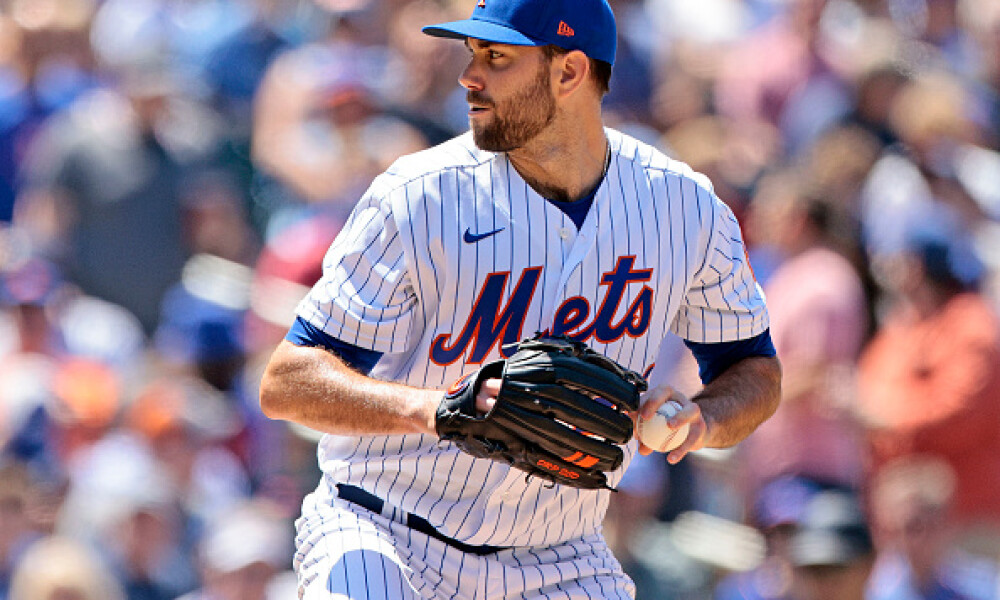 We are back for another week, so let’s follow along with the hot hands and the latest risers up the fantasy baseball rankings. Here are some MLB waiver wire options to target in the ever-continuing quest to improve your teams.

While Suwinski might not be the Pittsburgh player you were expecting to find here, the outfielder should be on our radar as Oneil Cruz has already been snatched up in over 75% of Yahoo leagues. The youth movement currently taking place in Pittsburgh does give us a little bit of hope and there is also some fantasy upside present as well. Over the last seven days, Suwinski is hitting .375 with seven runs scored including one game with three home runs. In 173 plate appearances to this point, Suwinski is hitting just .224 with a 31.2% strikeout rate, but it’s his 11 home runs that have caught our attention. He has a .250 ISO to go along with a 13.7% barrel rate so the power is real, and that is what we are hunting here.

Whenever we see Tampa Bay make a trade for a player, it is bound to catch our attention. In the case of Paredes, I feel like it flew under the radar after the infielder failed to make too of an impact to this point in his career. Given he is in just his age 23 season, there is still time for Paredes to put it together and if you want to ride the hot hand, he certainly is it. Paredes went deep three times on Tuesday and the infielder then followed that up with another home run on Wednesday. While he is hitting just .211 on the season, Paredes does have nine home runs, 17 RBI, and 16 runs scored in 99 plate appearances while striking out just 15.2% of the time. With a 17.8-degree launch angle it is clear where the focus lies for Paredes and it’s worth a look to see if the hot hand continues as it appears the playing time will.

Granted we are looking at Alfaro from the perspective of using him behind the plate, but the positional flexibility to slot him in as an outfielder is a nice bonus. Alfaro has at least one hit in each of his last six starts with four of those games being of the multi-hit variety as he also has carved out regular playing time with San Diego. While Alfaro struggles to make contact with a strikeout rate consistently north of 30%, the results are generally good when he puts the ball in play; .289 batting average but he has benefited from a .392 BABIP. Alfaro does have a .376 career BABIP so it shouldn’t come as a true surprise though and in 38 games this season, his power has been on display with six home runs and 18 RBI. The main takeaway here is Alfaro’s launch angle of 11.3 degrees which is substantially better than anything we have previously seen from him and it is supported by a 11.8% barrel rate.

Based on track record, the outfielder should be rostered in more than 12% of Yahoo leagues, but with the release of Lorenzo Cain, playing time really shouldn’t be an issue here. Over the last seven days, McCutchen is hitting .350 with five runs scored to bring his batting average up to .242 on the season which includes a .308 batting average in June with two home runs, 10 runs, and 10 RBI. This is the McCutchen we were previously accustomed to seeing as his strikeouts are also down.

We have to manage to the confines of the game and then means looking to maximize stolen bases which puts Engel on our radar. We do need to keep an eye on Engel’s hamstring since it caused him to be removed from Wednesday’s game, but assuming it is just a minor issue there shouldn’t be any concern. The outfielder has stolen nine bases to this point in the season and if you are lagging behind there, this is a pill you might have to swallow. It’s a small sample size, but Engel was hitting .333 over the last seven days and he does get an ample amount of playing time for Chicago.

Cueto continues to surprise people this season and with his next start coming against Baltimore, that puts the right-hander squarely on our radars. He has been pitching deep into games and is coming off seven shutout innings against Houston in his last start while picking up the victory. That gives Cueto a 2.95 ERA and 1.10 WHIP in 42.2 innings to this point. You aren’t going to get tremendous strikeout upside, about seven per nine innings, but things have been going well with a 3.25 xERA and 6.4% barrel rate.

With another injury to the Mets rotation, it doesn’t appear that Peterson is going anywhere for at least the next month. Walks have been a problem for Peterson the last two seasons, about four per nine innings, but it hasn’t hindered him too much with a 3.18 ERA and 3.87 xERA. Peterson strikes out 8.34 batters per nine innings and a 55.6% ground ball rate also helps to limit the damage. With a strong offense and bullpen behind him, Peterson is often in a good position to pick up the victory (four in eight starts) and a 6.3% barrel rate against also helps.

Meyer seemingly was on his way towards a promotion to the big leagues before an elbow injury sent him to the sidelines for a month. Previously, Meyer had a 4.33 ERA and 1.09 WHIP in 43.2 innings while striking out 49 batters and as long as he shows he is healthy, it wouldn’t surprise me to see him back on track towards Miami.

While Poche has struggled in each of his last two games, the Tampa Bay reliever has also picked up two saves so far this week. In the Rays bullpen that qualifies as a real trend and gives Poche five saves on the season so it will generate some attention. Poche has been successful over this season with a 2.96 ERA and 0.96 WHIP while striking out 19 batters in 23 innings. We know that Poche will continue to be utilized in high leverage situations so he could be a decent bullpen option for those hunting for saves although a 5.48 FIP does want me to exercise a little caution although the overall sample size is so small.

King doesn’t appear to be heading back to the rotation anytime soon nor is he in contention for saves, but as he provides high leverage support to the Yankees’ bullpen he can do the same for your fantasy team. The right-hander has 52 strikeouts in 38.1 innings so far this season and he has picked up four victories this season while posting a 2.35 ERA and 0.94 WHIP. King has limited the walks, 2.35 per nine innings, which plays into his 1.88 FIP, and opposing hitters have a barrel rate of just 6% against him.