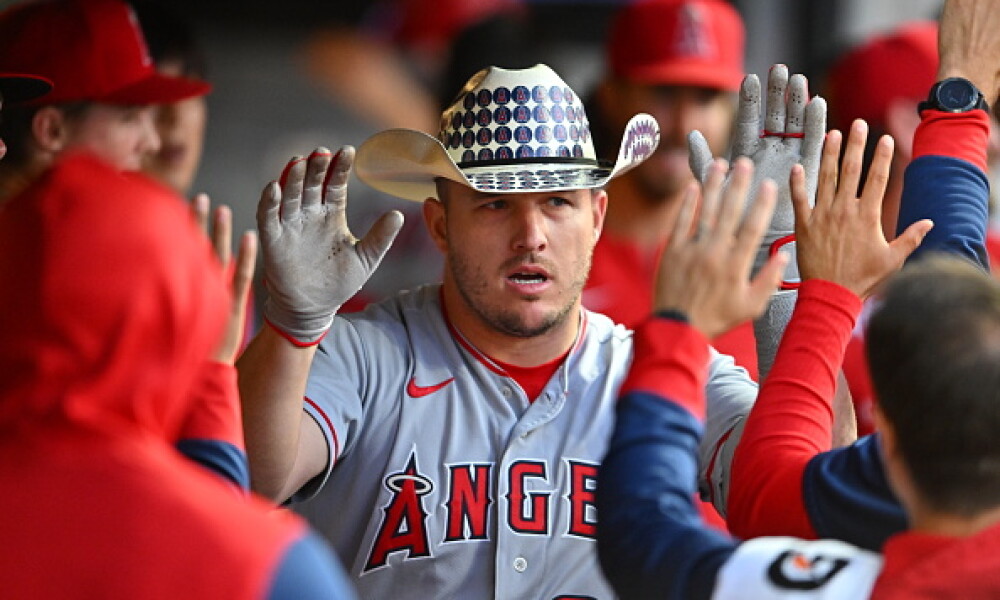 Monday Night Football. Major League Baseball. What a great time of year to spend your Monday watching sports! Who cares about Russell Wilson making his return to Seattle, only to lose Geno Smith. Instead, let’s focus on Mike Trout homering in seven straight games or the fact that Bo Bichette, one of the top shortstops in preseason fantasy baseball rankings, is playing like the game’s best player here in September. Houston’s Framber Valdez logged his 24th straight quality start, tying the single-season MLB record. Meanwhile, Arizona's MLB top prospect Ryne Nelson is on an impressive streak himself. As we close the door on Monday’s baseball action, we’ll also look ahead to Tuesday with my MLB best bet of the day for an NL Central showdown with playoff implications. If you’re looking to make some MLB DFS lineups for Tuesday’s action, we have all of the MLB DFS content you need here at Fantasy Alarm, including MLB daily projections, MLB weather report updates, Vegas odds, projected/confirmed lineups, etc.

Trout has now homered in seven straight games, extending his team record, and is now one game away from tying the all-time record in Major League Baseball with a home run in eight straight. During this seven-game run, Trout is slashing .393/.433/1.214 with a .671 wOBA, and 356 wRC+. The Angels haven’t done much for him otherwise, however, as his seven home runs have resulted in just 11 RBI. Regardless, in a disappointing year for the Los Angeles Angels, Trout and Shohei Ohtani continue to handle business for this ball club.

The Houston southpaw tied Jacob deGrom’s single-season record for the most consecutive quality starts in a season last night. Valdez's complete-game shutout on Monday notched his 24th straight quality start. He’s been excellent for Houston this season, posting a 15-5 record with a 2.50 ERA, 8.47 K/9, and 66.3 percent ground ball rate. He has eight or more strikeouts in five of his last six starts, and he has a 1.41 ERA with a 9.87 K/9 over these past six starts.

Is Trevor Rogers Back?

The answer is, it sure looks like it! Since returning from injury at the end of August, Rogers has a 2.95 ERA (2.63 FIP, 2.43 xFIP) with a 22:3 K/BB ratio across 18.1 innings of work. It might be a little too late for many fantasy baseball managers, but we are finally seeing the Rogers we all fawned over in 2021. Ending the year on a high note would be a big step to a bounce-back 2023 season for Rogers. The Miami Marlins' pitcher was quite impressive yesterday with his 18 whiffs on 44 swings. Just check out how his FIP has taken a big plunge down after being so high earlier this season. 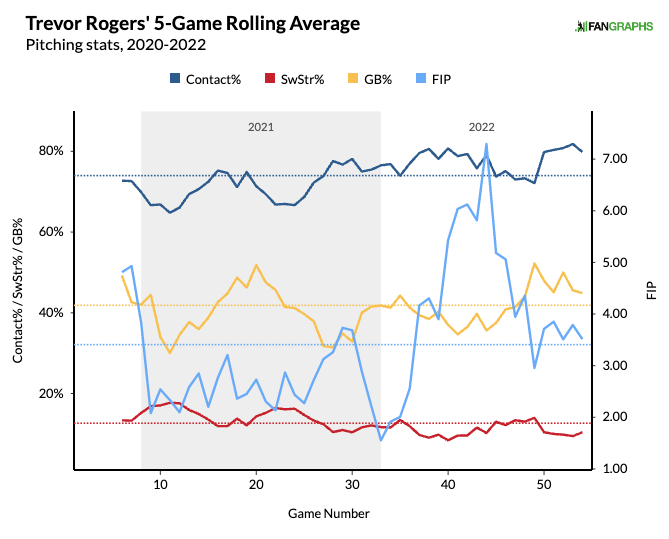 Bichette was a slam dunk first-round pick in fantasy baseball drafts this season, since he was coming off a monster year where he hit .298 with 29 home runs, 121 runs scored, 102 RBI, and 25 stolen bases. He was perceived to be a five-category producer and a cornerstone player for fantasy baseball teams in 2022. Well, through the first 48 games of the year, he was hitting just .257 with seven home runs, 24 RBI, and four stolen bases. Through August, he was at a .260 batting average with 17 home runs, 67 runs scored, 66 RBI and an ugly 9-for-16 on the base paths. Bichette wants to be a first-round pick again next year, so through 11 games in September, he’s hitting .511 with seven home runs, six doubles, 21 RBI, and 15 runs scored.

Of qualified hitters, Bichette leads baseball in the following categories in September: Doubles (tied), home runs (tied), runs scored, RBI, batting average, SLG, OPS, wOBA, wRC+. With shortstop being rather deep, and his lack of success on the base paths this year compared to last, I’d be more comfortable drafting Bichette in the second round compared to the first.

It’s hard to imagine drawing it up much better for the rook! In his first two big league starts, he shut down the San Diego Padres and Los Angeles Dodgers, posting 13 shutout innings with a 13:2 K/BB ratio across these two outings. Nelson lives off his four-seam fastball, throwing it nearly 70 percent of the time last night, but his curveball and slider have fared quite well in limited usage. Last night, these two pitches went for a 40% and 67% whiff rate, respectively. Can he continue this type of success long-term with his current pitch mix? That will be the big question but right now, he looks like a fantasy difference maker down the stretch.

Since being traded to the Cardinals, Jordan Montgomery has a 5-0 record with a 1.45 ERA (2.29 FIP) and he’s been dominant with St. Louis outside of one blowup against Atlanta. Over the last two weeks, the Brewers have a .215/.304/.354 slash line against southpaws, not to mention the third-highest strikeout rate at 26 percent. Meanwhile, Matt Bush is on the bump for Milwaukee, and the Cardinals have the seventh-highest OPS and sixth-highest wOBA against right-handed pitchers over the last two weeks. I like the Cardinals to win this one by at least a couple of runs.