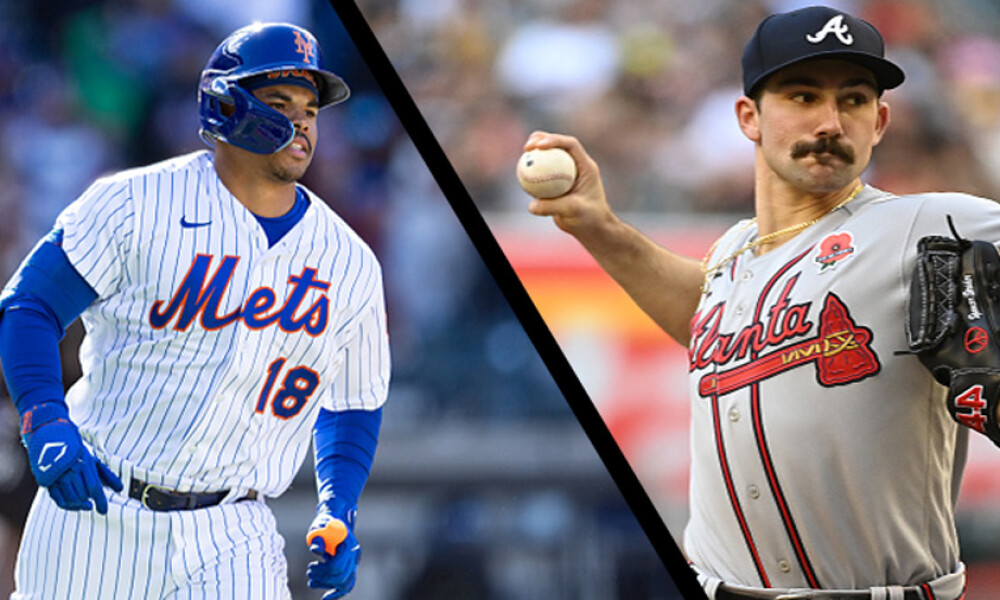 There was a ton of Major League Baseball action yesterday on Memorial Day and we're here to help recap it all from the fantasy baseball perspective! The beauty of MLB is that in a league that features Mike Trout, Mookie Betts, and others, the likes of Nick Plummer, Matt Carpenter, and Spencer Strider have stolen headlines in recent days as trending fantasy baseball sleepers. Even Evan Longoria is back to being relevant as a possible fantasy baseball waiver wire pickup. Paul Goldschmidt and Trea Turner have hitting streaks of 20+ games, but Plummer’s couple of home runs in the last few games have drawn ample attention. June is right around the corner, so make sure you are checking out our updated monthly fantasy baseball player rankings. There’s a lot to break down from yesterday, so let’s circle around the MLB for noteworthy performances and key injuries. Plus, we'll take a quick look ahead to this evening for some of my MLB best bets and favorite player props for Tuesday’s games.

Ashby has all the makings of an excellent strikeout arm and it showed on Monday with 12 punchouts in six innings of work against the Chicago Cubs. His changeup and slider were dancing yesterday and the two pitches posted whiff rates of 50 percent and 64 percent, respectively. Alongside excellent velo for a southpaw, Ashby’s changeup and slider in particular can wreak havoc on opposing hitters.

With some injuries hitting the Milwaukee rotation of late, Ashby’s going to have a longer leash to show that he can stick as a starting pitcher. In 25.1 innings as a starter this year, he’s posted a 2.84 ERA with a 30:18 K/BB ratio. Ashby needs to be rostered in all fantasy baseball formats at this point.

If it weren’t for the three home runs he allowed, there wouldn’t be much to nitpick in terms of Webb’s outing against Philadelphia. He struck out a season-high 10 batters, which also tied his career-high. It was also the first time since April 13th that the San Francisco starter completed eight innings.

Webb’s changeup generated nine whiffs on 23 swings, and his changeup and slider both posted a 40+ CSW% yesterday. Coming into yesterday’s game, he had allowed just two home runs in 53.1 innings of work, and his career HR/9 mark sits at just 0.68. We’ll consider the home runs just a blip on the radar, but it was nice to see Webb put up a double-digit number in the strikeout department.

Since rejoining the Mets, Plummer has gone 4-for-8 with two home runs, five RBI, and three runs scored. Plummer never displayed elite pop in the minors, but that’s been a different story through a handful of games with the Mets in 2022. There’s some swing-and-miss in his game, which can lead to a strikeout problem, but those in deeper leagues should be cognizant of what Plummer is doing at the moment. He may not stick around on your fantasy baseball team for long, but a couple of points or home runs certainly wouldn’t hurt. Hopefully, we see more of this from Plummer moving forward:

There are two players in Major League Baseball with a current hit streak of 20+ games, and both guys extended them last night. Turner is up to a league-high 22 games, and Goldschmidt is at 21 games. During their respective stretches, check out their numbers:

Turner and the Dodgers square off against Pittsburgh this evening, while Goldschmidt and the Cardinals take on the Padres. Let's see if they can both keep it going!

Strider made his MLB debut last year as a reliever for the Atlanta Braves and then made 11 appearances out of the bullpen this season. Monday, though, was the rookie's first career start in the majors. It was a bag of mixed results for Strider, who struck out seven but allowed five runs over 4.1 innings against the Diamondbacks.

Strider throws hard, and no one denies that. His fastball velocity is in the 99th percentile in Major League Baseball and he throws it nearly 75 percent of the time. Every four-seamer he threw yesterday was at least 96 miles per hour, while over half of them clocked in at 98 or above.

His fastball generates a ton of whiffs, but it’s hard to be a one-pitch pitcher in this league. He threw a non-fastball just 23 times yesterday, compared to 49 fastballs, and he generated four whiffs on eight swings with his changeup. His upside in the strikeout department is worthwhile in fantasy baseball, but a secondary pitch will need to develop to unlock that tier of Strider’s game.

The Cubs' rookie sensation will hit the Injured List due to a sprained ring finger that happened while sliding into second base on a stolen base attempt. After a hot start to the year, Suzuki has cooled off a bit, hitting just .211 with a 32.9% strikeout rate in the month of May. Through his first 41 games as a Cub, he was hitting .245 with four home runs and three stolen bases. Fantasy baseball managers will be without his power/speed combo for a bit.

In his last start, Woodruff suffered a right ankle sprain, and an MRI confirmed that the sprain was of the high-ankle variety. Woodruff is just the latest Brewer to hit the injured list. The star right-hander’s injury leaves the door even more open for Aaron Ashby to stick in the rotation a bit longer, while Ethan Small could see another couple of chances in the Milwaukee rotation. Woodruff is 5-3 with a 4.74 ERA (3.82 FIP) and 10.92 K/9 through nine starts.

You always see videos on TikTok or Instagram of gym accidents gone wrong, and those pesky exercise bands (or TheraBands) can cause some damage when snapped. Well, Villar learned that the hard way, but instead of some laughs and thousands of views on social media, it ended in a trip to the injured list for the speedy infielder. The Chicago Cubs state that Villar will require “significant dental work.”

A right flexor strain is going to put the veteran right-hander on the shelf for a bit. Apparently, the soreness has been there for a bit, but Greinke didn’t allude much past that. He's 0-4 with a 5.05 ERA and 1.35 WHIP through 10 starts with the Royals this season. Maybe the injury had something to do with these subpar numbers.

Minnesota’s prized offseason signing exhibited symptoms over the weekend and, after testing positive, will find himself on the COVID-IL list. This comes at a rather inopportune time for Correa and the Twins, as he was hitting .326 with a .384 wOBA and 156 wRC+ over his last 11 games.

Other MLB Injuries To Monitor:

Blake Snell has been tough on righties this year, but Goldschmidt has been equally as tough on left-handed pitching. Goldy is hitting a whopping .515 with a .646 wOBA against southpaws this year, and he’s in the midst of a 21-game hit streak where he is hitting .442 with nine home runs during this incredible run. Since the start of last season, Snell has a 6.19 ERA and .377 wOBA on the road.

Suarez has struggled at home this year, posting a 5.48 ERA and logging just 21.1 innings across five starts. The opposition has hit Suarez at a .303 clip at home, and Suarez’s 1.69 WHIP doesn’t lend itself to long outings in his home park. In his five home starts this year, he’s pitched six innings just once, while the others have been 5, 4.2, 3, and 2.2. Long story short, he’s surpassed this mark just once in five tries this year. The Giants have the 10th-highest walk rate in baseball against southpaws this season, and over the last two weeks, they have the third-highest ISO in baseball, not to mention the fifth-highest wOBA and 10th-most runs scored. They could chase Suarez early.

Let’s chase something, huh? Did you see the above? Suarez struggles at home, and Longoria is seeing a beach ball coming to the plate at the moment. He has an .857 OPS on the road this season, and against lefties in 2022, he’s hitting .333 with a 1.047 OPS. He’s homered in three games, and in four of his last five games, so why not shoot for another home run against a guy who has allowed righties to hit .338 at home and post a 1.69 HR/9 against him. Play this if you want to shoot for the moon a bit, but you can drop down to the number of hits or total bases for Longoria today, too.