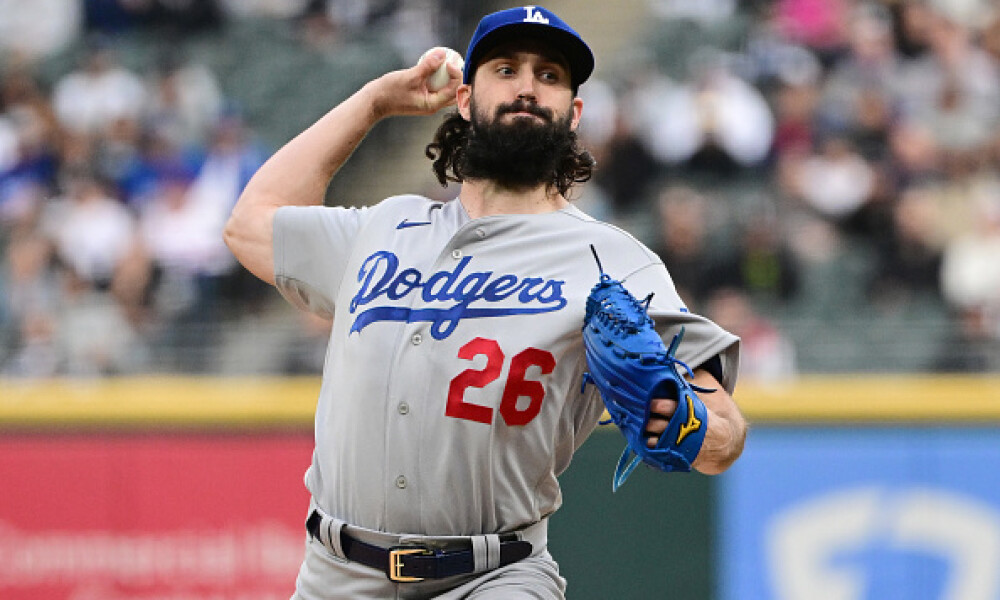 Wednesday’s Major League Baseball action was nothing short of noteworthy, in that Tony Gonsolin and Alex Faedo continued their impressive runs, while Miami’s Sandy Alcantara is making a bid to start the MLB All-Star Game. The Washington Nationals get to trot out Stephen Strasburg tonight against the Marlins, as he looks to return from injury. However, it’s not all rainbows and lollipops, as Nestor Cortes, one of the best waiver wire pickups in fantasy baseball this season, showed that he was human last night, and there are injuries galore around the league. You should probably go ahead and bookmark our MLB injury report if you haven’t done so already. As we close the door on Wednesday and look to Thursday, I provide my three favorite player props for Thursday’s games, all of which involve pitchers, and one of which will be a great value play for your MLB DFS lineups.

The Los Angeles Dodgers right-hander Tony Gonsolin has an impressive streak going, as he has posted five straight starts with at least six innings pitched, with four or fewer hits and five or more strikeouts. Overall for the year, Gonsolin is a perfect 7-0 with a 1.58 ERA, but during this five start stretch, he’s 4-0 with a 1.80 ERA and 9.30 K/9. During this stretch in particular, the strikeouts have been up slightly, and the walks even further diminished. 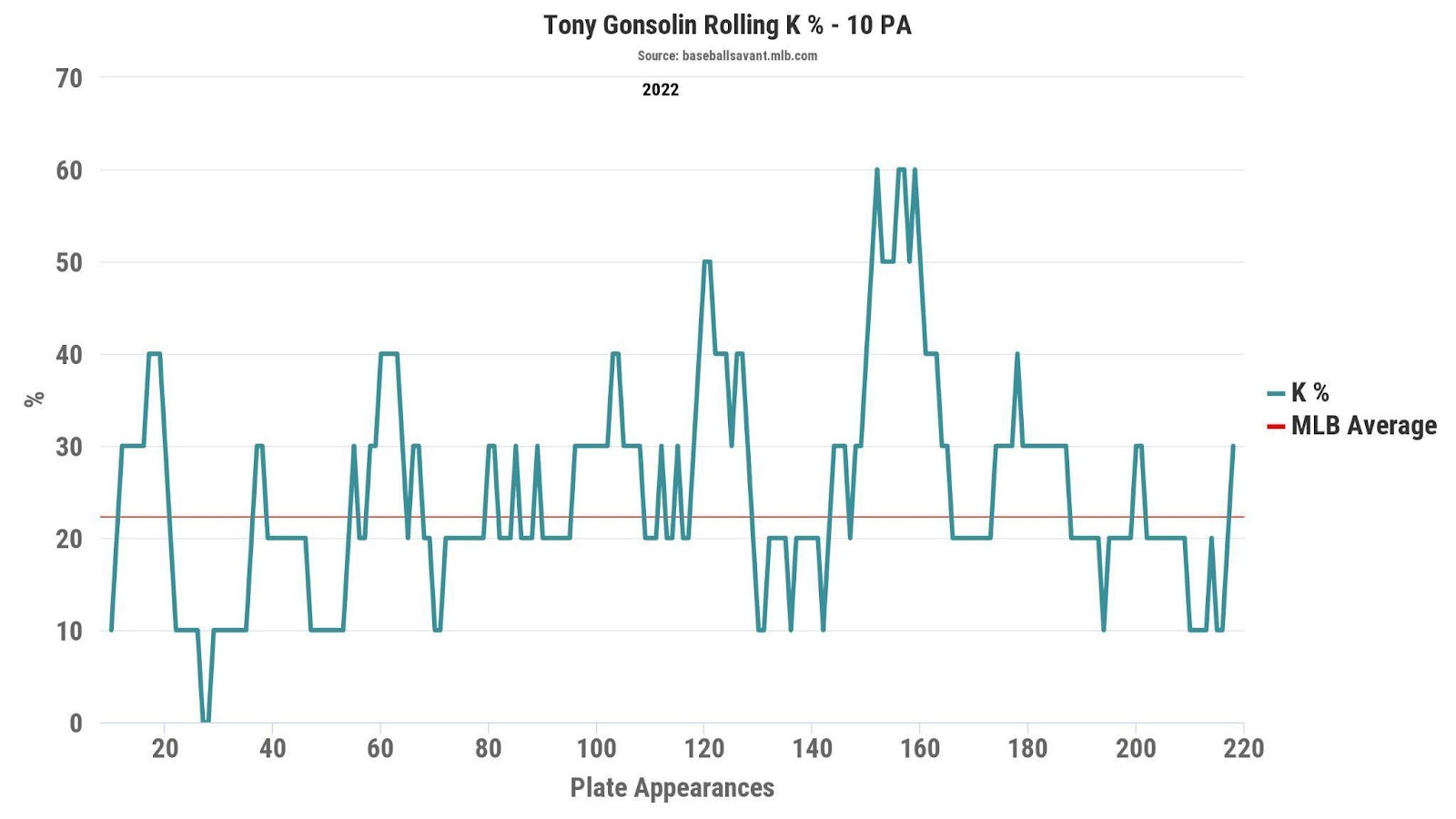 Gonsolin has yet to allow more than two earned runs in a single start this season. He’s been quite impressive to say the least, and fantasy baseball managers have surely noticed, and enjoyed the production.

The Washington Nationals get some good news as Stephen Strasburg will make his return to the mound against the Miami Marlins. He worked up to a nearly-full workload and should be equipped to handle 5+ innings tonight, so long as he makes it there. In his last rehab outing, he fired 83 pitches over six innings, so one would believe Washington would be comfortable with him in the 85-90 range tonight against Miami. Since logging 245.1 innings in the 2019 regular season and postseason run, Strasburg has logged just 26.2 innings (seven starts) for Washington over the last two calendar years.

Not So Nasty Nestor

Nestor Cortes is human after all! Through his first 10 starts of the season, he allowed more than two earned runs just once, and more than six hits on just one occasion. Yesterday against the Twins, Cortes went just 4.1 innings, tied for his second shortest outing of the year, allowing four earned runs on seven hits. Furthermore, he allowed two home runs in 4.1 innings yesterday, after allowing just four home runs through his previous 60 innings. Is there reason for concern with Nestor? No, this should merely be a blip on the radar, and fantasy baseball managers should be excited for his start next week against the Rays, a team he dominated back on May 26th.

The streak continues! Alex Faedo has now thrown at least five innings with no more than two earned runs in all seven of his first big league outings. Despite posting a 17th-percentile average exit velocity allowed, his hard-hit rate comes in at the 70th percentile, and he does a good job of limiting the walks. There could be some home run issues down the line with Faedo, as he allows a good bit of loud contact and fly balls, but there’s no denying what he has done thus far in his big league career.

“It’s like the bottom of the ninth, and I’m never gonna win…”

The streak is up to 14 for the Angels and it’s just “too bad.” The team is probably looking at old photographs thinking, oh, how you remind me, of the days when we used to be rock stars in the American League West. Somehow, the AL West lead isn’t too far away from them, as the Angels are just 9.5 games back after losing 14 straight. It’s not time to burn it to the ground, even if it might feel like today is the last day.

Over his past six starts, covering 48 innings, Sandy Alcantara has a dazzling 0.56 ERA. Overall for the year, he’s sporting a 1.61 ERA, and his 2.55 xERA, 2.96 FIP, and 3.49 xFIP all indicate that even when there’s some regression, he should still be excellent.

The strikeouts aren’t quite as high as you would want from an elite fantasy arm like Alcantara, but he doesn’t get beat by the long ball, and he keeps the damage to the minimum. His 53.8 percent ground ball rate would be the highest of his career, and there’s optimism for a slightly increased strikeout rate moving forward, as his 66th percentile whiff rate and 64th percentile strikeout rate would be career bests, all while generating more swings out of the zone than past seasons.

Pete Alonso is nursing a battered hand after taking a heater from Yu Darvish off the hand. While he will be out for a few games at least, X-rays came back negative, so there’s optimism that he can avoid an IL stint.

Alonso’s teammate Starling Marte also received some good news, in that the anticipation is that his quad tightness won’t result in a trip to the injured list. He’ll likely be out for a couple of games at least.

Brandon Drury (Achilles) and Nick Senzel (back) were scratched from the starting lineup prior to Wednesday’s contest. Drury was removed earlier in the game on Tuesday, and Senzel was removed due to a lower back strain. The hope is that neither injury are serious, but the Reds will await more info on both players.

Kike Hernandez’s right hip flexor strain was placed on the injured list and the Red Sox seem to be optimistic that his injured list stay should be the minimum 10 days. Have you heard that before? Hernandez is hitting .209 with four home runs, 24 RBI, and 27 runs scored on the season.

Stephen Strasburg ramped up to 80+ pitches in his last rehab outing, and if you’re telling me that with 85-90 pitches that Strasburg cannot get four strikeouts, you’re crazy! The Marlins are about league average in terms of strikeouts over the last two weeks and against right-handers, but this line is simply too low. Sure, the odds are at -155, but this is simply too low of a line. I’d be comfortable even with it at 4.5.

Logan Webb struck out six Rockies in seven innings of work earlier this year, and the San Francisco right-hander has six or more strikeouts in five of his last six outings — including 22 strikeouts over his last 17.2 innings. Colorado has struck out at a 21.9 percent rate over the last two weeks, and at a 21.6 percent rate on the road this season. Webb has a 3.30 ERA at home this year, with 26 strikeouts across 30 innings of work. Simple math says 26 strikeouts across five home starts comes to 5.2 strikeouts per home start. Let’s chase the over.

I love Konnor Pilkington today, simply put. At home this year, he’s posted a 1.54 ERA with 17 strikeouts across just 11.2 innings of work. In his last three outings overall, he’s faced the Blue Jays, Tigers, and Royals, recording 18 strikeouts in 12 innings on the bump. Oakland has the league’s highest strikeout rate on the road this season, the eighth-highest strikeout rate over the last two weeks, and the 10th-highest rate against southpaws this season.