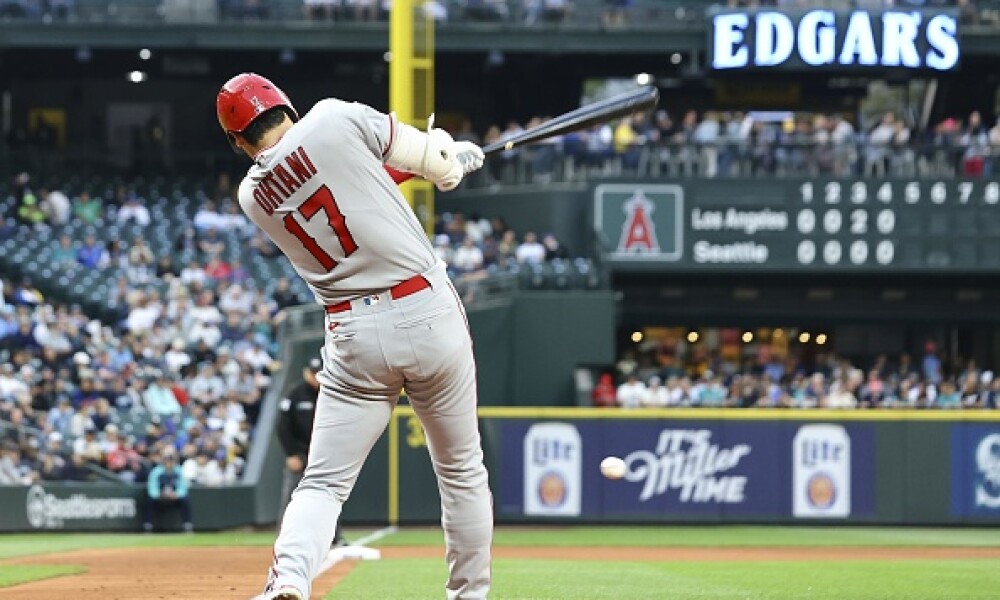 Thursday’s Major League Baseball games were full of MLB highlights and performances that kept the fantasy baseball world alive and talking as we head into another big weekend. The New York Yankees continue to roll behind Anthony Rizzo's walk-off homer, Kyle Schwarber and the Philadelphia Phillies are heating up in June, while the dynamic duo of Shohei Ohtani and Mike Trout broke another Los Angeles Angels losing streak. We also have some updates on the latest MLB injury report to take note of before setting your fantasy baseball lineups. Pay attention to the top fantasy baseball waiver wire targets and the MLB top prospects for those injury replacements. Check out the updated fantasy baseball rankings for June and our MLB projections to help set up your MLB lineups as well. We will also take a look at the MLB DFS top picks for Friday night's games. Let’s now dive into the MLB top performers and fantasy baseball injury news from Thursday.

Anthony Rizzo’s walk-off home run last night to beat the Rays 2-1 capped the Yankees' 14th consecutive win at Yankee Stadium and seventh straight victory overall. Rizzo blasted a 2-1 pitch from righty Shawn Armstrong with one out in the bottom of the ninth. This time, though, it wasn’t the bats that were on display. It was the surprise arms of Clarke Schmidt and Ryan Weber, who combined for 6.2 innings of three-hit ball and just one earned run between them. With Luis Severino scratched due to COVID-19, Schmidt got the chance to make his third big league start while Weber, a formerly of the Boston Red Sox, was recalled from Triple-A earlier in the day.

Mike Trout also did his part in breaking the Angels' three-game slide with a two-homer night and his first 4+ RBI game since 2020. He now has 49 career home runs against Seattle with 30 coming at T-Mobile Park. His 30 home runs in the Mariners' ballpark are the most by any opposing player in the league. Trout is now slashing .294/.396/.647 with a 1.043 OPS plus 18 HR and 38 RBI on the season.

Kyle Schwarber made his return to Nationals Park the only way he knows how — by hitting home runs. It’s safe to say that he’s locked in as he took Patrick Corbin deep twice for his sixth and seventh home runs of June. Last year he hit 16 home runs in 18 games over the second half of June and now has a total of 23 over the past two Junes (41 games).

The Phillies are rolling and last night’s win over the Nationals was their 12th in 14 games in June. They have 18 games left against this same team that they won 13 of 19 times against last season.

Don’t look now but the Orioles are starting to look like a competitive team. They dominated Blue Jays ace Kevin Gausman yesterday in a 10-2 victory and are no longer a walk in the park for AL East foes. They are 13-18 in the division and even though that is not a winning record, it is a huge improvement over recent years being the doormat of the division.

One player that is red hot is Ryan Mountcastle. After hitting three home runs in the first three games of the series, the young Baltimore slugger went 2-for-5 yesterday with two RBI and a run scored. He now has the highest slugging percentage (.696) against the Blue Jays of any active player in the league with 120 or more plate appearances. Even better is that the No. 1-4 hitters in the Orioles' lineup have a combined .907 OPS in June, which is the fourth-best in the league.

The Mets' right-hander left his start on Thursday against the Brewers with right shoulder discomfort. It may be another setback in a promising season for the young hurler. Megill came off the Injured List last week after missing a month with right biceps inflammation. He will have an MRI today.

In the same game and just an inning later, young Brewers left-hander Aaron Ashby exited his start with left forearm tightness. The team later said that the removal was a precaution and Milwaukee manager Craig Counsell noted that it was more fatigue than tightness. Ashby has been thrown into a starter’s role due to injuries to All-Stars Brandon Woodruff (right ankle, finger numbness) and Freddy Peralta (right shoulder).

Hyun Jin Ryu's Season is Over

Ryu will undergo left elbow surgery to repair his UCL with full Tommy John surgery not out of the question, therefore ending his 2022 season. Ross Stripling has filled in for Toronto nicely in Ryu's absence, going 3-1 with a 3.14 ERA and 1.00 WHIP. Still, the Blue Jays will now need some veterans to step up, including Yusei Kikuchi who has been inconsistent all season.

Scherzer continues to make progress from his oblique strain after pitching a three-inning simulated game yesterday. The next step for the Mets' ace is a rehab start on Tuesday and a return to Citi Field by the end of June or early July. Scherzer was off to a great start in his first year as a Met, going 5-1 with a 2.54 ERA and 0.95 WHIP before the injury last month.

Yadier Molina Will Be Out Awhile

Yadier Molina was placed on the 10-day Injured List on Friday morning after battling knee soreness for the last few weeks. Reports are that he will be back around the All-Star break. This does have some fantasy baseball relevance as prospect Iván Herrera will be called up to take the 10-time All-Star’s roster spot.

Herrera is considered the No. 4 prospect in the Cardinals' organization and will have plenty of chances to prove himself over the next couple of weeks. He was slashing .291/.388/.436 with an .824 OPS for Triple-A Memphis this season.

MLB DFS Look Ahead to Friday

We have a solid group of pitchers for tonight’s big Friday night baseball slate.

Most of my cash lineups will be anchored by these two studs. Rodon is a spend-up option, but he comes in as a big favorite over the Pirates, a team that is one of the worst offenses in baseball. With an 11.49 K/9 on the season and a Pirates team that strikeout 24% against southpaws — this is a perfect matchup for Rodon.

Montas is a near-misprice on DraftKings today and in play as a cash arm on all sites. He is coming off a rocky start against the Guardians but has had a great season so far with a 9.39 K/9 and 3.29 ERFA/1.02 WHIP for the lowly A’s. He will be facing a Royals team that has a low .142 ISO/.300 wOBA against right-handed pitching in pitcher-friendly Oakland Coliseum.

Gray is still far too cheap across the board and gets to face the horrible Detroit Tigers offense, one of the worst in the league. This is a team that has scored the fewest runs in baseball as well as the league's lowest ISO. Gray has a 27.2% strikeout rate (10.2 K/9) over his last five starts and should smash today.

Sneaky stack. Low run implied total but the Chicago White Sox are the best hitting team in the league against left-handers.

The San Diego Padres offense is on fire and now they go from windy Wrigley Field to Coors Field and Kyle Freeland. Bombs away.