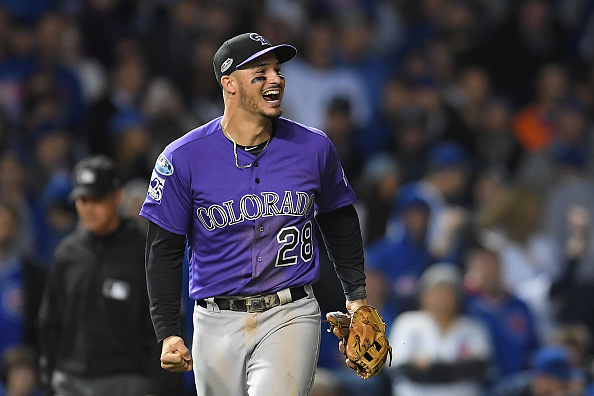 If you’re familiar with best ball leagues it’s likely from fantasy football. If that’s the only sport you’ve played in a best ball league then you’re missing out. There are fantasy baseball best balls, too (and NBA, and I’m even pushing some of the first-ever PGA best balls). MLB best ball is a bit trickier than the neat 16 game season we love for the NFL. It’s a long season with much more intricate positions. That doesn’t mean it won’t be enjoyable to you. If you’re a fan of fantasy baseball or best ball in general it’s a blast once you learn the dialect and identify the right platform. The four main options are RTSport Draft Masters, NFBC Cutlines, BB10s, or Fantrax Trax10s(25s, 50s, or 100s). I will break down each with some specific strategy tips. The prerequisite courses for MLB best ball are Points Formats 101, Roster Construction 206, and Value Above Replacement (VAR) 400. I will also have more posts in the next weeks to further on these foundations.

One of the best formats for gearing up your fantasy baseball draft prep. The tight roster size forces tough decisions and keeps drafts from dragging on. The starting rosters are nicely balanced, as is the scoring. These are fun and accessible, yet challenging.

The Granddaddy of MLB best ball. Entry is not cheap at $150 per. Payouts are geared toward the overall prize pool so returns are lessened for merely winning a league. That shiny overall prize with lots of zeros is one heck of a brass ring to reach for, though.

BB10s are one of the more unique formats. I don’t know what was behind the decision to only start two outfielders, maybe a desire to keep things accessible, but it alters the VAR drastically. Catcher’s values are pushed up considerably. Outfielders are virtually worthless due to the depth of the position. It’s a format that could use a tweak but is an easy draft, which is the 10’s platform end goal.

Trax10 leagues are my go to ADP tuning tool. They’re a great price point and tend to play out close to what you can expect from your home league draft. There are a few sharks in the waters, so consider opting for more of the 50/50 payouts if you prefer less risk on your return.

These tips will get you started in MLB best ball. To be the best player you can be you’ll need to continue sharpening your tools, though. Use projections (like Fantasy Alarm’s) to figure out who is a better value in a points league, tailor your existing strategies (like the SMART system), and reach out with questions. I’ll be following this piece up with two more in the best ball series: Deep Dives and Value Picks. Good luck best balling.