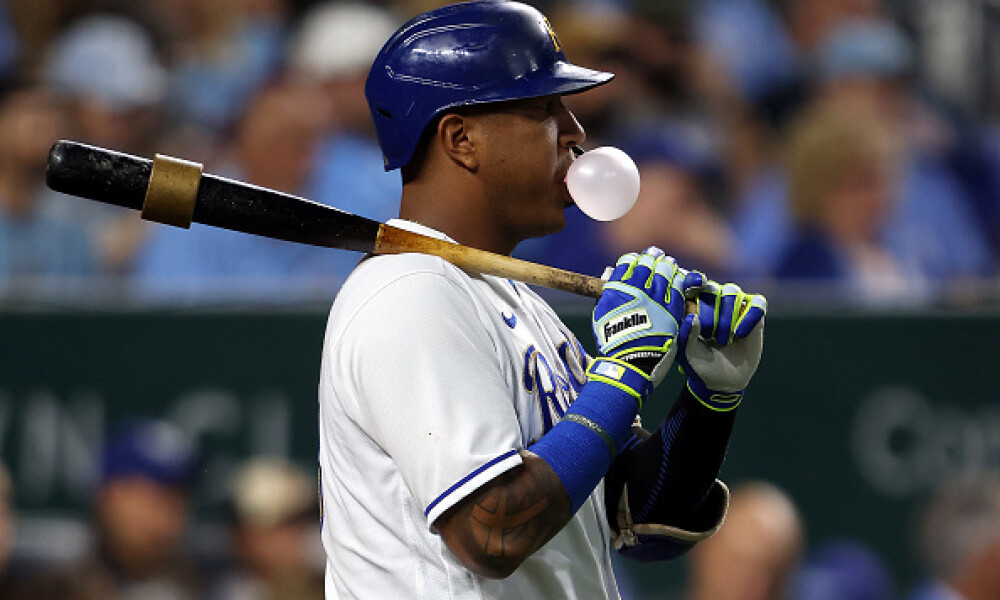 Catcher isn’t the most glamorous position, but it’s one of the select few positions where a top tier option, or the right pick, can really help separate your team from the pack. If you play in a league where you must start two catchers, the potential gap widens even more, and the positional edge you can gain can be quite impactful. The universal designated hitter (DH) is flashy for some of the league’s more elite sluggers, but there are a couple of backstops that could benefit from the added at-bats.

Here are a couple of catchers that should benefit with the universal DH, thus opening the door for more at-bats and offensive production without the physical rigors of the defensive aspect of catching.

Personally speaking, Contreras just might benefit the most from the universal DH. He’ll serve as the team’s primary backstop, but on days when Yan Gomes is behind the dish, at time of writing, Contreras is the best offensive option for the DH gig. If you look back at the 2020 season when we last saw the universal DH, no catcher logged more plate appearances (72) than Contreras, and he even led his own team in that category. In 2020, specifically as a DH, Contreras hit .298 with four home runs, 16 RBI and a .992 across 57 at-bats. Interestingly enough, do you know what catcher had the second-most at-bats as a DH in 2020? It was Contreras’ teammate Victor Caratini. If Chicago doesn’t add a Nelson Cruz, Kyle Schwarber, or Jorge Soler type in free agency, Contreras should see a considerable amount of at-bats at the DH spot, as could Yan Gomes, too.

At time of writing, Contreras is the sixth catcher off the board, but as long as Chicago doesn’t add a specified DH in free agency, I’m pushing Contreras into the top four or five at the position.

The Philadelphia Phillies lack a true designated hitter candidate on the roster, opening the door for Realmuto’s bat to stay in the lineup. Sure, Realmuto won’t DH everyday, but if the Phillies don’t have to have their $115.5M investment on the bench when he’s not catching, it would behoove them to pencil him in as the DH on off days behind the plate. In 2020, he received 32 at-bats as Philly’s DH (4th-most on team), posting an .806 OPS and 123 wRC+.

The more you look at the Philadelphia Phillies’ roster, the more you will begin to buy into the realization that they need Realmuto in the lineup as often as possible. Realmuto isn’t cheap in fantasy drafts by any means, and he is a unanimous top three option at the position, so while this move may not move the needle a ton, the potential for added at-bats makes him all the more enticing.

Unlike the two guys above, Molina did not receive any at-bats as a DH in 2020. Paul DeJong is a logical candidate for the primary DH role, but the Cardinals could utilize the DH for added at-bats for Molina in the team’s lineup. Molina’s pop might be waning, as last year’s .118 ISO was his lowest mark since 2015, and as he’s getting older, the trendline on his strikeout rate is steadily increasing. However, in two catcher leagues, the potential for more at-bats for a guy that should hit somewhere between .240-.250 with 10+ home runs and 55+ RBI makes for a nice second backstop.

If Paul DeJong struggles early, the Cardinals could opt to keep Molina’s veteran bat in the lineup more frequently, compared to younger options in Juan Yepez and Lars Nootbaar.

Update: The Cardinals did sign Albert Pujols, and he figures to get a good chunk of the DH at-bats against southpaws. This dings Molina just a tiny bit.

Tyler Stephenson, CIN - The Reds want Stephenson’s bat in the lineup more frequently, but with a wealth of options, particularly in the outfield, will Stephenson see a healthy amount of DH at-bats? Mike Moustakas, Shogo Akiyama, Aristides Aquino and Nick Senzel are also options, not to mention Joey Votto and Jesse Winker.

Keibert Ruiz/Riley Adams, WSH -  With Ryan Zimmerman retiring, Yadiel Hernandez should see a good chunk of the at-bats in the DH spot. However, the team could utilize Riley Adams in that spot, or Keibert Ruiz when he isn’t catching. The Washington offense would benefit from signing a true DH type to add some power to the lineup, but Ruiz and Adams should at least be in consideration for DH at-bats when not catching.

Will Smith, LAD - I’m not closing the door on Smith serving as the team’s DH when he isn’t catching. The Dodgers have guys like Matt Beaty and Zach McKinstry that are also secondary options behind Gavin Lux, not to mention Edwin Ríos (when healthy) and A.J. Pollock (to preserve his health). Back in 2020, the Dodgers rotated their DH quite frequently, as 13 different players received at-bats as a DH, including seven with double-digit marks in that department.

Jorge Alfaro, SDP -  This one is purely speculative. I just want to get that disclaimer out there now. However, Alfaro’s pop is well-documented, as he has a career .141 ISO and he hit 28 home runs with 30 doubles across the 2018 and 2019 seasons. The roadblock here is that Jurickson Profar and Wil Myers are more logical DH options than Alfaro, but hey, never say never to Alfaro working his way into being the team’s DH. In deep two catcher setups, Alfaro could be an interesting late round flier.