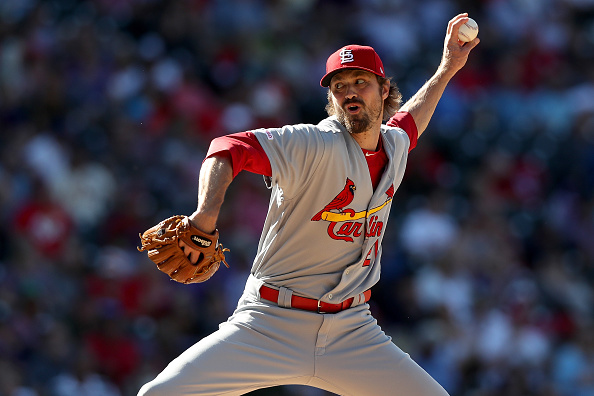 We are coming down the homestretch #Family! It has been a fantasy baseball season like no other for sure, and if you are reading this you must still be in the hunt. Or you have an unhealthy obsession with fantasy baseball information. Either way, welcome to the second to last Bullpen Report of the season. There isn’t a ton of news around the ninth inning in Major League Baseball, but let’s hit the highlights.

Daniel Hudson , Washington Nationals. I have had confidence in Hudson all season long, but that has been evaporating quickly, and after Wednesday he has to be removed from the role. The Nats don’t have a good answer with Tanner Rainey also injured. It looks to be Kyle McGowin ? He got the save Wednesday night after the Nationals regained the lead, and emphatically shut the door with three strikeouts. There isn’t much time left and he doesn’t have closing experience in the majors, but hey, he should have the job and that has to be enough with just over a week to go in the season if you are desperate for saves.

Jeremy Jeffress , Chicago Cubs. There was much talk all season about Craig Kimbrel and Rowan Wick , and when it came down to it the most reliable pitcher in the bullpen was Jeffress. He had very minimal closing experience in his career, but he allowed only four earned runs all season. Now, he isn’t a great strikeout pitcher, but his ERA is under 2.00 and his WHIP is under 1.00. He did blow his last chance out and Kimbrel has been pitching better, but Jeffress is a safe bet to finish the year closing the door on the North Side of Chicago.

Stefan Crichton , Arizona Diamondbacks. Arizona’s bullpen has been a mess since they dealt Archie Bradley , but it looks like we finally have some stability with Crichton. He has collected two straight saves without allowing a hit or a walk. Even more impressive was he got Mike Trout , Anthony Rendon , and Albert Pujols in order to get his last save. He doesn’t have dominating strikeout stuff, but hey we are in the last ten days here, we will take what we can get. And if you need saves, he appears to be a very safe option in the season’s remaining days.

Héctor Neris , Philadelphia Phillies. Much like his time in Boston, Brandon Workman has been unable to keep guys off base or give up runs. He pitched his way out of the closer’s role at this point, and in his last two appearances allowed two runs, six hits and three walks with just two strikeouts. That is just not the type of stuff you need from your closer. This has forced Manager Joe Girardi to go back to Neris, who had pitched HIS way out of the ninth inning earlier this season. It is like Neris and Workman are playing hot potato with the ninth inning duties and neither guy wants to win. Neris has been clean of late with five straight appearances without allowing an earned run, and only allowed one hit in his last three shots combined. He will likely have to implode more than once to lose the job so close to the end of the season.

Ken Giles , Toronto Blue Jays. He is back on the injured list with that elbow injury again, which will undoubtedly end his season. It was mostly a lost one for Giles, and that will put Rafael Dolis in the ninth inning for the last ten days of the year.

Nick Anderson , Tampa Bay Rays. I would love to publicly kick Rays Manager Kevin Cash right in the junk for fantasy baseball players everywhere! Ten different relievers posted saves for Tampa in a 60-game season, and there was no rhyme or reason to the decision at all. It wasn’t someone taken out because they pitched poorly or riding the hot hand. I sometimes seemed like he was just picking a name out of a hat. Diego Castillo had collected three straight saves at one point, and now Nick Anderson has two of the last three saves. It at least appears that it is down to one of those two guys, but we never know who might get the call in the ninth.

Andrew Miller , St. Louis Cardinals. The Cardinals lost Giovanny Gallegos to an injury, and Ryan Helsley has just been awful of late. That looks like it will thrust Miller back into the closer’s role. He was better than expected earlier in the year when he was expected to pitch the ninth, but it isn’t the ideal place for him. However, with just a week and a half to go, expect him to hold it down. The Cardinals don’t have a day off for the rest of the year and still have two more doubleheaders left. This means Miller can’t save every game. If you are in desperation mode, Tyler Webb or the darkhorse Alex Reyes are the two names to consider in the last bit of the season.

Aroldis Chapman , New York Yankees. A decision on the appeal from the suspension in result of throwing at the head of Mike Brosseau happened on Monday and we are awaiting the results. Sorry Yankee fans, he did it on purpose. Don’t give me this “he doesn’t know where his fastball is going” crap. He is an elite reliever in the league and has been for a while. He knows where his fastball is going. Anyway, you should assume he will lose the appeal and be forced to serve the three-game suspension. This puts Zack Britton right in line for save opportunities. It is only three games, but the way the Yankees are winning right now, that could net you two saves. In the last week of the season, that could be huge.

Cesar Valdez, Baltimore Orioles. This one might be a little speculative, but if you are dying for a save or two in the last week, you might have to make a desperate move. Hunter Harvey hasn’t been good since returning, and Tanner Scott hasn’t gotten save chances. Wednesday the Orioles had a four-run lead (so non-save situation), but Harvey pitched the seventh and Scott the eighth. Valdez did finish the game and didn’t give up a run. In fact, he hasn’t given up a run this year. The Orioles might only win another few games, but with the bullpen a mess it could be Valdez who could get you those last couple of saves to push you over the top. 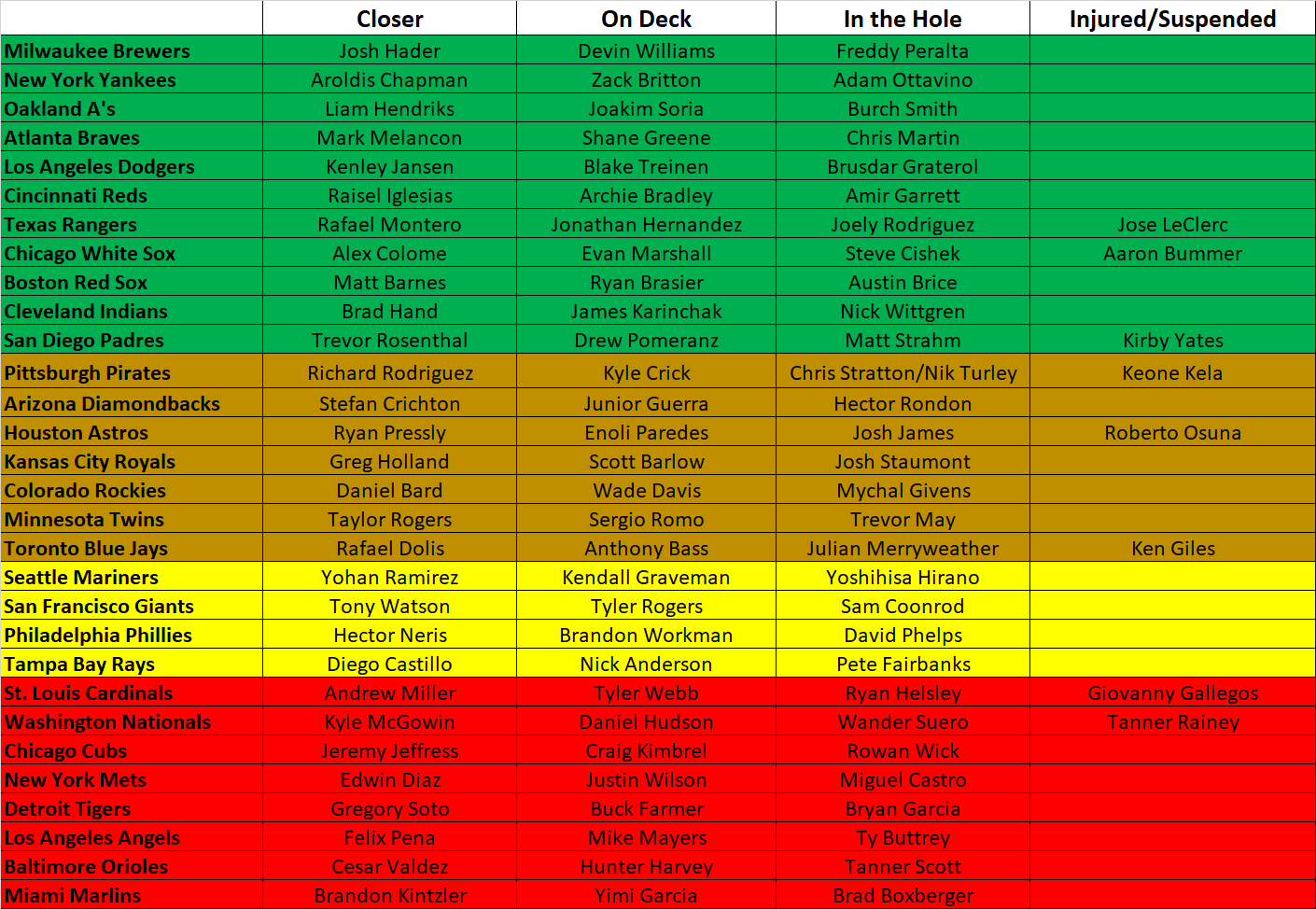