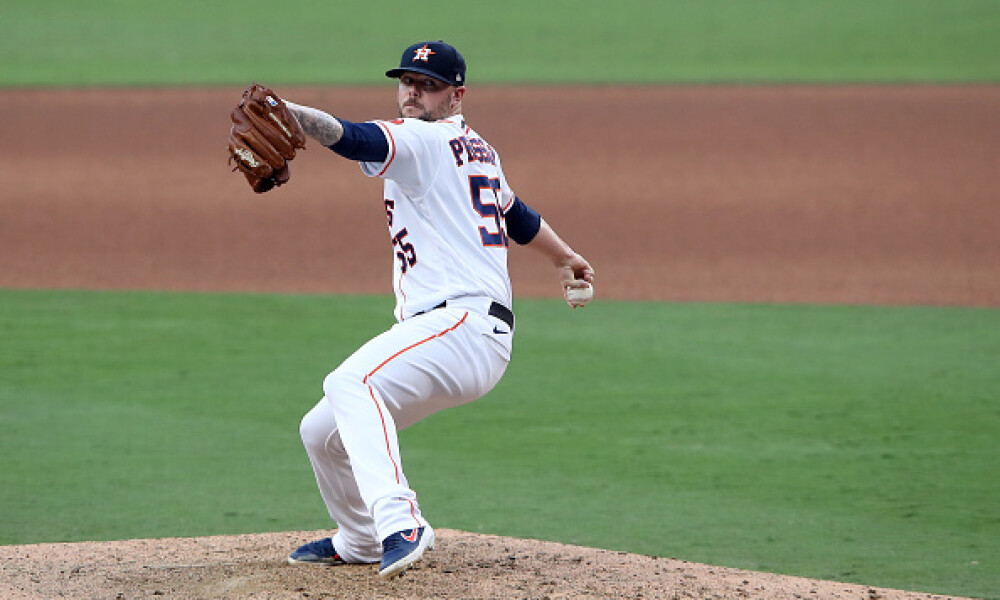 As is often the case, we fantasy managers have been met with a series highs and lows as we did our best in trying to manage our fantasy baseball closers this season. Closers like Matt Barnes and Alex Reyes, who at one point of the season seemed unstoppable, mysteriously fell into prolonged slumps and eventually lost their closer gigs. In Reyes’ case, if you utilized our closer grid, you would have known that Giovanny Gallegos was the Cardinals’ next man up. Gallegos has taken advantage of the Cards’ recent hot streak and saved 12 games over the past month.

By now you should know that fantasy managers can find closers to roster who can help them in the saves category. Rangers closer Joe Barlow has seven saves (third most in baseball) and a 2.61 ERA over the past month. Royals closer Scott Barlow (six saves, 1.80 ERA) and Marlins closer Dylan Floro (six saves, 2.45 ERA) have also been productive over the past month. Follow their progress next spring. You’ll probably be able to pick them up in the latter rounds of your 2022 fantasy baseball drafts.

If you’re in desperate need of saves this upcoming weekend the following teams are facing opponents who collectively have win percentages of .391 or below and have a good chance to provide save opportunities for their closers:

Cleveland, the Red Sox, the Blue Jays, the Reds, and the Rockies.

Monitor Astros closer Ryan Pressly’s progress this weekend. Manager Dusty Baker revealed that Pressly has been dealing with a minor knee issue that prevented him from pitching on Tuesday night. Baker downplayed the injury, but you never know. If Pressly is sidelined look for either Ryne Stanek or Kendall Graveman to get the opportunity to close out games this weekend.

Also, keep an eye out for Giants reliever Camilo Doval. He throws a 100-mph fastball and picked up saves on Tuesday and Wednesday. With Jake McGee on the IL Tyler Rogers is still considered the teams’ closer, but the Giants have shown that they have confidence in using Doval in high leverage situations.

If you’re looking for last minute holds on this last weekend of the fantasy baseball season, you’ll want to focus on middle relievers with a low ERA who pitch for teams whose starting pitchers don’t work deep into games. The Mariners, Cardinals, Twins, Rays, Dodgers, Yankees and the Tigers all have team bullpen ERAs under 3.00 and collectively have at least eight holds over the past two weeks.

Yankees reliever Jonathan Loáisiga was reinstated from the IL and looked good in relief for the Yanks on Wednesday night. Look for him to pitch in high leverage situations over the next few days. Lastly, Brewers elite setup man Devin Williams is a bonehead. He admitted to drunkenly punching a wall in his home after have a few drinks to celebrate the Brewers clinching the NL Central division title. According to Williams "I went out to have a few drinks and [at] my home I was a little frustrated, upset, and I punched a wall. That's how it happened."

That’s cute. I remember when I had my first beer.

Thanks for reading this column this season!