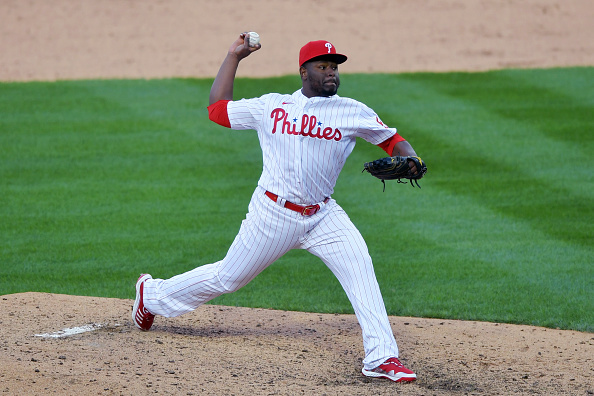 We’re just one week into the 2021 season, but with starting pitchers averaging only 4.9 IP per start, relief pitchers will play a big role in real life and fantasy baseball this year.

As this article is being written 30 different pitchers have at least one save this season. With more teams using a closer by committee approach an increasing number of fantasy baseball leagues are wisely utilizing a Saves + Holds category. As of yesterday (Wednesday), the Diamondbacks bullpen led the major leagues with seven holds and the Cubs and Astros bullpens had six each. Individually, Diamondbacks reliever Stefan Crichton and Rays reliever Pete Fairbanks lead MLB with three holds each.

Let’s try to make some sense among the chaos. With the closer carousel continuing to spin as Opening Day approached, we learned the following just before the season started:

The Phillies named Héctor Neris as their primary closer with RHP Archie Bradley and LHP José Alvarado having a setup role.

Alex Reyes opened the season as the Cardinals’ closer, with
Giovanny Gallegos and Jordan Hicks expected to work the seventh and eighth innings. Hicks, who reached 103.2 MPH in a scoreless inning of work on Wednesday, is the favorite to take over the closer’s role by the end of the season.

The Reds didn’t name a closer to start the season. RHP’s Amir Garrett , Lucas Sims , and LHP Sean Doolittle are expected to share the role.

Many of us drafted James Karinchak as if he were Cleveland’s closer, but they’ll use a committee approach to start the season with Nick Wittgren and Emmanuel Clase potentially getting save opportunities as well. Keep an eye on Clase. He throws a 100 MPH cutter, and his stuff is electric.

Trevor Rosenthal , the A’s expected closer, opened the season on the IL due to right shoulder inflammation. A’s beat writer Matt Kawahara expects Jake Diekman to be the team’s closer, with Sergio Romo earning save opportunities as well.

When Blue Jays manager Charlie Montoyo lost expected closer Kirby Yates for the season, he told reporters “I don’t see the need to have just one closer.” With the way Julian Merryweather has been pitching thus far, one closer has been plenty. Montoyo may still give Jordan Romano and Rafael Dolis opportunities to close out games, but Merryweather has generated 100% Whiff Rates on his slider and changeup. He’s pitched two scoreless innings and has notched two saves thus far. Merryweather is something special. 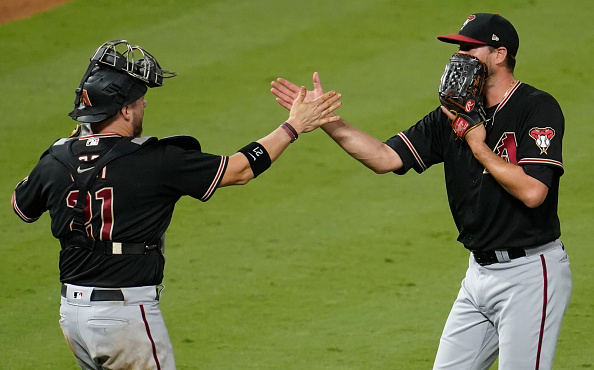 Manager Torrey Lovullo already planned on exploiting best matchups when it came to using his relievers in high leverage situations, but Joakim Soria hitting the IL with a calf injury gives him one less reliable option. He used Chris Devenski in the ninth inning on Sunday and Tuesday, but he’s been placed on the restricted list for personal, non-COVID related reasons. Look for Stefan Crichton (who had five saves last season), Kevin Ginkel and recent callup Matt Peacock to potentially pitch in save situations. Peacock is a sneaky option who features a sinking fastball that induces groundballs. He also throws a slider and changeup. According to Lovullo “he attacks the zone, he has three quality pitches, and he’s fearless.”

Brand Hand opened the 2021 season on the COVID-19 IL. It’s not known if he tested positive for the virus or is considered someone who came in close contact with the disease. If he tested positive, he would be eligible to return after spending ten days in quarantine. As a close contact he’d be able to return to the Nats after a week. Daniel Hudson and Tanner Rainey are expected to split the closer duties until Hand is eligible to return.

Even teams that aren’t expected to be competitive will win their share of games, and some of those wins will need to be saved. With Hunter Harvey slated to miss significant time due to a strained oblique many thought the Orioles’ closers job would belong to Tanner Scott . So far César Valdez has been the star of the Orioles’ bullpen. He’s pitched 4.1 scoreless innings this season and he’s won one game and saved two others. Ride him while he’s hot! 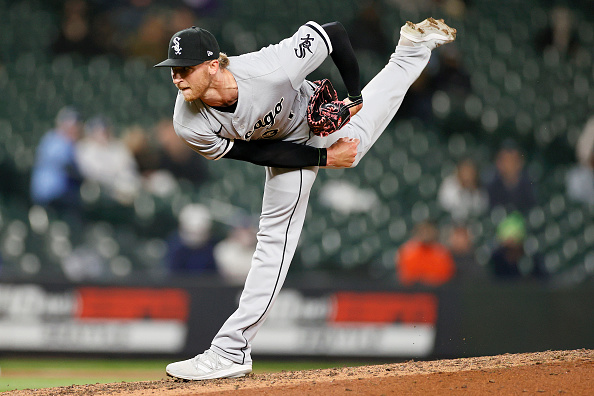 Kopech has made two multiple inning relief appearances thus far, striking out eight batters in four innings pitched. Kopech’s overall whiff rate is in the 98th percentile and his fastball has been topping out at 97 MPH. His slider has been literally unhittable (83.3% whiff rate). Eight strikeouts in one week as a reliever? Some starting pitchers won’t give you that kind of production.

Suter has been an effective starting pitcher for much of his career, but he’s been equally successful while pitching in middle relief. He’s already worked a total of 4.2 innings across two appearances and pitched to a 1.93 ERA and a 0.857 WHIP. Suter is a control pitcher who induces ground balls and keeps the ball in the ballpark. He’s capable of making a spot start or even joining the Brewers rotation should they need to replace one of their starters.

Puk is another pitcher who has been a starter for most of his career who will start the season as a middle reliever. He pitched 3.1 scoreless innings in his first appearance of the season. He walked three batters, but on the plus side his slider generated a 66.7% whiff rate and he struck out four batters. Injuries, including 2018 Tommy John surgery, have limited the former first round pick, but he’s got sensational stuff.

Keep An Eye On

Do yourself a favor and watch Sawamura pitch and check out the movement on his ball. He’s hasn’t given up a run in three appearances and he’s generated a 57.1% whiff rate on his slider. He’s struck out three batters and walked three batters in three innings pitched, but he has demonstrated good control throughout his career. In ten seasons in Japan’s Central League, he pitched to a 2.82 ERA and posted a 2.8 BB/9. Sawamura also has experience as a closer, having saved 73 games between the 2015 and 2016 seasons for the Yomiuri Giants.

If you've been a subscriber here at Fantasy Alarm, you've seen the Fantasy Baseball Closer Grid before. If you're new, it's very simple. We not only list who the closer is for each team, but we then go another two-deep into the bullpen to let you know who would be next in line to accrue saves should there be an injury or a change, as well as which relievers you may want to target if your league scores for holds. This isn't about how the teams' depth charts read always, so keep that in mind. Sometimes the heir-apparent is an obvious one, but in many cases it is not. We look for things like skill set, contact rates, pitch-command, pitch-mix, how many lefties are in the bullpen, who has worked as a closer before and who has the experience in high-leverage situation among other things. 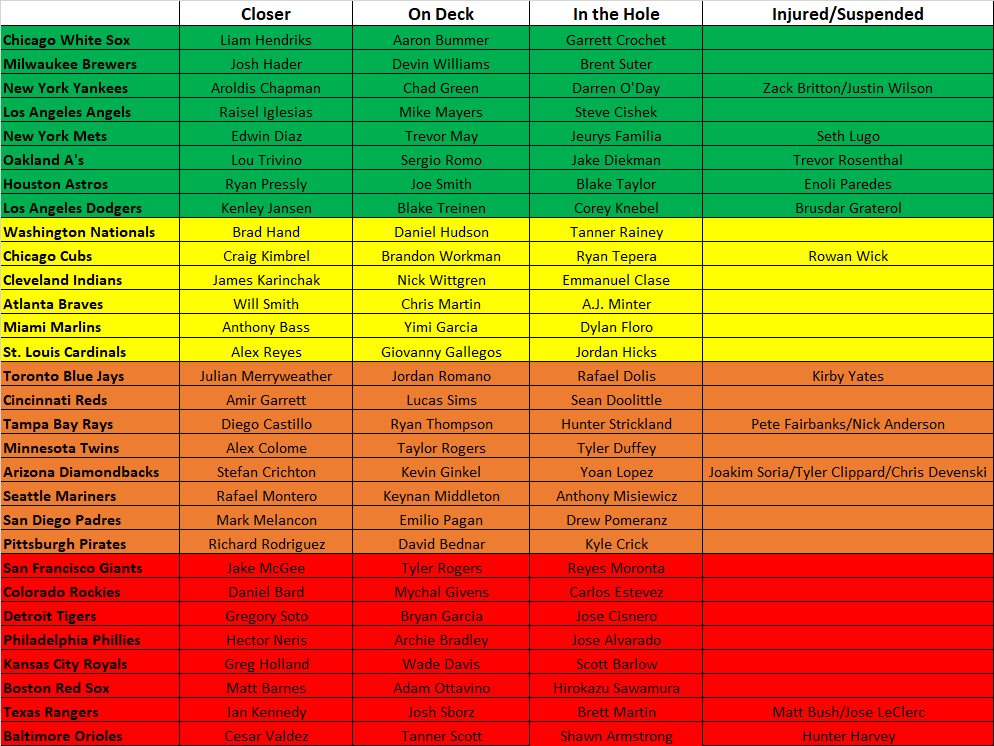