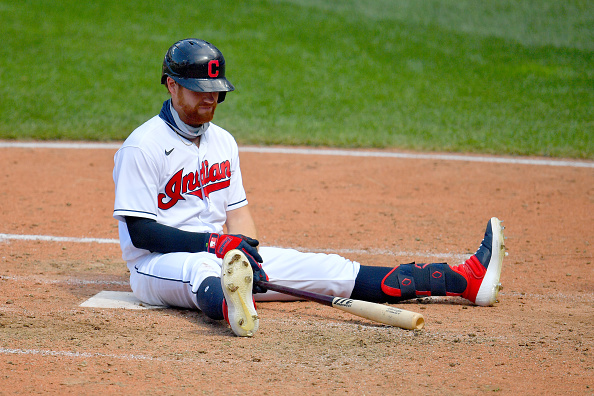 We say the same thing each and every year – there are more injuries this year than we’ve ever seen in past seasons. Three weeks in, we’ve probably heard it a dozen times already. I’m not sure as to whether or not the statement is actually true, but it sure feels like it, especially when you play in multiple leagues and are hit with them across the board. With every injury that hits your team, your heart sinks deeper and deeper.

When Ronald Acuna was removed from Sunday’s game and diagnosed with an abdominal strain, my heart sank even further than ever before. The pain was two-fold. Not only are we losing a top pick who was proving each and every day as to why he was a top pick, but any extended absence for him means we have to go to the waiver wire and search for another outfielder.

I mean…have you seen what’s out there on waivers in the outfield? It’s bleak. Like really bleak. Like I’m hoping to add Guillermo Heredia bleak.

When you look at the list of outfielders currently on the Injured Lists, you get a pretty good idea about how bad it might be. Eloy Jiménez is out for the year, George Springer has yet to play a game this season and as the season has progressed, we’ve added Christian Yelich , Teoscar Hernández , Kyle Lewis, Lorenzo Cain , Harrison Bader , Miguel Andújar , Cristian Pache, Dexter Fowler and more. Now, you look at that list and you think, “Well, Jimenez, Springer and Hernandez are a pretty big deal, but the rest are replaceable, right?” Right. But who are you replacing them with? 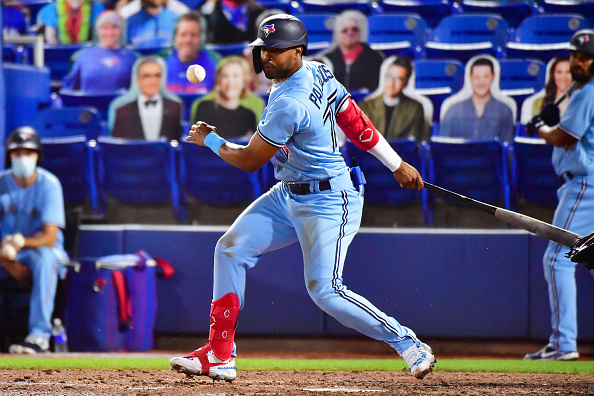 It doesn’t matter if you’re in a 12-team league or a 15-teamer, the outfield free agents list looks horrible. I honestly cannot remember the last time the position was this shallow. The outfielders acquired this week off of waivers included names like Heredia, Scott Schebler , Seth Brown, Josh Palacios, Justin Williams and Zach McKinstry. Any of these names ringing any bells? What about Jordan Luplow , Austin Slater , José Marmolejos (that’s fun to say!) or DJ Stewart ? Better make a manicure appointment because you’re really scraping the bottom of the barrel these days.

Even if you made it your business to attack the outfield early in your drafts, you’re probably still struggling as at least 15 of the 43 outfielders who were taken inside the top 200 picks, according to composite ADP numbers, are either currently on the IL or have missed a fair amount of time already. And the outfielders beyond those numbers? The majority of them are in some sort of a time-share within their respective teams.

So, what does this mean for the season? Full-time outfielders are like fantasy gold right now and they will be highly-coveted on the trade market. If you somehow have a surplus, get ready to raise your asking price. If you are looking for outfield help, understand “you gotta pay to play.”

The tricky part with that is you’re going to have to act fast because someone is going to panic and that person is going to make a bad trade to acquire outfield help. Figure out your surplus now and then start scouring the rosters in your league. Find your match and make your move.

One way you may be able to boost your outfield is to find some buy-low candidates who are sitting there with multi-position eligibility. Josh Rojas, Dylan Moore , Adam Frazier , Nick Solak and Chris Taylor all have both infield and outfield eligibility and none of them are tearing the cover off the ball. They won’t cost you nearly as much and they may be easier to acquire, especially if their owner is using them in the infield right now.

Marlins shortstop Jazz Chisolm was the hottest hitter in baseball over the past week, batting .450 with two home runs, five runs, four RBI and a stolen base. There is plenty to love about his game right now, but be wary of his strikeout rate which has already risen just a bit and could get even higher in the coming weeks. His numbers in the minors haven’t exactly screamed “strong plate discipline” and when a young hitter has success, he tends to get a little reckless in future at-bats. Not saying to dump him or bench him right now. Just be wary of chasing this past week’s stats.

Believe it or not, we actually saw some really nice stolen base numbers over this past week. Whit Merrifield and, surprisingly, Manny Machado each swiped four bags this week with Ramón Laureano and Eddie Rosario stealing three apiece. In total, 60 bases were stolen this past week, so if you’re looking to add steals, the teams with the most so far are San Diego, Kansas City, Texas, Miami and Oakland.