2018 MLB Prospect Report: Checking In On The Farm 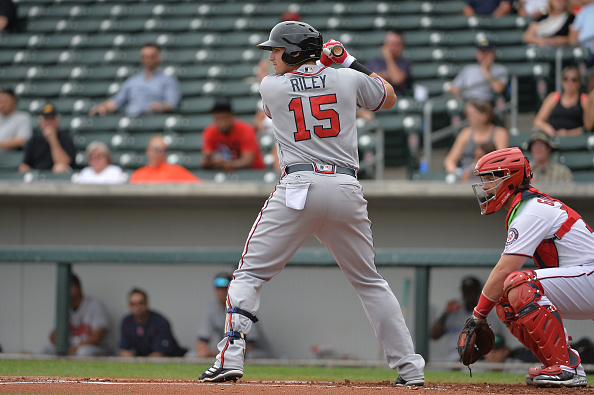 We are well into the season at this point and have talked about the up-and-comers at each position. There have been a fair number of prospects already called up this year from Ronald Acuña Jr. in Atlanta, to Juan Soto in D.C. to Gleyber Torres and Miguel Andujar in New York to Walker Buehler in L.A. and back to Mike Soroka in Atlanta. That’s just to name a few, that doesn’t count the few spot starters used around the majors like Shane Bieber in Cleveland and Dennis Santana in L.A. and others. There are still a ton of names down on the farm and we should check-in with them to see how they are progressing this season, and whether they stand a chance of seeing the bigs this year.

There has been a lot of talk floating around the Mets first base spot given the complete lack of offense they are getting from it. Adrián González , when he’s played, hasn’t been great and now with the call-up of Dominic Smith , it hasn’t really boosted the offense at all, and possibly hurt it in the small sample size Smith has played. Alonso has shown to be a better bat at first than Smith but Alonso is just further behind in the system. He was recently promoted to Triple-A Las Vegas and has played four games (16 ABs) so not a big enough sample to deduce anything, however at Double-A Binghamton he played 65 games this year and hit .314/.440/.573 with 15 homers, 52 RBI, 42 runs, and a .344 BABIP. If the Mets continue to struggle at first base, there’s nothing holding Alonso back to make his MLB debut later this summer. 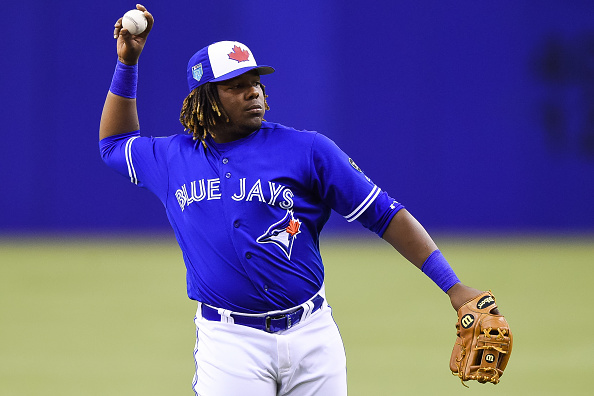 Apparently, Vlad Jr. thinks baseball is just a real-life video game. His numbers at Double-A New Hampshire are eye-popping to say the least. In 53 games he slashed .407/.457/.667 with 11 home runs, 55 RBI, 44 runs, and three steals and equal walk and K rates of 8.5% and 8.9% respectively. The hype machine is real with this guy and the Blue Jays would have had a problem on their hands with the fan base, had he not gotten hurt. Guerrero is dealing with a strained Patellar Tendon right now and will be out at least four weeks, going back to the second week of June, though they will be cautious with him. The Blue Jays are clearly out of the playoff hunt in the A.L. and there are rumors of Josh Donaldson (if he’s healthy) being traded near the deadline, which would clear the way for Guerrero to get the call.

The Braves system is known for the pitching depth but Riley represents the best position prospect in the system, now that Acuña is up with the Braves. Riley has seen time at both Double-A Mississippi and Triple-A Gwinnett this year spanning 53 games combined and a slash of .308/.369/.552 with 10 homers, 38 RBI, 27 runs, and one steal in that span. His only real issues at this point is the decent play of Johan Camargo and his K-rate which is a combined 29.7% this year, a sharp jump from years prior. If the Braves stay in the N.L. East hunt, it could force the Braves’ hand to promote Riley one more time this year.

Senzel was the talk of spring training after his great showing before being sent back to Triple-A Louisville and not breaking camp with the team. In 41 games with the Louisville Bats this season, he’s posted a .301/.370/.472 line with four homers, 22 RBI, 19 runs, and eight steals while playing all but one of those games at third, the other was at short. There was talk of moving their top prospect to shortstop since Eugenio Suárez was given an extension prior to the season, but then his injury made those plans be postponed. Now Senzel is dealing with a vertigo issue that has held him out since mid-May or so. There is still a question as to where Senzel will play because Suarez has been back for a couple of months. His is the most confusing path on this list.

Bichette, like Guerrero, has been tearing up Double-A New Hampshire this season, though not quite to the same extent. Bichette is slashing .279/.352/.434 with five homers, 51 runs, 34 RBI, and 23 steals in 68 games this season. His BABIP is .323 with a .353 wOBA so he is getting a bit unlucky. Short stop has been a bit of round robin for the Blue Jays this season with Aledmys Diaz , Giovanni Urshela, Yangervis Solarte , and even Russell Martin playing short while Troy Tulowitzki remains sidelined with an ankle injury. So they could clearly use the help up the middle and Bichette is the top option in the system, and one of the best in baseball. However the question is will he need to go to Triple-A first, or will the Jays hold him back for controllability given they won’t make the playoffs this year.

Sheffield had made nine starts combined this year between Double-A and Triple-A and now he’s made 12. The seven he’s had at Triple-A have produced a 1-2 record with a 3.03 ERA (3.26 FIP) and a 9.09 K/9 with a 4.41 BB/9 and a .198 BAA. The lefty has a nice three pitch mix that is workable in the middle of the rotation at the major league level but the question is when will he be there. The Yankees clearly need pitching help at the back of their rotation but have been cautious in using Sheffield as they have gone to Domingo Germán and Jonathan Loaisiga to fill that role. The southpaw is still just 22 years old so there is time to let him develop in the minors, but sooner rather than later New York will have to see what he can do in the bigs this year. 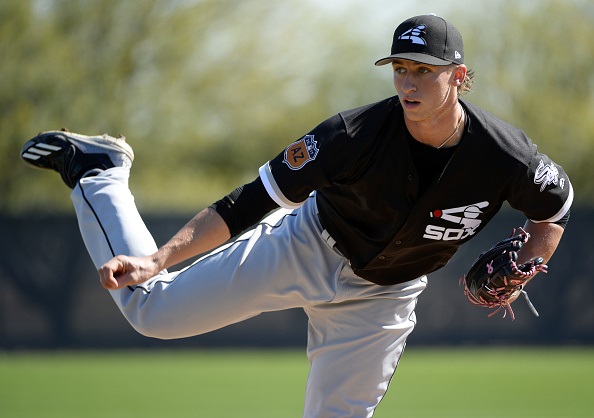 Kopech has been bandied about as a guy who could come up and help a struggling White Sox rotation, but his performance at Triple-A at the moment is leaving a lot to be desired. In 13 starts and 62.1 IP he is just 2-5 with a 5.20 ERA (3.98 FIP) with a very good 11.84 K/9 but a severe 6.06 BB/9 as well. His 1.44 WHIP is lower than you’d think given his propensity to walk batters but an opponent batting average of just .210 helps, though the BABIP is at .308. Everyone knows his fastball and the velocity and life that it has, however his arsenal doesn’t seem to be doing the trick right now for the Charlotte Knights. If he wants to come up this year, he will need to make big time adjustments on the mound and fix either his sequencing, delivery, or both to make the jump. He could just be looking at a shot in September though since Chicago is well out of playoff contention.

Beede is a name that has been around for a while but he finally made his big league debut earlier this year, only because the Giants were in a pinch, and his debut, like his year, didn’t go well. In two starts in San Fran he amassed an 0-1 record in 7.2 innings with an 8.22 ERA, 2.22 WHIP and a 9:8 K:BB ratio. At Triple-A Sacramento things aren’t going much better with a 3-8 record in 10 starts, 12 appearances, with a 7.10 ERA (6.64 FIP), 1.98 WHIP, 8.65 K/9, and 7.62 BB/9. None of those numbers are good, not a one. If he hopes to stick with the big league rotation, he may just need to take the front office’s advice and shrink his arsenal. Right now he throws a two-seam and four-seam fastball, curveball, changeup, cutter, and occasional slider which makes it hard to focus on controlling or commanding any one pitch really well. If he shrinks the arsenal to a fastball, slider, changeup mix he should be in good shape to be a number three type starter.

Lovelady hasn’t been talked about before by me, or much of anyone really, because he is relatively buried in the Royals farm system, which is pretty barren with no top-100 prospects at all. However he becomes important now because of the trade the Royals made on Monday with the Nationals to send Kelvin Herrera to D.C. and thus leave themselves without a closer. The Royals drafted Lovelady out of Kennesaw State in the 2016 draft in the 10th round (313 overall) but since turning pro, the southpaw has been dominant. In his first two seasons he reached Double-A and posted a combined 1.67 ERA over 91.2 IP with a double-digit K/9 as well. His fastball sits 93-97 but the low arm slot adds run and life to it and his mid-80s slider is a weapon against righties and lefties alike. So far in 2018 he has thrown 36 innings at Triple-A Omaha with a 3.75 ERA, 8.75 K/9, and 3.50 BB/9 with a 2-1 record and two saves (his total in his career is 21). So there has been some regression there but, the Royals bullpen is abysmal and without anyone with any closing experience, it might not be long until Lovelady gets the call to Kansas City where his career 58.2% GB-rate should play well.