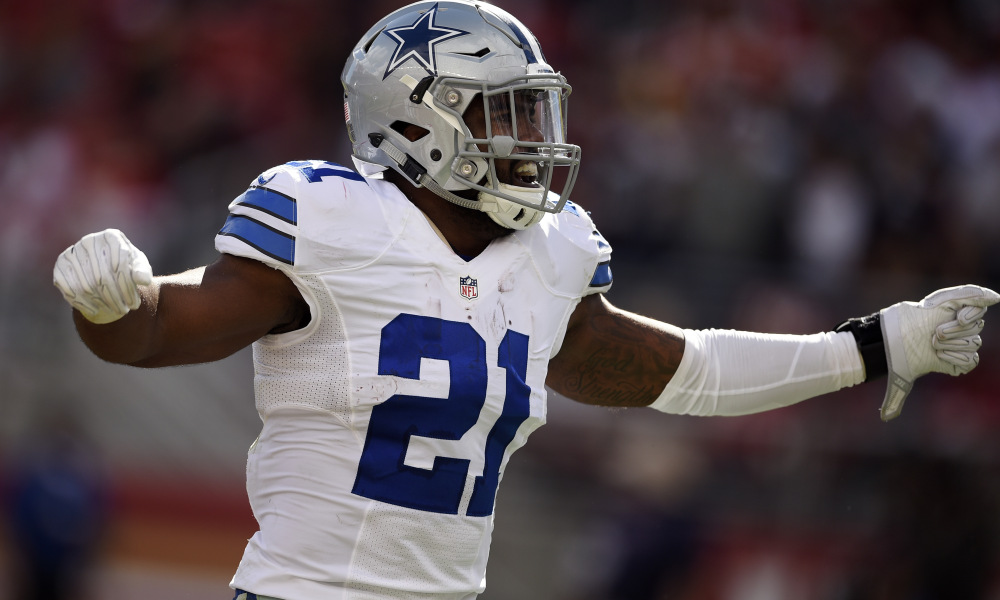 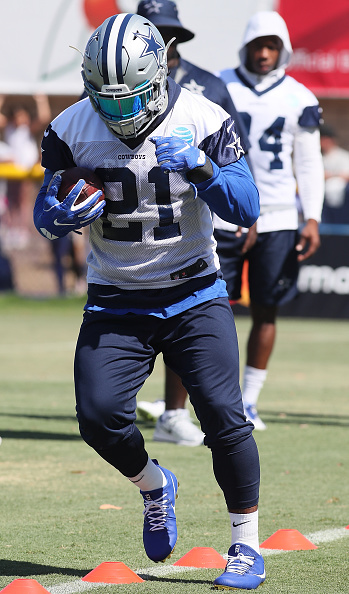 allegations. Over the weekend Howard Bender broke down the suspension and how you should approach drafting Zeke as well as the Cowboys backfield.

Previously in this piece the Dallas backfield was mentioned as a potential handcuff. Prior to the suspension, you could get Zeke and McFadden for a first-rounder and maybe a 10th- or 11th-rounder. That certainly isn’t the case right now. A lot of people speculated that Elliott could get a two-game suspension, maybe even a four-game suspension. But the NFL laid down the law with this one and punished him hard with a six-game suspension to let the entire league know it’s not going to botch domestic violence suspensions anymore.

For fantasy purposes where can you take Zeke? Honestly if the six game suspension holds up you can still take him in the fourth round. You won’t get him back until Week 8 after the six games he has to miss and then you account for the Week 7 bye week. If you tread water for the first seven weeks and manage to go 3-4 you should feel pretty good about your chances knowing you have a top-three running back coming back. If the suspension is reduced to four games, Zeke should be going in the second or third rounds.

You can find value to fill the void the first few weeks and there are plenty of RBs going later in the draft that can get you through the first few weeks. More on that in a bit. The point is that the best drafters and waiver wire warriors can get by without Zeke starting the first few weeks. You can win your league in a variety of ways, but you shouldn’t be afraid to take Zeke in rounds earlier than where experts are saying he should go.

Obviously Darren McFadden and Alfred Morris are two guys that make the most sense as they’re the easy handcuffs in Dallas. This is an instant RB battle that’ll be worth keeping an eye on. Don’t take away too much from the first preseason game. Alf got five touches and only rushed for 11 yards while McFadden got six carries for 28 yards. They each managed to haul in a catch, but it’s worth noting that McFadden had four targets compared to Morris’ lone target this past Saturday night. Both their ADPs will steadily climb over the next couple weeks and if you do manage to draft Elliott, you’ll need to target one, if not both of them. Hopefully one breaks away from the other and becomes the clear-cut handcuff just in time for most drafts. Be ready to invest two of your first seven picks in the Dallas backfield if this is a route you choose. 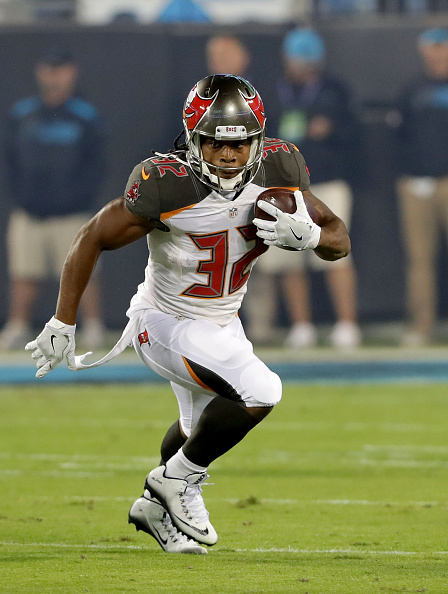 The Tampa Bay backfield is one to target if you draft Elliott in your league this year. Yes, the Bucs RBs have been written about ad nauseam in the weekly running back pieces, but they’re still being under-drafted in almost all formats and Charles Sims and Jacquizz Rodgers will benefit greatly from Doug Martin’s absence for the first three games of the year. Don’t rule out Jeremy McNichols, or as viewers of Hard Knocks will know him as, Jeremy McWeapon. Rodgers is likely the guy they feed the most for three games based on his success when Martin missed time last year, but don’t sleep on Sims or McWeapon. Even the suspended one himself, Doug Martin, is in play once he returns.

There are some guys whose stock is on the rise that you could grab a few rounds after Elliott. Thomas Rawls is a guy that you could get maybe in the 10th- or 11th-round but if he keeps getting first-team reps with the Seahawks you’ll need to reach a little bit for him. Especially considering the news that Rawls looks like the player he was a couple years ago when he had his breakout season with Marshawn Lynch getting hurt. Jeremy Hill’s stock is slowly rising even though he could lose a lot of work to rookie Joe Mixon. The Bengals may feel obligated to give Hill an opportunity due to the fact he’s a veteran and Mixon is a rookie, but he’s not as good of a player to draft late as Rawls is.

Don’t sleep on rookies either. There are guys going very late like Jamaal Williams and Marlon Mack that could earn more reps and touches as training camp progresses. Williams was one of the many running backs the Packers drafted this year and he’ll be looking to cut into the production of Ty Montgomery. Mack could be the running back of the future as Frank Gore will indeed eventually lose his battle to father time. There’s little to go off of right now for both guys. Williams only touched the ball four times in his first preseason game while Mack sat out with a shoulder injury. The rookies are more of a gamble, but Williams could be the safer bet considering he plays behind a better offensive line.

The road to Zeke playing is long and arduous, but it’s a suspension he’s brought upon himself. Fantasy owners should be able to do enough to get by and if you can put yourself in a position to make the playoffs once he returns you’ll be in great shape for a championship.