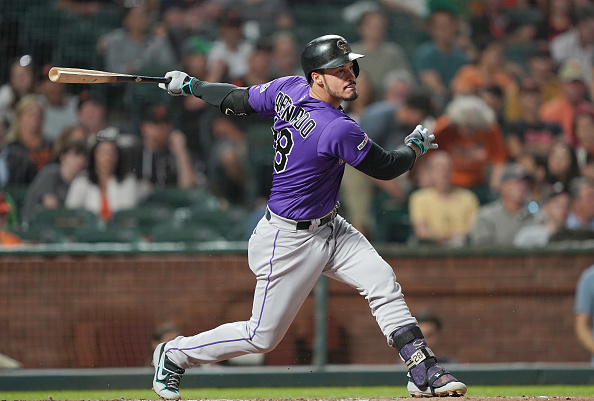 In an effort to recap players with fantasy interest on each team, along with an eye on their future, Fantasy Alarm will cover each division in the Wraparound with fantasy tidbits on players from each team along with some to track as sleepers as 2020 preparation begins. Starting with this column on the National League West.

Arizona stayed in the playoff race for much longer than many anticipated. They made some savvy deals at the deadline trading Zack Greinke for prospects, and picking up Zac Gallen from the Marlins to fill-in the spot in the rotation. Questions linger if the team will deal Robbie Ray this offseason and how many innings can Luke Weaver and Taijuan Walker log, but it could be fun to figure out. There’s many moving pieces here but some with very intriguing fantasy futures in 2020.

Targeting Rockies hitters usually proves rewarding, but the starting pitching and relievers tanked this season. Not sure if the team will invest in a rebuild or try to retool in order to compete. There seems to be no direction with ownership and how it invests money, so your guess will be as good as anyone’s. At least there’s Nolan Arenado , right? Oh, and Trevor Story too.

It was another National League West title met with postseason disappointment. With a rotation in flux but pieces in place to step in, will Los Angeles add to its bullpen and rotation in the off-season? Health and roster construction could determine the Dodgers ceiling for 2020 with a limited window as the Padres farm system develops. Stay tuned.

Made a splash signing Manny Macahdo, own the most decorated farm system, and will enter the free agent market looking to sign a front line starting pitcher. Could Stephen Strasburg cash in his World Series title and head home to San Diego? Plus, will the team trade Kirby Yates selling high on his breakout? Last, do not sleep on the Chris Paddack breakout, he’s definitely relentless.

With the roster under construction, the Giants face tough decisions on whether to try and resign fan favorite Madison Bumgarner . Will Smith also enters free agency with many teams desperate for a reliable closing option. Targeting San Francisco hitters can be tough in fantasy. Case in point, last year, the Giants averaged 5.02 runs on the road versus 3.35 runs in home games. This 1.67 run difference represents the fifth largest by any team since 1920 (Stats LLC.).

This concludes the Wraparound series but only sets the barometer for off-season coverage. Free agency will be covered in detail along with the Winter Meetings. Player profiles will start soon with an eye on 2020. Be sure to stay with Fantasy Alarm in order to remain ahead of the competition across all fantasy formats.