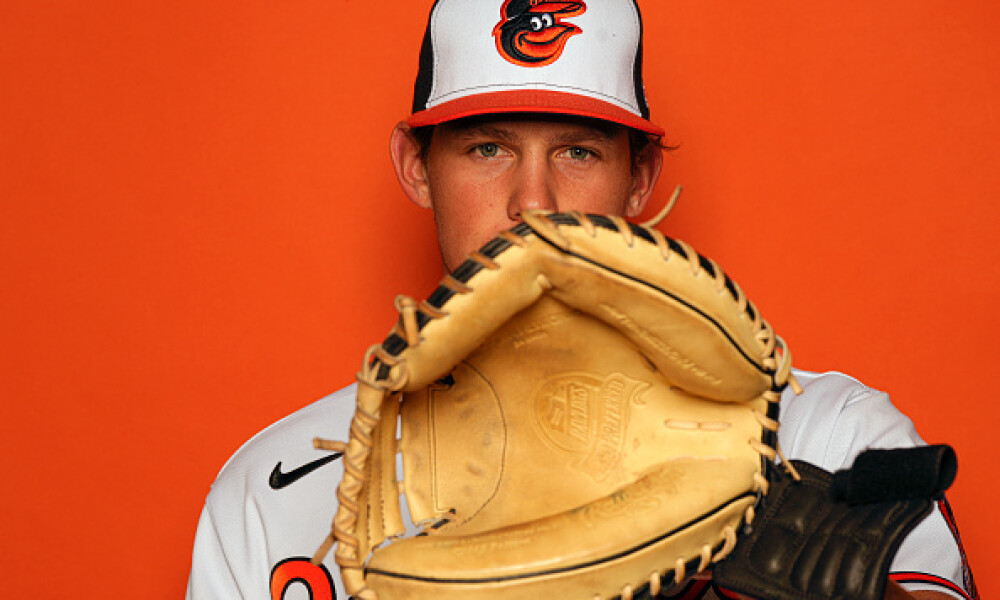 How is your 2022 fantasy baseball season going? Are your late-round sleepers coming through? Did you nail the early-season breakout candidates? Are you struggling with daily injuries ? If that’s the case be sure to check out the MLB Injury Report from Ryan Hallam and our MLB Daily Lineups. Fantasy baseball requires plenty of diligence and patience with the waiver wire. But don’t be too cavalier with your roster moves. Do you find yourself constantly dropping players you just added only to grab a hitter who has been hot the past three games? There might be an ointment to cure that. Fantasy baseball and fantasy football can be tricky if you’re in a league that doesn’t see a lot of trade activity. And that’s disappointing because that’s wildly boring. If you’re reliant on just your league’s draft and the free agent pool then you need to be sure you’re hitting on the right players. It’s not an exact science, but as the 2022 MLB season gets closer to the summer we will continue to monitor the top MLB prospects that may be coming up the MLB pipeline. We’ll have plenty of updates regarding injuries, and how you can fill out your roster with weekly streamers at the starting pitcher position. If you’ve struggled so far, take a deep breath in and exhale. We’ve got your back to right this ship.

I won’t try to ride Ray’s coattails, but he made a great call recommending Alek Thomas earlier this week in the last Waiver Wire article. For what it’s worth, I think all those players are still viable pickups including Thomas and George Kirby, who we’ll touch on once again shortly. But Thomas has taken the league by storm and he’s still available in about half of all CBS Sports leagues and about 85% of ESPN leagues. Thomas received Friday night off, but in his first four games he hasn’t disappointed. He’s for 5-for-13 with a home run, two doubles, four runs scored, and three RBI. He will come with some growing pains, but he’s been on a tear so far this week.

Don’t look now but the Cincinnati Reds have won six of their last eight games. They still sit at 9-24 which is incredibly unfortunate, but Tommy Pham is someone I’ve stashed for depth in a couple leagues and I do think it can pay off. Pham went 0-for-3 Friday night against Pittsburgh, but he did draw two walks which marks his eighth straight game drawing a walk and 12th-straight game reaching base. He’s only hitting .245 but he boasts a .360 OBP which is evident by his 15.2% walk rate, which is top ten in all of baseball. He’s scored 21 runs in 31 games and as it warms up in Cincinnati and that ballpark becomes more hitter friendly, he will flash more power. He’s been hitting the ball incredibly hard so just be patient and reap the rewards when they do come. Keep in mind, Ray wrote up Brandon Drury, another Cincinnati Reds player, in the previous Waiver Wire piece and he’s a player who has started to see his ownership spike this week. He’s a fine waiver acquisition as well if you need a player with more positional eligibility.

A few weeks ago I did a Player Spotlight on the Orioles top prospect. The tools are all there. He can field, hit for power, call a game, etc. On paper he’s the best catching prospect we’ve seen in quite some time. Orioles general manager Mike Elias has basically said he will be brought up this season, it was just a matter of when Adley Rutschman was ready. That Player Spotlight piece was published less than two weeks ago when Rutschman was in Class-A. He’s now moved up to Triple-A and hit his first home run of the season on Thursday and followed it up with a 2-for-4 performance on Friday. It’s possible the O’s put forth an effort to manipulate his service time, but he’s ready and available in almost 70% of ESPN leagues.

Let’s mix in an infielder since this section is pretty heavy with outfielders. Since April 27th, Andrés Giménez is hitting .370/.383/.587 entering Friday’s game against the Twins. He’s not the most disciplined hitter and won’t draw significant walks. But he has six multi-hit games in that span with six extra base hits. The batting average will likely regress and if he completely cools off then you don’t need to remain too committed to him. But he has modest power and some great speed on the base path if you need help with steals.

I’m not a huge believer in Manuel Margot, but I do believe in striking while the iron is hot. Margot missed two games earlier this week with a hamstring injury, but returned Friday going 1-for-3 with a RBI and walk. Prior to the mild injury he went yard in three straight games last weekend and he’s been more active on the base path with four swipes since last Thursday. If they continue to hit him at the top of the order he could have some legitimate fantasy value.

I don’t think Harrison Bader is a must-add, but he does aid in a variety of counting stats for roto and head-to-head category leagues. He’s scored 17 runs in 30 games entering Friday’s action against San Francisco. Additionally, he is tied for fourth in the league with seven stolen bases. He doesn’t have a ton of power, but he can get the occasional home run here and there. But he gets regular playing time and looks to steal when he does get on base.

I won’t go as high with the FAAB recommendation as Ray did earlier in the week for George Kirby. I don’t want to commit that much FAAB this early in the season on a rookie pitcher. But he’s worth a sizable bid for sure. He didn’t get the win in his debut but against a good team in the Rays, he tossed six innings of scoreless baseball with seven strikeouts and just four hits allowed. He induced 15 swinging strikes on just 81 pitches. We heard all about his command as he was on his way up, but it was on full display earlier this week. Let’s see how he fares against the Mets on the road on Saturday.

David Bednar is pulling away from Chris Stratton in the closer race out in Pittsburgh. Bednar has three saves since May 4th with a 1.15 ERA and the Bucs even feel comfortable allowing him to get more than three outs to close out the game. It’s been almost three weeks since Stratton registered a save and his ERA now sits at 6.17 after a rough outing against the Dodgers on Wednesday. The Pirates may not find themselves in many winning situations but saves carry weight in several leagues and Bednar is available in 40-60% of leagues depending on the site you play on.

It seems like it’s becoming an annual tradition of debating whether Tony Gonsolin is worth picking up. Most fantasy managers might agree since his rostership numbers have been creeping up in recent weeks. The good is that through 27 innings Gonsolin has allowed just one home run and he has a 1.33 ERA. But he is due for some regression evidenced by his 3.46 FIP and 4.16 xFIP. It’s likely due to the fact he’s allowing 4.33 BB/9 (not good) and less than a strikeout per inning (also not good). Here’s the good news, he’s a two-start pitcher next week against the Diamondbacks and then the Phillies. Both are fairly winnable matchups and he could rack up plenty of stats for your roster. This waiver acquisition is not without risk though.

It was a rough start to his campaign with the Toronto Blue Jays, but Yusei Kikuchi may have figured things out in his last two starts against the Yankees. In those two outings he worked 11.1 innings, struck out 14, and gave up five hits, three walks, and three earned runs. His schedule has been brutal to start the year. He’s faced the Yankees three times, the Astros twice, and the Red Sox. This week he gets a pair of starts at home against Seattle and Cincinnati, so if you don’t like Gonsolin as much, I don’t mind pivoting to Kikuchi if he’s available.

Here’s yet another risky waiver option. He won’t get two starts next week, but you can use him Sunday against Boston and then make your own decision about Friday’s matchup against Houston. Martín Pérez does not rack up the strikeouts and he is prone to getting blown up every now and then. But he has four straight quality starts against the likes of the Royals, Phillies, Astros, and Athletics and he’s yet to allow a home run. I don’t hate the play from the perspective that he could lower your ERA and WHIP, but it’s also not a guarantee. But he’s done well keeping opposing hitters in check and he’s allowed one or fewer walks in four of his six starts this year.