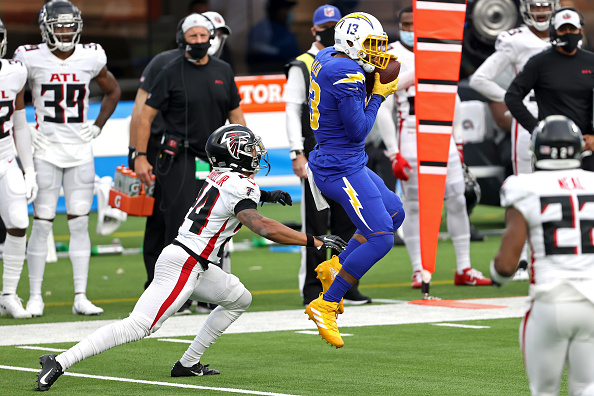 Welcome back to the Fantasy Alarm Early NFL Injury Report as we head into Week 15 of the season! If you have made it this far in your season-long leagues, you likely are in the playoffs and CONGRATS! If you are just here to keep an eye on injuries for daily fantasy or what-not, that’s great, also! Let’s see who we should be keeping an eye on this week! 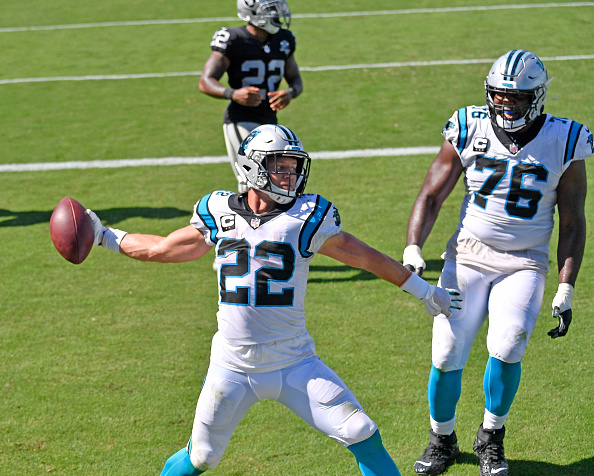 After missing last week for another absence of McCaffrey since Week 9 of the NFL Season, there is optimism out of the coaching staff for the Panthers that he will be able to take the field the first chance the Panthers have to practice this week on Tuesday. This practice report could be a key indicator in the reality of if CMC will have a shot at taking the field for the Panthers Week 15 match against the Packers in Green Bay or not on Saturday. We will keep an eye out to see if CMC was able to retake the practice field in prep for this week’s game and report back on Friday.

Allen was listed as a non-participant for the Chargers first practice session of Week 15 in preparation for their upcoming match with the Raiders on Thursday night. That is the bad news, is that this game will be played on Thursday, meaning that Allen only has a couple more days to show some improvement, and this could likely be a precautionary sit for Allen as the team allows him to recover for an extra say since it is a short week. This was just a practice “estimate” that was conducted as well, so it wasn’t a physical sighting or not. We will hope to have a better practice report after Tuesday’s practice session.

It seems that Ekeler is also dealing with an injury sustained in the Chargers Week 14 tilt against the Falcons. He also was listed as a “non-participant” in the estimated practice conducted by the team on Monday. This doesn’t bode well for either Ekeler or Allen heading into a short week, but it doesn’t exactly mean they wont play. They have a couple of days to make a showing at practice, and ultimately this could all just be precautionary extra resting/healing/recovery time with the short week. We will most definitely keep an eye on the Charger’s practice reports this week.

After missing last week’s game against the Chargers, Jones has yet to have a new report detailing the severity of his hamstring injury for the Falcons Week 15 game against the Buccaneers at home. Seeing as how Head Coach Raheem Morris ruled Jones out on Thursday of last week before their Week 14 game, this does speak some substance into how severe this hamstring injury can be. Hopefully, the extra time off has helped aid in the recovery for Julio, and this could have been what he needed to get fully-healthy, or close to as they approach this week’s game. We will look to report back on Jones’ status, if any, on Friday.

Gibson missed his first full game on Sunday as the Football Team went into San Francisco and beat the Niners on the road. It has yet been reported or deemed if Gibson was available for a practice session on Monday being the first day for preparation for the Football Team as they get ready to play host to the Seahawks in Week 15. We will continue to monitor the practice reports on Gibson, and hope he is available to make a return after missing just one full game last week.

It was reported that Ronald Jones II will undergo surgery on Tuesday of this week to repair his broken pinky finger that was sustained in the Buccaneers Week 14 win over the Vikings. It has yet to be deemed if this will have any bearing on Jones’ availability pertaining to the Buccaneers upcoming match against the Falcons on Sunday.  Hopefully, we will have a more concrete report to provide on Jones on Friday as we head into the weekend.

It appears that Cooks is still having some issues with the foot and neck injuries that excluded him from the Texan’s loss to the Bears last Sunday. The reports out of Houston are stating that Cooks will continue to be evaluated all week in preparation for the Texans upcoming clash against the Colts in Indy. Interim Head Coach Romeo Crennell seems to think that Cooks will have a legitimate shot at suiting up against the Colts as long as he can continue to resume practicing this week. We will look to keep an eye on the practice reports for the Texans during the week and report back on his status on Friday.

It is being reported that Parker was dealt a hamstring injury during the Dolphins Week 14 loss to the Chiefs this past Sunday. He was forced to leave that game early due to the injury and never returned to the game, which will make his status heading into the Dolphins Week 15 game against the Patriots a bit murky as we start the week of prep. At the current moment, his status has yet to be deemed anything other than undecided as the Dolphins do not plan to meet for practice until Wednesday. A status to keep an eye on, and we will look to report a clearer status on Friday’s report. 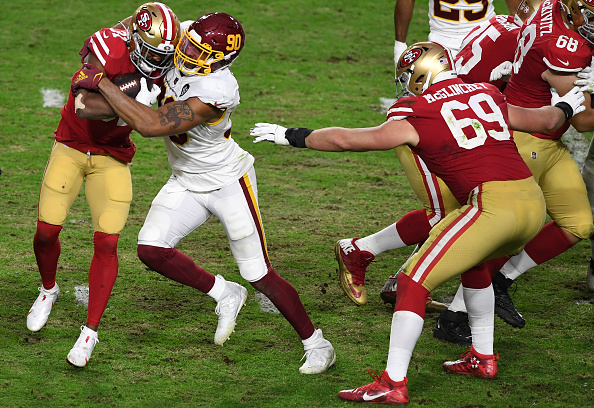 Once again, for what feels like multiple times this season, Mostert is dealing with yet another injury that has his status for not only Week 15 up in the air at the current moment, but also maybe for an extended period of time. The Niners plan to do a bit more testing and further imaging as well in order to determine the seriousness of the injury for Mostert. Head Coach Kyle Shanahan told reporters that the coaching staff should know more about Mostert’s injury status on Wednesday of  this week.

Harris was forced out of the Patriots Week 14 tilt against the Rams with what is being reported as a back injury. Harris was picking up a blitz on a passing down in this game and sustained the back injury, which forced him to exit the game and he did not return. It has yet to be reported this week on how he is doing with the injury, nor the severity of the issue at hand. We will look to keep an eye on Patriots practice reports this week and report back on Friday. In the event that Harris cannot go for the Patriots Week 15 showdown against the Dolphins, look for Sony Michel to regain a significant role in the Patriots backfield.

If you have not seen the reports on Gesicki yet, it is being reported that he will likely miss one game at the minimum after sustaining a shoulder injury in the Dolphins loss to the Chiefs on Sunday. Gesicki took the injury in the fourth quarter of this game, and as a result was not able to return to the playing field afterwards leaving in lots of pain. With that said, if you are a Gesicki fantasy backer, may way to devise that waiver plan to back him up this week!

It has been reported that after an MRI for Stafford, he has been diagnosed with a “rib cartilage injury.” This diagnosis has now left Stafford with a bit of a murky, and cloudy status heading into the Lions Week 15 game against the Titans on Sunday. Stafford was removed from the Lions Week 14 loss to the Packers late in the fourth quarter due to his pain in his side, which turned out to be this injury at hand. The good news here is that the X-rays did come back clean on Stafford, but the Lions aren’t exactly “optimistic about his chances of playing in the Lion’s upcoming game. We will continue to monitor his status this week heading into the weekend.