Sean Mitchell gives you his top plays and strategies for your lineup builds for Saturday's four-match CSGO slate. 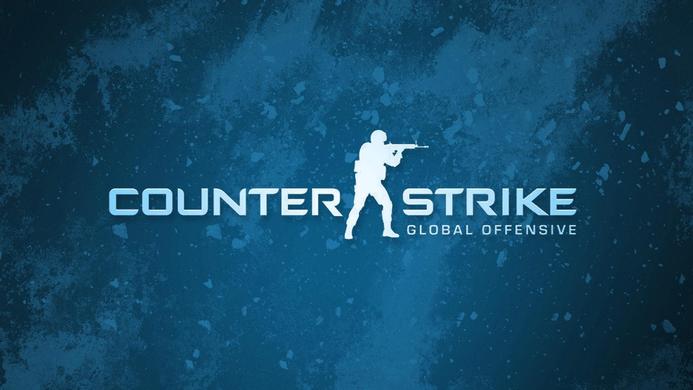 What’s up, FAnation! We are back on this wonderful Saturday for another 4-game Road to Rio slate beginning at 12:30 PM ET! Let’s get straight to the action.

Complexity and Dignitas both are vying for the last and next to last seeds in Group A for the Road to Rio round-robbin play at the current moment with just one match win a piece. They have both lost five of their six matches and are -48 and -49 in round differential. Per the betting odds, the books are favoring Complexity slightly, as they are laying 1.8-to-1 to win this match. To be quite honest, I don’t believe Complexity should be a favorite over any team in this event. Complexity has won a few confidence building matches over their last day or two against some sub-par teams in Salamander, Nodavind, and FATE, which all were 2-0 sweeps, but these teams are far less-talented teams than Dignitas. DIG is fresh off an 0-2 sweep at the hands of Astralis but were winners in their prior two matches before this, with one being a 2-0 sweep over North, a team that 2-0 swept Fnatic. I really like Dignitas chances in this match as an under-dog.

Let’s talk some maps. The first picks for these two squads lately have been Nuke for DIG, who are on a 4-game map win streak there also, and Mirage for Complexity, who are winning 70% of their last 16 tries there. Only bad news for Complexity is that Mirage has been the first ban map of DIG at almost 75% clip. The first ban for Complexity has been Vertigo. To be quite honest, the remaining maps do not exactly favor one team or the other, as both teams have not won very many matches, but I will say that Nuke will be a map played here, and both teams are winning Nuke around 60% lately. That will be the kicker map I think, whoever wins Nuke should win this match. Only other map that has a distinct favor is Dust2 for Complexity, as DIG has lost four straight there and have only won 22% of their last 9 tries. I think this match could easily go three maps. Let’s talk player options.

I figured Heretics would be the dog in this match, and that is exactly what I wanted. I really like Heretics in this match up. They have been causing havoc for some really good teams so far in this Road to Rio event, and they are actually quite good. Took NiP the full distance in their last match and had to postpone their last map because of connectivity issues. They won the first map with NiP coming back for the 2nd, and if they had continued to play without connection issues, I’d say they would have had a legit shot at winning map 3. Vitality’s success relies on above average play from one man, and that is ZywOo. If he is not playing well, they are not going to win this match, or even have a chance to. Per the betting odds however, the books are favoring Vitality as a -155 favorite to win today. We can’t really discount Vitality as much as I am saying, as they have won matches against Fnatic, Dignitas, and Complexity lately. That’s quite a couple of decent wins to hang their hat on to be honest. For this event, both of these teams have won three matches, but the round differential will show you that Heretics have literally been on the cusp of being 5-1 or so in this event. Heretics round differential sits at a pretty decent and modest -1, which if you are reading you are like dude its negative. Yea, but Vitality’s is -19 and have wont three matches, meaning that when they lose maps, they are likely getting torched on those maps. Heretics are fourth in Group A in round differential, and the only three teams above them? NiP, Astralis, and Fnatic. So, use that info as you will. Let’s talk maps.

The first picks for these two squads have been Inferno for Heretics (favors them in this match up), and Nuke for Vitality, which also favors Heretics, as they have won roughly 80% of their last 14 tries there, compared to Vitality only winning half of their last 14 there. Both teams are banning Train roughly 85-100% of the time, so we can throw that one out for sure, and the next highest percentage banned lately is Overpass. I could see Nuke and Inferno being map picks. In which I could see Vitality stealing Inferno, but Nuke should be Heretics. Dust2 favors Heretics, Vertigo is split, Mirage favors Vitality. This should be an interesting match to say the least, but I think Heretics could be my favorite stack on this slate. Let’s talk players.

Both of these teams have been on quite the roll lately, as ENCE has won all five of its prior matches, and Astralis as one four of five with their only loss being to World-class foe, Fnatic. ENCE currently sits in the 5th seed for Group A play so far winning three of their six matches in the Road to Rio. They also sit with a -10 round differential. Astralis is looking at an upper-bracket birth as they are sitting as the number 2 seed at the moment behing NiP in Group A play, with a +54 round differential. Astralis is very good, and not just saying this because they are ranked 1st in the World, I’ve been saying it for a while now. This team is so well put together, very tactical, know the map strategies down to a science as well. This is likely why the bookmakers have made them a -460 favorite to win this match as well. Also, the Under 2.5 maps is -180, so that shows how much confidence the books have in ENCE winning at least one map. I don’t believe it is that likely as well. These two are pretty familiar with each other however, as they have faced off once already in 2020 in the ESP Pro League, where Astralis was pushed to a third map, winning with a final 2-1 result. The map they lost? Inferno 16-14. ENCE got one win out of their last four prior matches, and it just so happened to be a 2-0 sweep, but Astralis has also swept them in two of the three wins. Let’s talk maps.

The first picks for these squads lately have been Mirage for ENCE, in which has been good to them, but is also the first ban of Astralis, so can likely throw that one out. The first map pick for Astralis has been Nuke, which favors them well above ENCE (25% wins in their last 8) as well. ENCE is banning Vertigo roughly 97% of the time, so we can scratch that one as well. I can see Astralis going with Nuke, and ENCE going with Train. Train is their only shot to win a map here, as they have won 71% of their last seven tries there, but Astralis has won roughly five of their last nine there as well, so won’t be a walk in the park at all. Every other map favors Astralis. Let’s talk players.

Oh boy, did they save the best for last here. This is going to be the heavy-weight main event match of the slate right here. As this match could literally either way. These two teams sit in the one-seed and three-seed for Group A play at the moment, and its NiP who sits at the top currently. Fnatic will definitely be looking to win this match to climb into contention for the 1-2 seeds for the upper-bracket. NiP has won five of their six in this event so far, and have a +66-round differential, which is tops for both groups so far in the event. Fnatic sit in 3rd and have lost some really questionable matches so far as well, as they have only won three of their six played. They sit with a +7 round differential and will look to get things back to normal today, but the task at hand will not be an easy one. NiP is an up-and-coming set of young guns that have been just playing lights out really. Heretics stole map one from them last match they played, and it was all over once the 2nd map started as NiP rolled them 16-4, and then easily won the 3rd map as well. The bookmakers actually have Fnatic favored here today as a -180 favorite. This is quite interesting, as I extremely feel this match is more evenly matched than almost a 2-to-1 clip. Think there is some serious value on NiP at +150ish. The total maps odds are set at Over 2.5 -110, and Under 2.5 -120. So, favoring a 2-0 sweep, and by Fnatic? I really don’t think they know who will win this match to be quite honest. These two teams have faced off twice in recent memory. Both matches going to Fnatic, including a major win over NiP in the ESL Pro League last month. In NiP only win, they won Overpass by a 16-2 final. However, Fnatic returned the favor as they won the next two maps by a 32-10 score. Both matches however, went the full distance and had three maps. This match is so interesting, and I cannot wait to watch it to be quite honest. I feel like NiP has been playing so damn well in this tournament and they are out to prove something, but Fnatic has had their number lately. I could easily see this one going three maps for the third time. Let’s talk maps.

The first map picks for these two have been Inferno for Fnatic, which both are winning around 70% of the time lately, and Vertigo for NiP, which has been Fnatic’s first ban pick lately at around 35%. NiP has banned Dust2 95% of the time lately, and this would be doing a huge service to Fnatic, who have lost 5-straight maps on Dust2 recently. Looks like Overpass has been a map that both have chosen first over 24% of the time, and this one has been good to NiP, who have won close to 70% lately to Fnatic’s 55%, still good, but slight edge to NiP. Nuke would be likely a smart map choice for Fnatic, as it favors them decently. Mirage also favors Fnatic well, and lastly Train is about split. I not only think this one can go full three maps, but I so want it to go three maps, as these two teams will be a treat to watch. ENJOY! Let’s talk players.