Matt Selz breaks down the best DFS NASCAR plays for the Season Finale 500 at Phoenix Raceway based on the starting spots and potential values! 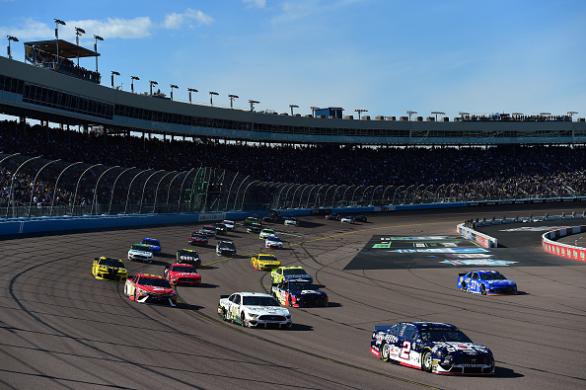 It’s bittersweet writing this final playbook for the 2020 Cup season, fittingly for the Season Finale 500. It’s been a strange year this 2020 has. From it getting going with the horrifying wreck with Ryan Newman to the shutdown of the season just four weeks later to covering iRacing for DFS to getting two races a week for a few weeks and now finally getting a normal run of playoff races in place all the way up to this Sunday’s race at Phoenix.

This track is a change for Championship venue from Homestead-Miami and for the first time in a long time, the championship venue has already been run at previously this season giving teams a leg up on setting up their cars for the final race of the year. This is a tricky 1-mile track that has multiple lines to drive around the relatively flat surface and the restarts here, with a choose cone now, are equally as crazy as the multiple lines as they drive over the 312 laps. If you watched the Truck race on Friday night, you know just what a late-race restart does for the running order and DFS lineups alike.

If you haven’t checked out the Track Breakdown, DFS Rankings, or the Podcast this week those will get you full stats and strategy tidbits in addition to what’s presented here.

These charts are to give you an idea of strategy based on starting spots regardless of the drivers starting in those spots over the last four races here. 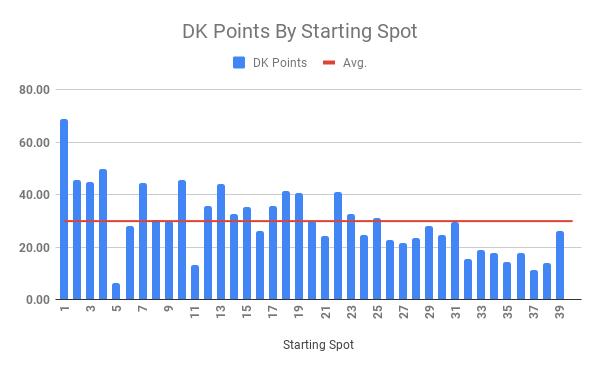 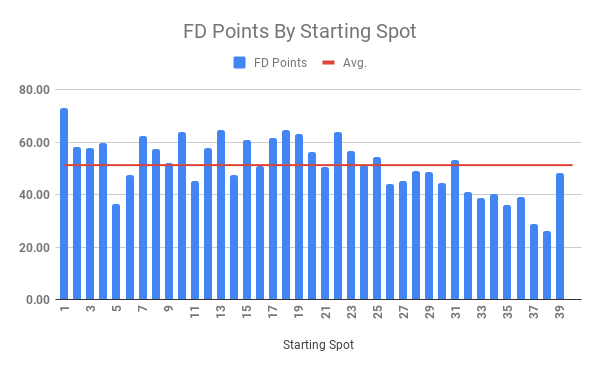 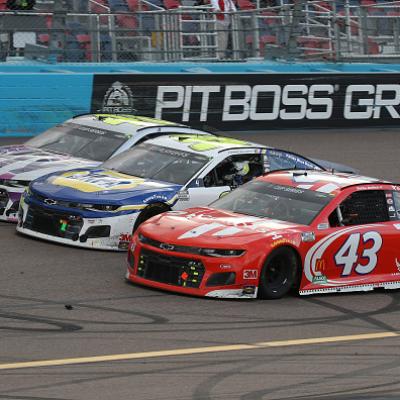 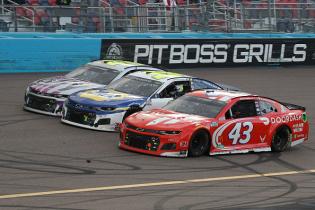 Ky. Weatherman - D
FeraDyne Outdoors and Wolfpack Racing announce that Axe® Crossbows will be the primary sponsor on the Mike Harmon Racing #47 Chevrolet Camaro driven by Kyle Weatherman for the February 13th Beef. It’s Whats For Dinner. 300.
Forged for the fury of the field, Axe Crossbows are engineered from the ground up, to provide an unparalleled shooting experience. Driver Kyle Weatherman is excited for the season to begin, stating “We have been working on our Daytona car, trying to make speed. I’m ready for the season to get rolling. We’re ready to get the #47 Axe Crossbows Chevrolet on the track in Daytona.
Added Yesterday 7:34 pm (EST)
Added Yesterday 7:34 pm (EST)

Ga. Smithley - D
Garrett Smithley will reprise his role as one of the rotating part-time drivers in the Rick Ware Racing NASCAR Cup Series stable for the 2021 season.
Smithley ran a total of 26 NASCAR Cup Series events last season (a career-high), 16 of them for RWR. Smithley’s best finish of 2020 was a 24th-place effort at Indianapolis Motor Speedway. This also marked his career-best finish in NCS competition.
Added Yesterday 3:00 pm (EST)
Added Yesterday 3:00 pm (EST)

Co. Lajoie - D
Spire Motorsports announced today Youtheory® will be the primary sponsor aboard the No. 7 Chevrolet Camaro with driver Corey LaJoie in the 63rd running of the Daytona 500.
The southern-California based manufacturer and lifestyle brand will promote its acclaimed Ashwagandha dietary supplement which, when used over time, combats stress and provides numerous benefits for the body and brain. LaJoie finished eighth in last year’s Great American Race and earned a career-best sixth-place finish at The World Center of Racing in the 2019 Coke Zero Sugar 400. The Concord, N.C., native has logged nine total starts at Daytona International Speedway (DIS) on NASCAR’s senior circuit, including eight on the traditional 2.5-mile superspeedway and one on the daunting 3.61-mile road course.-jayski.com
Added Yesterday 2:57 pm (EST)
Added Yesterday 2:57 pm (EST)

Br. Moffitt - D
CircleBDiecast.com will serve as the primary partner for Brett Moffitt to kick off the 2021 NASCAR Camping World Truck Series season at Daytona International Speedway.
In addition, the diecast retailer will adorn Moffitt’s No. 45 Chevrolet Silverado at Talladega Superspeedway later this season. Moffitt, the 2018 NASCAR Camping World Truck Series Champion and 2015 NASCAR Cup Series Rookie of the Year, has 12 wins, three poles and 39 top-five finishes in 82 career NCWTS starts. In addition, the Iowa-native has 46 top-10 finishes and has led a total of 1,190 laps in his three seasons of full time NCWTS competition.-Niece Motorsports
Added Yesterday 2:47 pm (EST)
Added Yesterday 2:47 pm (EST)

Al. Labbe - D
DGM Racing announced Monday that Alex Labbe will return to the team for the 2021 NASCAR Xfinity Series season.
Labbe, who competed full-time for the team last season, is seeking to run the full schedule again. In its Monday release, the team stated he is currently set to run half the races and that it will pursue additional funding to put him on track for all 33 races. BRP will support Labbe’s No. 36 Chevrolet for four races through its Can-Am brand. The 27-year-old Quebecois notched five top-10 finishes last season on his way to 14th in the Xfinity standings.
Added Jan 25 3:16 pm (EST)
Added Jan 25 3:16 pm (EST)