Justin Vreeland breaks down the current running back ADP field and gives you his take on who is the better back to draft. 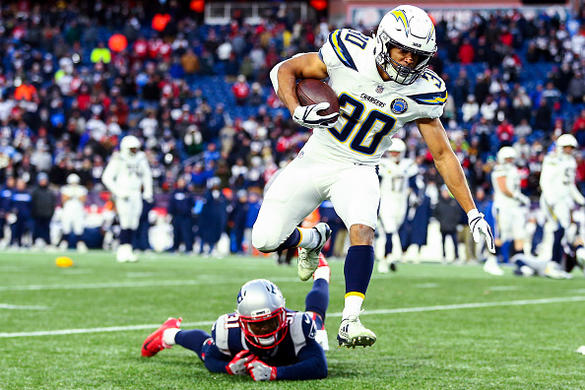 Welcome to the eighth edition of the RB previews! This week we are going to take a look at a few ADP battles among RBs and decide who is the better choice at a similar ADP. The ADP associated with each back is the NFFC ADP for the month of May. By now you know that a players ADP is a tool and that you don’t draft based on what the number is. You want to select the best player that you can with each pick and that is the purpose of this. Without further ado, let’s dive in!

Ekeler is the guy for the Chargers now and fantasy players have put a large amount of faith in him, but is he a better pick than Chubb? Chubb was second in the league in rushing yards with 1494 last season while averaging five yards per carry and finding the end zone eight times. Pretty damn good. To top things off, the Browns have improved their offensive line with the addition of right tackle Jack Conklin and through the draft, using their first round pick for left tackle Jedrick Willis Jr. They also improved vastly at tight end by signing Austin Hooper . Chubb has a big advantage on the ground over Ekeler, but a massive gap in their receiving skill makes this a close battle. Chubb finished with 36 receptions for 278 yards and zero touchdowns on 49 targets, meanwhile Ekeler finished with 92 receptions for 993 yards and eight touchdowns on 108 targets. In a standard league their ADPs would have a wide gap with Chubb winning in a landslide, but in a PPR league this is a player’s choice pick. 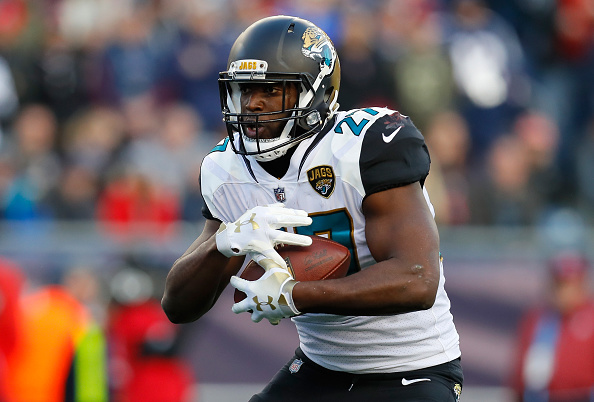 What a difference a year and a half makes. Gurley’s knee issues have lowered his fantasy value vastly and his lackluster 2019 season makes it tough to envision a bounce back. He rushed for 857 yards and 12 touchdowns while averaging just 3.8 yards per carry. He also hauled in just 31 passes for 207 yards, both of which were by far his lowest totals since his rookie season. Meanwhile, Fournette set new career highs in rushing yards (1152), yards per carry (4.3), receptions (76), receiving yards (522), and targets (100). However, his major lack of touchdowns last season (three total), makes this closer than it probably would be. That being said, there’s almost no way that Fournette’s touchdown total will be that low again as even backs on the worst team’s usually score more touchdowns than that, especially when given the type of volume that Fournette is given. Gurley heads to a new team, but it shouldn’t really help him bounce back, as he already played for a high powered offense that led to plenty of scoring chances. Fournette is in a contract year, he is healthy, and he is going to get the volume of touches that we want from our back.

These two backs have a close ADP, but this one isn’t all that close for me. Carson finished fifth in rushing yards last season with 1230 while finding the end zone seven times. He also hauled in 36 passes for an additional 266 yards and two touchdowns. Meanwhile, Johnson looked completely washed up as he rushed for 345 yards and two touchdowns while averaging just 3.7 yards per carry, his second straight season with a sub-4.0 yards per carry average. He also hauled in 36 passes for 370 yards and four touchdowns. If it wasn’t for Kenyan Drake we could possibly say Johnson’s struggles were because of his team, but Drake averaged nearly 5.0 yards per carry and looked better than Johnson by such a wide margin that it made DJ look even worse. I guess people believe that the change of scenery will lead to a bounce back season for DJ, but I’ll take Carson if these two are on the board ten times out of ten.

If we made our selections strictly based on last season’s stats, this would be Ingram by a good bit; however, that’s obviously not what we do and a lot has changed. Montgomery is no longer a rookie and he has had time to improve in areas that needed improvement. He is the guy in Chicago and he should see a good volume of touches. Ingram is now 30-years old and the Ravens used a second round draft pick to select a highly talented back in J.K. Dobbins. These are two backs trending in different directions. Ingram does play in the better offense, but a large drop in volume should be expected, and that is obviously not ideal for fantasy purposes. I will take my chances with Montgomery and hope for a breakout campaign. I don’t see any scenario where I would regret passing up on Ingram between these two, but I could see a scenario where I would regret passing up on Monty.

To be blunt, this one isn’t close for me. Johnson has never had a strong fantasy season to this point and there is no reason to believe that will change this year now that the Lions selected D’Andre Swift in the second round of the draft. Johnson’s best case scenario is a timeshare. The Lions haven’t really shown that they have any clue how to use running backs lately, so it’s tough to envision a back in a timeshare excelling. As for Howard, he is the Dolphins starting tailback and a veteran that we have seen put together multiple strong fantasy seasons already. He has a clear-cut role as an early down back who will also get carries on the goal line. Miami isn’t a powerhouse offense by any means, but Howard is a steady back that will get the job done. People probably view him as a bit boring, but boring production is far more exciting than no production. Howard is the choice here, regardless of scoring format.