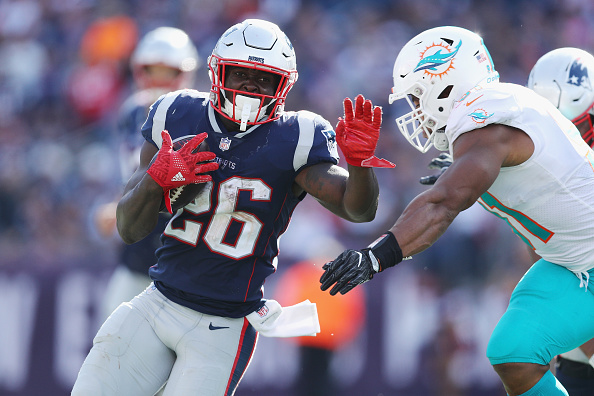 Welcome to the third edition of the RB previews! This week I am going to breakdown running backs who are currently being overvalued in fantasy drafts (based on ADP). These evaluations could change based on what goes down in the NFL Draft, but we can go ahead and get an idea of where some of these players stand now. Being overvalued doesn’t mean that the player will be a massive bust, but more so they just are not worth the pick that they will cost you. Without further ado, let’s dive in!

Joe Mixon (Bengals – ADP: 9.9) – This one is a bit confusing to me. I like Mixon and feel as though he is a good player, but I am not sure how his ADP is higher than last year after the 2019 season he had from a fantasy standpoint. He had 1424 yards from scrimmage, eight total touchdowns, and his reception total dropped to 35 while playing in all 16 games. The Oline issues that the Bengals had last season still exist. Are we 100-percent sure that a rookie QB (Burrow) vaults Mixon into a top-10 pick value and vaults the Bengals offense in a huge way? This is a good player who is still stuck in a bad situation. The Bengals are still likely to be bottom-dwellers and trailing in many games. Add to all of that the fact that Mixon is prepared to holdout (which has been awful for fantasy when others have done it) and this is someone I would avoid unless he slides a bit in the draft. He is not the route I would go at pick nine or ten.

Miles Sanders (Eagles – ADP: 18.7) – Sanders seems like the worst running back value in the top-100 picks to me. Sanders will have the lead role, but he won’t be a workhorse. Since Doug Peterson took over the head coaching duties in 2016, the Eagles have not had a single running back rush for over 850 yards. That’s a four year sample of weak rushing totals. He doesn’t ever lean heavily on one running back and there is no reason to think that will change this season. They also still have Boston Scott , who played well last season, and they will likely select another compliment back in this draft. On top of all that, the Eagles are a pass-first offense that relies on Carson Wentz and will have some of their receivers back this season (Alshon Jeffery , DeSean Jackson ). I can’t see taking a guy like Sanders over some of the high-volume backs that are going after him. He will be a solid fantasy asset and a guy you can play on a weekly basis… but solid is not what I am looking for out of a top-20 pick, I want elite volume and production.

Sony Michel (Patriots – ADP: 104.8) – Michel is a guy that I feel like gets overvalued on a yearly basis and this year isn’t any different. A near 105 ADP isn’t even a high pick, but Michel is unplayable in PPR leagues and his value in STD leagues could vanish if/when the Pats select a running back in the draft. He has failed to reach 1000 rushing yards in either of his seasons in the league and he has just 19 receptions across 29 career games. That is a 0.66 reception per game rate. It’s tough to find much work in the passing game on a team that has James White , but Michel’s career catch rate of 61.3-percent doesn’t help his cause either. Michel is a touchdown-dependent back with a very low floor and also a low ceiling. In the post-Tom Brady era it is likely that Michel faces stacked boxes at an even higher rate this season which could lower his yards per carry even further (only averaged 3.7 yards per carry last season). I wouldn’t select Michel anywhere near this pick and it would take a huge slide for me to consider taking him.

Tevin Coleman (49ers – ADP: 134.2) – I can’t think of any circumstance where Coleman is fantasy relevant this year, barring multiple injuries. He is currently second on the depth chart behind Mostert and he also has Breida and McKinnon to fight for touches with. Mostert (5.6) and Breida (5.1) both averaged over five yards per carry last season, while Coleman came in at 4.0 yards per carry. That’s a big drop off in production. He isn’t an asset in the passing game either, with just 21 receptions last season and a career catch rate of 68.9-percent (poor mark for a running back). There is too much competition here and Coleman is the worst player of the bunch, so I can’t really see how Coleman is playable in fantasy at any point this year. There are plenty of players with much higher upsides that you can take around this pick (or later).

Keep in mind that this is a pre-NFL draft piece and that both ADP’s and values could/will change immensely based on what goes down in the draft. Follow me on Twitter @JustinVreeland and feel free to shoot me a message with any ideas that you have in mind on what you would like to see in these running back breakdowns.