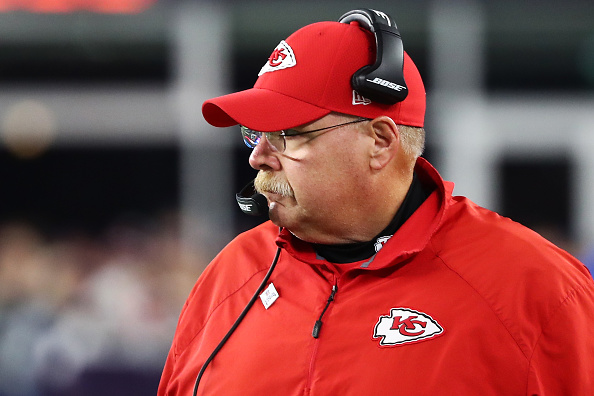 Time to head out west in the AFC…

Offensive Breakdown: Always a bridesmaid but never a bride, long-time DC Vic Fangio finally gets his first crack at a head coaching position. He immediately passed his first test by accepting the fact that he will not be running the offense. He will have obvious say in the system being run, but his focus remains on the defensive side of the ball. He first brought in Mike Munchak to be the Broncos’ offensive line coach, a position he held for the five years prior in Pittsburgh. As a former DC, Fangio knows he needs to dominate the line of scrimmage and Munchak helped the Steelers to a top-10 o-line ranking each year during his tenure. From there, he brought in former Niners QB Coach Rich Scarangello who is expected to install a West Coast offense similar to what Kyle Shanahan does in San Francisco.

The focus will still be on establishing the ground game early and Munchak will utilize a zone-blocking scheme which should benefit Royce Freeman . But, through the air, Scarangello wants to lean on the short-passing game, keep his running backs involved with screens and allow that to open up bigger plays downfield. Don’t be surprised to see some of the more popular trends like RPO and jet-sweeps sprinkled in as, again, that what everyone does.

Defensive System: 3-4 base with multi-front looks and zone coverage

Defensive Breakdown: If you’ve watched Vic Fangio’s defense over the years, you know exactly what you are getting….sort of. While the base defense is 3-4, Fangio likes to mix it up with his edge-rushers and you’ll end up seeing a lot of different looks up front. He had Khalil Mack moving from the line to linebacker often and confused offenses with a variety of looks. You didn’t know if he was coming at you with an all-out blitz or if he was dropping seven into coverage. He’ll have that same luxury and more this time with Bradley Chubb and Von Miller .

Coverage-wise, he’ll float between different schemes with the Cover-2 likely being the one we should see most often. He brought slot corner Bryce Callahan over from Chicago with him, so with Chris Harris now on the outside, don’t be surprised if we do see a little more press-coverage in man-to-man. The bottom line is Fangio isn’t one of the most successful defensive coaches in the NFL for nothing. Expect the unexpected.

Offensive Breakdown: The base of Andy Reid’s offense is actually quite simple. He likes a high-volume ground game with your typical West Coast-style passing (short, quick routes) that set up play-action and larger plays downfield. Where it gets confusing for the opposition is in all the pre-snap motion they like to throw in there to keep the defense on its heels and looking in multiple directions.

From a fantasy perspective, this is exactly the type of offense you want to buy into. Reid likes to go with one primary running back who he also keeps heavily involved in the passing game. Over the years, we’ve watched him develop some amazing fantasy players from Jamaal Charles and Priest Holmes to Kareem Hunt and Damien Williams . Even Spencer Ware flashed some talent inside this system. Reid’s offensive line is versatile and can open up plenty of running lanes as well as pull to the outside and block downfield.

With defensive fronts struggling to contain the run, the short, quick passes end up yielding bigger gains as guys like Tyreek Hill and Travis Kelce gain separation and pick up extra yardage after the catch. There’s so much to monitor for a defensive unit, the bigger plays downfield are tougher to defend and you see greater success for the Chiefs offense.

Defensive Breakdown: The Chiefs made a big move in the offseason by changing defensive coordinators for the first time in Reid’s tenure as head coach. Bob Sutton is out and the well-traveled Steve Spagnuolo is in. Spags found tremendous success as the two-time DC of the New York Giants and is often credited with being the guy behind that huge Super Bowl upset of the Patriots that cost Bill Belichick and Tom Brady their perfect season.

The Chiefs will move to a four-man front with a Cover-4 base this year and you can expect a ton of pressure on the quarterback. Spags likes to blitz often in an effort to rattle the play-caller, but you’ll see it coming from a variety of directions, including plenty of corner-blitzes. It’s an aggressive style, but one that has proven effective against some of the strongest passers in the game.

Offensive Breakdown: Overall, the offensive scheme hasn’t changed here in Anthony Lynn’s tenure as head coach, and actually, it hasn’t really changed under OC Ken Whisenhunt’s tenure which is one year longer than Lynn’s as he was the only hold-over from the previous regime. It’s always easier when the head coach shares an offensive philosophy with his OC but also understands his own limitations and lets that OC run the show which is what we get here in Los Angeles.

With a base in the Erhardt-Perkins scheme, the Chargers are a run-first team that uses play-action to set up the bigger plays downfield. Melvin Gordon , if he ever decides to show up in camp, will lead the charge while Philip Rivers spreads the ball around to his wideouts and tight end, however, one of the changes we did see last year was an increased use of shorter routes, even on the play-action. The offensive line had some issues in pass-protection and in an effort to keep Rivers upright, they needed plays to develop quicker. We will likely see that again this season as they didn’t do much to improve it over the offseason.

Defensive System: 4-3 with a Cover-3 zone

Defensive Breakdown: Gus Bradley returns for a third season and will continue to run the same defensive scheme he always does. Adding run-stopper Jerry Tillery to the middle of the defensive line will help free up Joey Bosa and Melvin Ingram on the outside while this veteran secondary (and yes, I’ll treat second-year safety Derwin James as a veteran with the way he played last season) continues to work in a traditional Cover-3 zone. They’ve been a top defensive unit for a few seasons now so this falls under the “if it ain’t broke…” philosophy.

Offensive Breakdown: There were a lot of question marks that surrounded the return of Jon Gruden to Oakland and they began with his OG offensive philosophy. The West Coast offense he implemented was steeped in the more traditional, short high-percentage passes with zone runs to set up the deeper plays on the outside and, believe it or not, it worked on many levels. The offensive line was a mess, so adjustments needed to be made, but overall, with defenses looking more for modern-day, creative offensive schemes, the traditional run-heavy look was creating difficulties. It wasn’t perfect, but with some improvements on the o-line, a younger, stronger running back to lean on and a better possession receiver than Jordy Nelson in-house, things could work.

Gruden spent the offseason making just those improvements as the offensive line added Trent Brown and Richie Incognito , Josh Jacobs is now the lead running back and is there a better possession receiver capable of also being a deep threat than Antonio Brown ? The game plan stays the same, but the improved personnel should make it work.

Defensive Breakdown: Gruden’s man to head-up the defense, Paul Guenther, returns and we should see the same scheme he implemented last year. He likes to bring the pressure and will have a variety of different blitz packages, though he does love his double-A-gap blitz which helps put his edge rushers into more one-on-one situations. The big difference for Guenther this year is the personnel. He lost Khalil Mack almost instantaneously last year when Gruden traded him out of Oakland and he had to patch things up with what he had. This time, he’s got some young, athletic pass-rushers in Clelin Ferrel and Arden Key to help keep the pressure on opposing quarterbacks.

Two things to monitor here – No. 1: Can Vontaze Burfict stay out of trouble?   We’ll lean towards no, so look for Nicholas Morrow and Koa Farmer to try and elevate their games. And No. 2, is there enough speed and wherewithal between the linebackers and safeties to not be vulnerable to the passes in between them? That was a huge hole last season and a major reason why Travis Kelce burned them for 230 yards and two touchdowns on 17 catches last season. They may need a stronger fix for this.