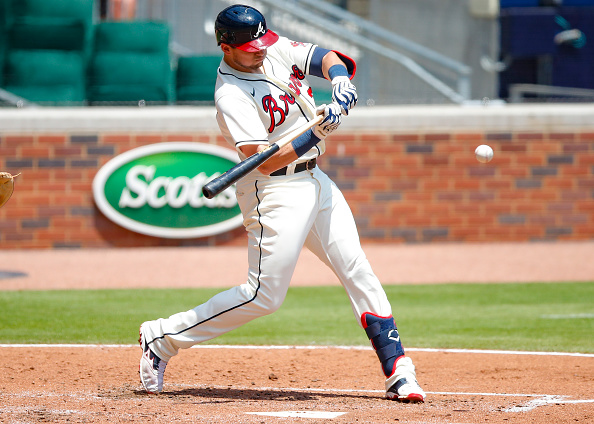 Austin Riley (ATL); FAAB Bid: 8-10% - Go big or go home, right? I’m taking a bold stance with some hitters and not all will be available in your leagues but these are the names I am running to grab at the moment. Since last Sunday, Austin Riley has been raking. And I don’t even know if “raking” does him justice. Entering Sunday Riley had four home runs and four doubles in that time frame. And then he went out and added two more dingers on Sunday. So dating back to last Sunday he has six home runs, four doubles, 11 RBI, and ten runs scored. Strike while the iron is hot.

Miguel Sanó (MIN); FAAB Bid: 7-8% - I’m going to go a little bold here because Sano’s been flashing the power lately. I didn’t want to overreact to his three-home run performance last Tuesday, but he hit another on Thursday and Saturday. The overall numbers are still pretty putrid if you’re solely looking at his slash line (.190/.319/.460) and he’s a nightmare in points leagues due to his propensity to strikeout. However, since May 15th he has 11 hits, nine of which have gone for extra bases. So, when you add him you’re looking at the recent trends and ignoring the slow start.

Jazz Chisholm Jr. (MIA); FAAB 7-8% - While some of you may roll your eyes at this mention, he is worth discussing just to cover my end. I’m well aware he’s only available in the most shallow of leagues. But since he’s returned from the IL, he hasn’t missed a beat. Since last Sunday he has eight hits, four runs scored, four RBI, a stolen base, and a home run. Like I said, he hasn’t missed a beat. He’s only a shallow league grab but worth a respectable FAAB bid.

Brandon Crawford (SF); FAAB 7-8% - Crawford was mentioned a week ago as a replacement to Corey Seager and even I couldn’t have predicted the week he would go on to have. Last week he scored seven runs, drove in eight RBI, and hit a pair of home runs. The Giants hit the road this week as they visit the Diamondbacks and Dodgers and they’ll get six games in the coming scoring period so Crawford is still looking like an add off waivers that can produce for your fantasy squad.

Yusei Kikuchi (SEA); FAAB Bid: 6% - What normally bugs me about Kikuchi is that he won’t have many two-start weeks… EXCEPT THIS WEEK! Is he a sure thing? No, his 1.62 HR/9 says otherwise. However, the Mariners let him pitch pretty deep and he averages a strikeout per inning. With two starts in the coming week (against Oakland and Texas), the volume will be there for him and it’s possible he gets you a pair of quality starts if he just simply limits the damage.

Rich Hill (TB); FAAB Bid: 4-5% - Yep, I’m going back to the well with Rich Hill once again. The ownership is on the rise and for good reason. He’s coming off back-to-back wins and he’s logged three straight quality starts. He’s averaging a strikeout per inning and he’s looking like the “good” Rich Hill despite his age. He’s only on tap for once start this coming week (on Tuesday against Kansas City), but he gets two starts the following week against the streaking Yankees and then against the Rangers. He’s a very solid add as of right now. Hopefully the minor injuries he’s prone to don’t plague him.

Merrill Kelly (ARI); FAAB Bid: 3-4% - If you go out and record a dozen strikeouts against the Los Angeles Dodgers, you’ve earned yourself a mention as a waiver wire grab. Kelly has had nine starts this year. In only three of them has he allowed fewer than three earned runs. And it’s a coin toss if he can even get through six innings to register a quality start. However, if you eliminate his first three starters to the season he’s done okay. Over his last six starts he has a 3.53 ERA (3.68 FIP and 3.85 xFIP), and he’s averaging a strikeout per inning. He gets a home start this week against the Giants and then he shapes up to be a two-start pitcher the following week. He’s not a must add, but an interesting one at that.

Michael Fulmer (DET); FAAB Bid: 8-10% - I mentioned Fulmer a week ago and why not go back to the well? Since being moved to the bullpen about two-and-a-half weeks ago, Fulmer has four saves, two wins, has ten strikeouts and one walk in ten innings of work out of the bullpen. This is the type of situation where he may get dealt later in the season as playoff contenders seek bullpen help. But it’s only May and if he can help your team for the next two months by all means grab him as the ownership should spike in the coming days.

Tejay Antone (CIN); FAAB Bid: 4% - Eventually they have to do something meaningful with Antone, right? His K/9 is nearly 12.00, he’s only had one truly “bad” appearance, and they’ve teased using him in the rotation and they’ve let him collect the occasional save. More recently on Friday, he got himself a save. He’s done everything they’ve asked him to and even if they simply feature him as the eighth inning guy going forward, I’d gladly take that. As of Joe Gallina’s most recent Closer Grid it looks as if Antone is the closer, but we’ll see if this plays out in our favor.

James Kaprielian (OAK); FAAB Bid: 2% - You know I love me a good SP/RP and if he’s averaging over a strikeout per inning you know my engines are revved. It would be nice if Oakland would let him go six innings to collect a quality start. However, his next two starts project to come against the Mariners so that has to count for something. The Mariners are a team that strikes out a good amount. Their 25.8% strikeout rate against RHP’s is seventh-worst in the league and they’ve lost six straight games. If you can get a cheap arm against a bad team, by all means go for it and reap the rewards.